Barcelona’s hopes of landing the only missing European accolade are on the line as they travel to the Nef Stadium to take on Galatasaray in the second leg of their evenly-poised Europa League last-16 tie.

A scoreless first-leg draw at Camp Nou maintained Galatasaray’s hopes of a first European title in 22 years. The Turkish heavyweights go into proceedings in a confident mood after dispatching fierce domestic rivals Besiktas 2-1 earlier this week. However, there is no room for complacency. Galatasaray had lost six consecutive European fixtures against Spanish opponents by an aggregate score of 21-2 before holding Barcelona goalless last time out. Domenec Torrent’s men have been nothing short of outstanding defensively in the Europa League proper this term, keeping five clean sheets across their seven matches in the competition. Adding to Galatasaray’s confidence, they boast an eye-catching 75% conversion rate across two-legged knock-out ties after drawing the first leg on the road, having won 12 out of 16 such contests.

In the meantime, Barcelona’s thumping 4-0 home triumph over Osasuna at the weekend has lifted the visitors’ spirits ahead of this trip. The Spaniards will have to make sure to lace up their scoring boots after experiencing mixed fortunes across their seven previous continental visits to Turkey (W3, D1, L3). What’s more, the ‘Blaugrana’ may have swept Napoli aside with a comprehensive 4-2 win away from home in the return leg of their Europa League last-32 tie, but it was only their second victory across their last 12 springtime European fixtures on hostile turf (D4, L6). Against this backdrop, Xavi Hernandez’s men have turned on a beast mode in their recent road trips, clocking up four wins from their last five away games in all competitions (D1). Yet, it’s worth noting that Barcelona’s overall record in two-legged knock-out ties after drawing the first leg at home reads indifferently (W6, L6). 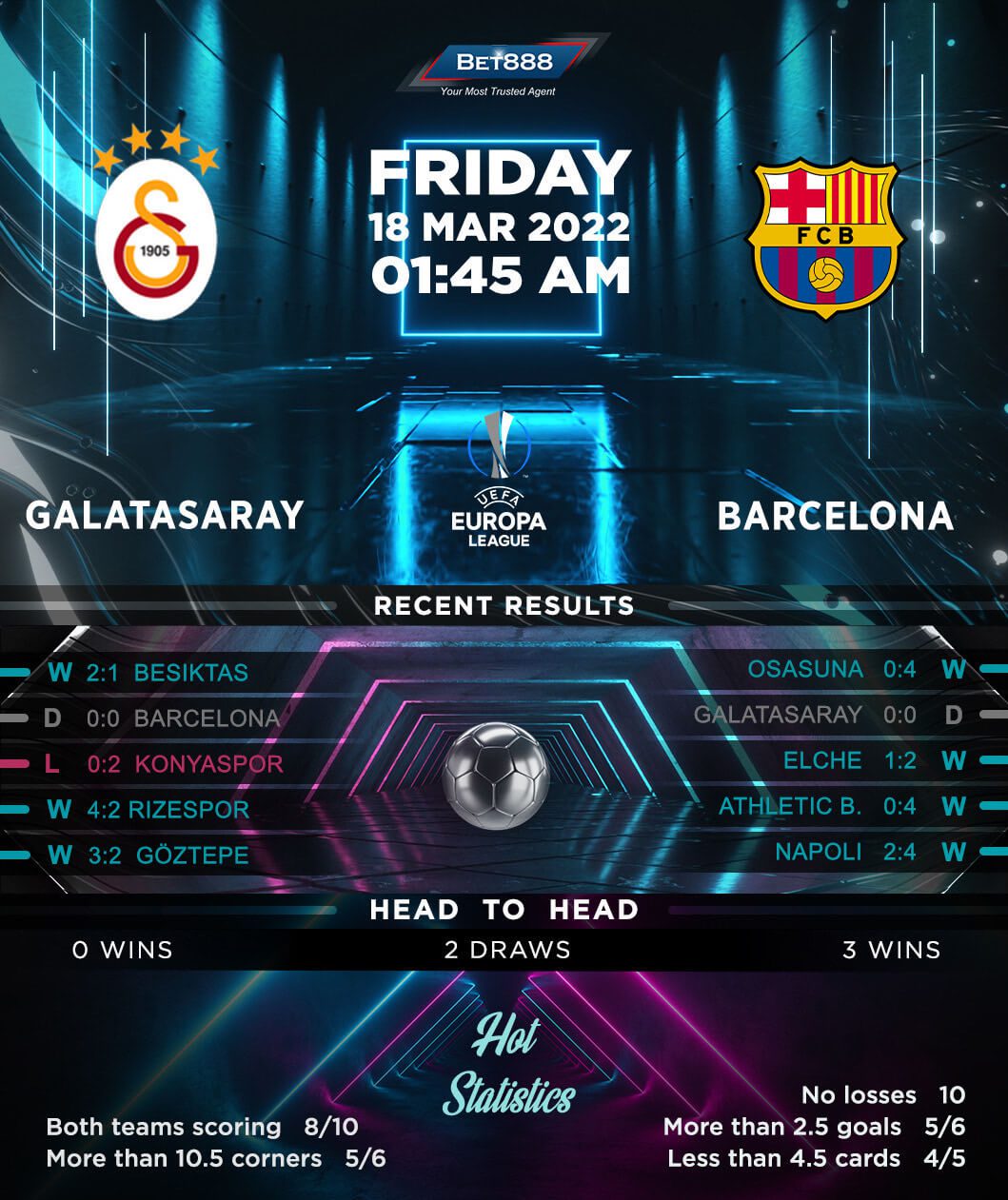