Galatasaray and Villarreal are set to trade tackles in an exciting mid-season friendly at the NEF Stadyumu.

Galatasaray headed into the World Cup break on the back of a scintillating 7-0 romping of Istanbul Basaksehir, which helped them stay within a two-point distance of Super Lig leaders Fenerbahce. However, Okan Buruk’s team fell to a narrow 1-0 defeat to La Liga surprise package Rayo Vallecano in their first mid-season friendly, ending a decent run of four consecutive victories. Galatasaray’s scoring blank against the Vallecas might have been a fluke, considering they had netted 2+ goals in six successive games beforehand, suggesting Villarrel’s backline could be under severe pressure. With four of Galatasaray’s last five matches seeing the team to break the deadlock eventually win the game (W4, L1), getting off the mark first could be crucial for either side.

In the meantime, visiting Villarreal rounded off pre-World Cup domestic proceedings with a staggering 9-0 demolition of lower-league Spanish outfit Santa Amalia, building on a hard-fought 1-0 victory at Espanyol in the final pre-tournament La Liga fixture. But despite opening the scoring, Quique Setien’s lads fell to a 2-1 loss to Fenerbahce in their first mid-season warm-up clash, meaning none of their last six matches have ended as a draw (W2, L4). With five of those six games (won/lost) seeing the winner keep a clean sheet, ‘La Submarino Amarillo’ will be looking to fly out of the traps again. But it’s worth noting that the Spaniards have failed to score in three of their last six away matches while bagging precisely one goal in two of the remaining three in that span. 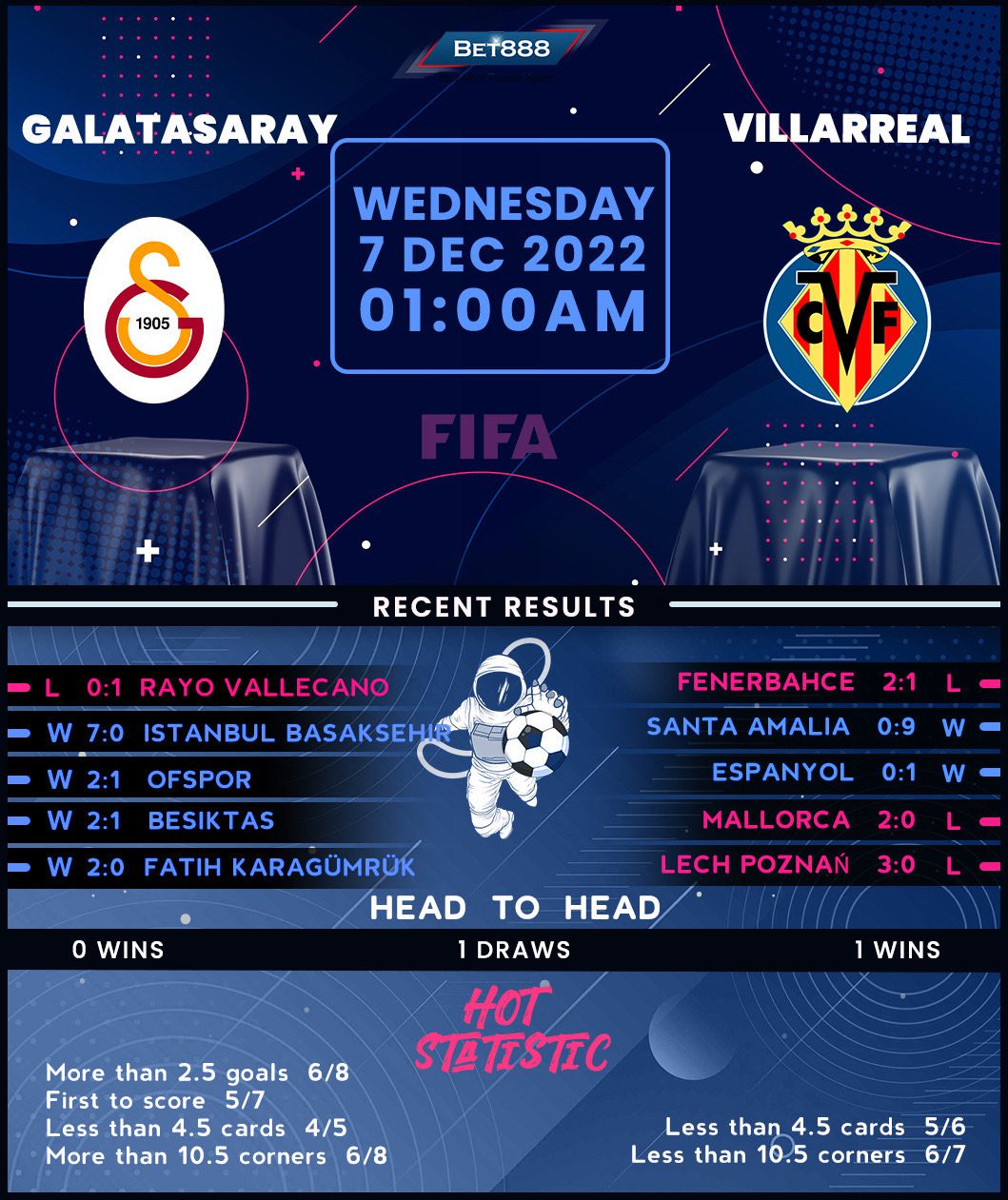