A comfortable 2-0 triumph over Tampines Rovers on Matchday 2 stretched Gamba’s imperious unbeaten run in all competitions five matches (W4, D1), marking a notable upturn in form compared to four straight losses beforehand. If football follows the script, a landslide victory for Gamba is on the cards, considering three of their last four competitive games have yielded wins via a two-goal margin. Delivering action from the get-go, the Japanese heavyweights have netted a first-half opener in four of their previous five outings across all competitions. Since losing their first-ever encounter against Jeonbuk, Tsuneyasu Miyamoto’s men have gone unbeaten in their subsequent competitive H2Hs (W1, D2), despite conceding first twice in that run of clashes. However, it’s worth noting that their last meeting dates back to September 2015.

Meanwhile, Jeonbuk claimed a tight 2-1 home win over Chiangrai United in their Group H opener, starting their Champions League with flying colors. Ahead of the kick-off, the visitors have enjoyed a massive upturn in form, going from eight successive matches without winning (D5, L3 – 90 minutes only) to back-to-back triumphs, both of which saw them win the first half ‘to nil.’ A 5-1 thumping of domestic rivals Seongnam in their most recent road trip brought Jeonbuk’s four-match winless away streak to a halt (D3, L1). However, Jeonbuk’s defensive woes remain a reason for concern, with the ‘Warriors’ failing to preserve a blank sheet in six of their last seven road trips in all competitions. Topically, they’ve conceded at least once in both of their previous away H2Hs with Gamba. 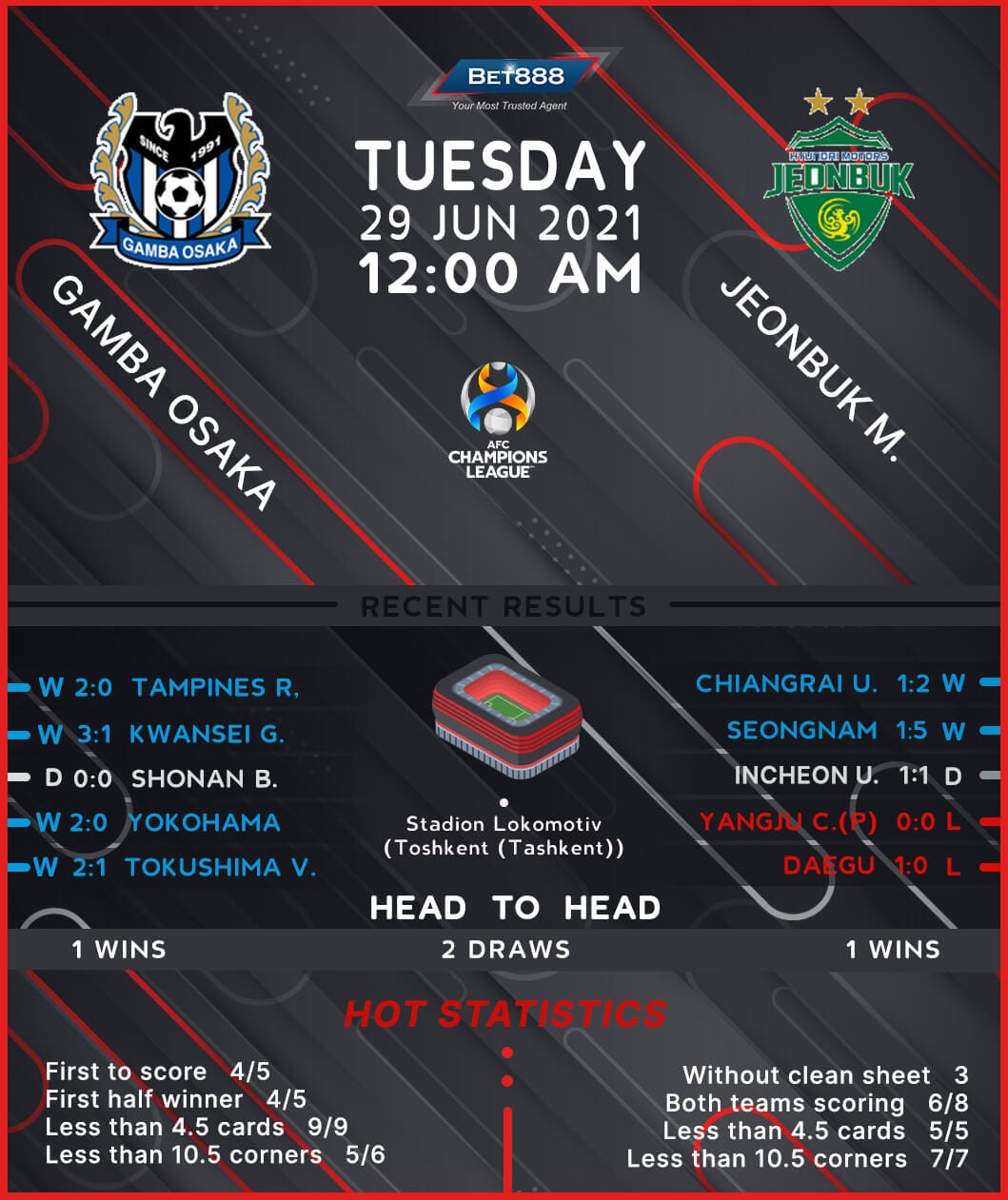