Out-of-sorts Gamba Osaka will trade tackles with an improving Tokushima Vortis side at the Suita City Football Stadium in a must-win J1 League showdown.

Gamba have endured a massive dip in form since pulling off a narrow 1-0 away win over Sagan Tosu in mid-April, going winless in their subsequent seven J1 League matches (D2, L5). The ‘low-scoring’ theme has highlighted Gamba’s recent league fixtures as ten of their last 12 in the competition have featured under 2.5 FT goals. Alarmingly, the ‘Black-and-Blues’ have failed to get on the scoresheet in four of their five home J1 League games so far and remain the only side yet to win at home this season (D2, L3). Home and away, Gamba have netted just three goals and are the only team in the Japanese top-flight yet to hit double digits. Encouragingly, though, they now face a side they have never lost to in a competitive match (W5, D1).

In the meantime, Tokushima have eked out just one win in their last eight games in all competitions (D3, L4), courtesy of a 1-0 away league victory at Hiroshima mid-May. For the visitors, goals have been at a premium lately, as they’ve scored one or less in each of their last ten outings in various competitions. Since being held to a 1-1 draw to Oita in their first road trip of the season, ‘Vortis’ haven’t drawn any of their last eight away J1 League fixtures (W3, L5), with six of those eight results (win/loss) seeing the winner on the day keep a clean sheet. Early action is well on the cards, given that 44.44% of Tokushima’s away J1 League matches this season have seen a goal inside the opening 15 minutes of play (4/9). 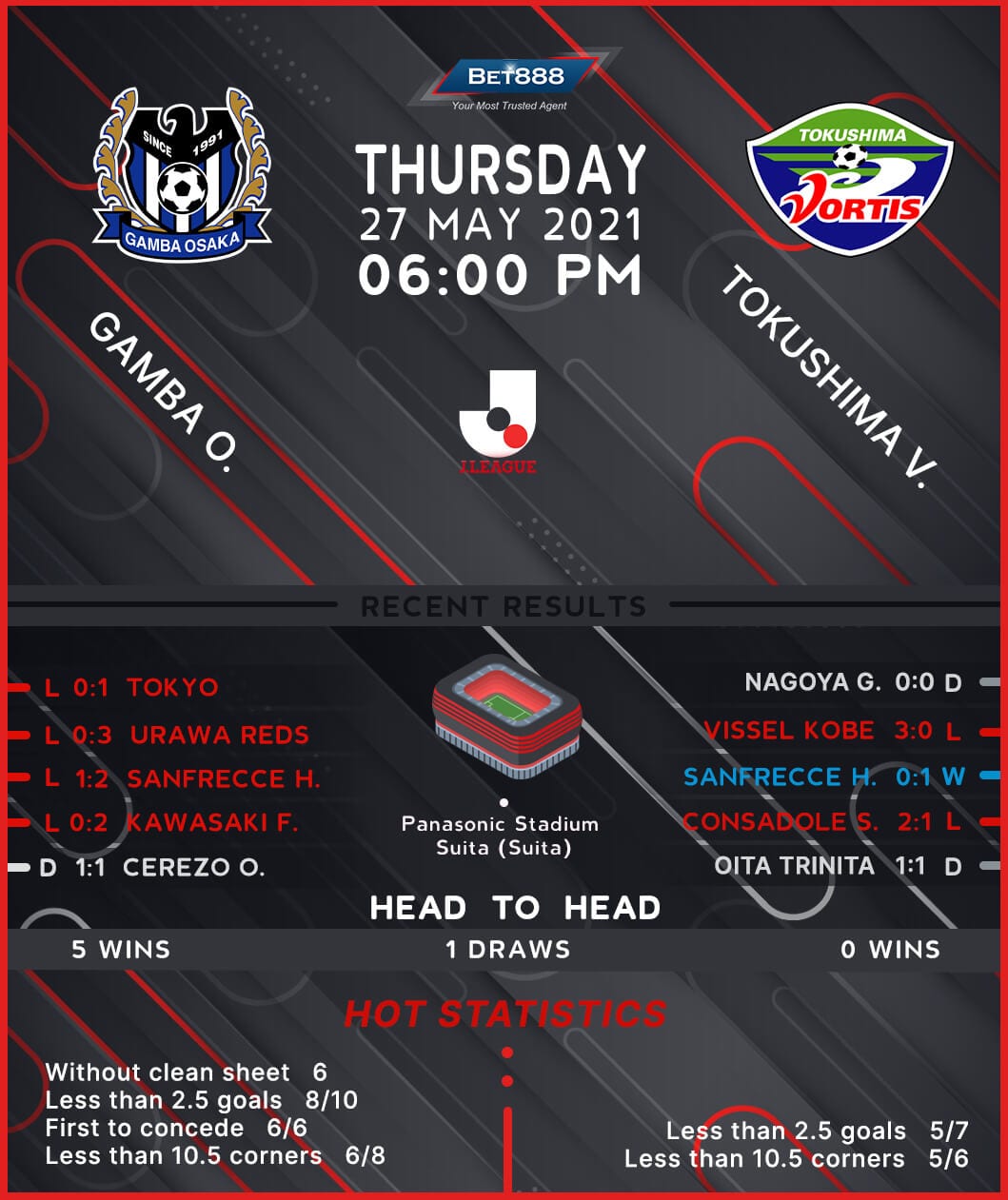