Juventus travel to the Stadio Luigi Ferraris to meet Genoa in a potentially high-scoring Serie A affair. Three of their last four top-flight H2Hs held at this stadium have seen over 3.5 goals and both teams on the scoresheet.

Since dismantling Crotone 4-1 at home on Matchday 1, Genoa have gone winless in nine consecutive Serie A fixtures (D3, L6), drawing a blank on four of those occasions and scoring precisely once per game in the other five. Furthermore, ‘Il Grifone’ come into this clash on the back of the club-worst four-game losing home Serie A streak, conceding an average of 2.25 goals per loss in that period. It’s also worth noting that the hosts have lost more Serie A matches (64 out of 106) and conceded more league goals (216) against Juventus than against any other side. Curiously, none of their eight previous top-flight H2Hs held at this venue has ended in a draw (W3, L5), with the teams alternating between a win and a loss on the last seven occasions.

Meanwhile, encouraged by a 3-0 hammering of Barcelona in the Champions League midweek, Juventus will be looking to maintain an unbeaten start to their Serie A season (W5, D5). Although Andrea Pirlo’s men have yet to lose a Serie A match away from home, four of their five league trips have ended in a draw (W1). Quick out of the blocks, though, ‘I Bianconeri’ have got on the scoresheet with 25 minutes in their four previous away Serie A games while scoring in the opener in the last three. Despite failing to keep a clean sheet in each of their five league trips this season, the visitors have allowed a league-low 23 shots on target on an average of just 2.56 per game. Yet, they have conceded over 1.5 goals in three of their last four away top-flight H2Hs. 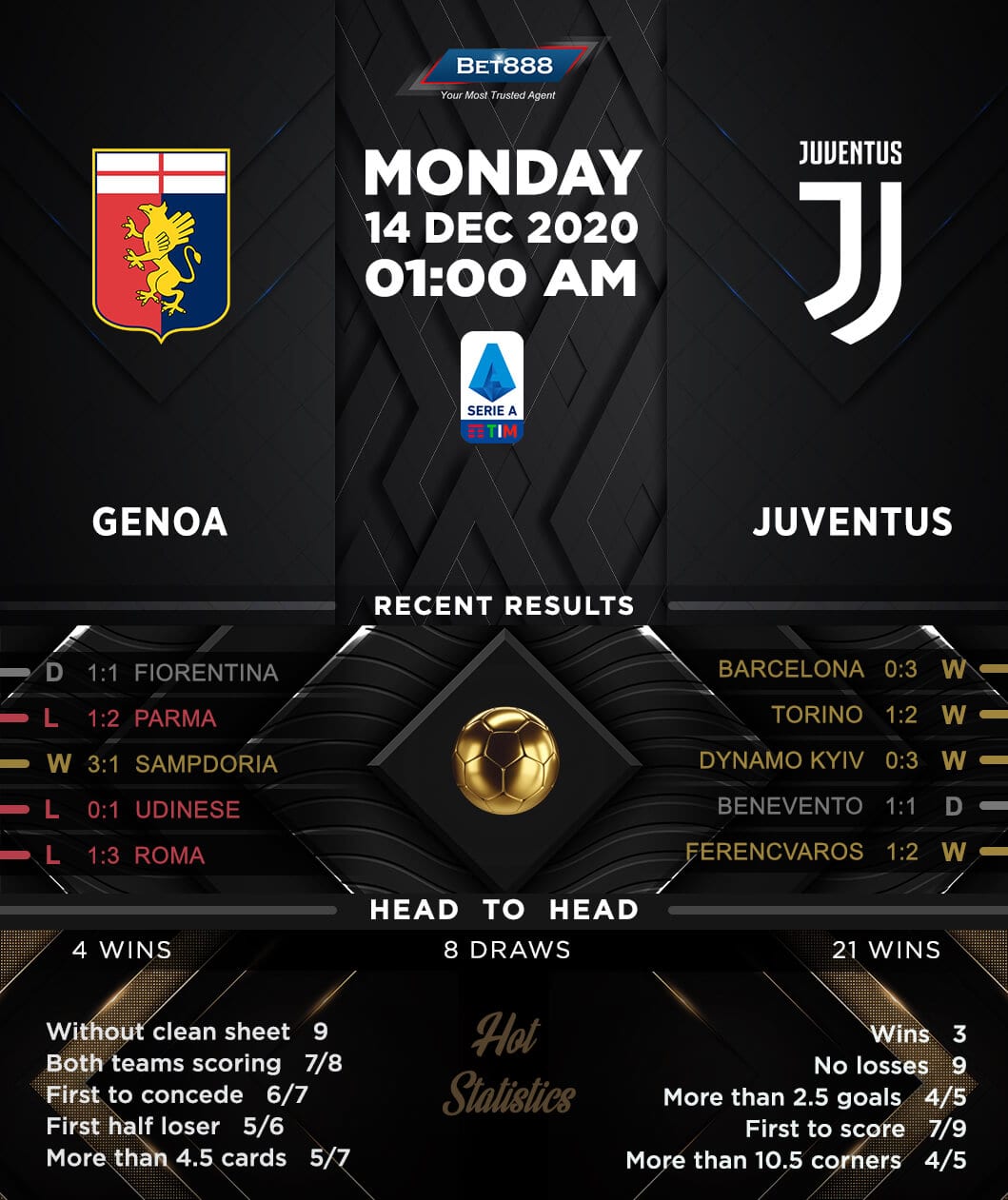