Desperately seeking some improvement, Spain travel to the Boris Paichadze Dinamo Arena to meet Georgia in the second round of their World Cup Qualifying.

A 1-0 away defeat to Sweden in their Group B curtain-raiser has drastically lowered Georgia’s chances of qualifying for their first World Cup finals. Consequently, they are now winless in six competitive fixtures on the bounce (D3, L3), having netted under 1.5 goals on five occasions in that run. Another potential worry for the ‘Crusaders’ is a lackluster home form that has seen them fail to win six of their last seven home matches (D4, L2) despite keeping a clean sheet four times in that sequence. Furthermore, it has been almost 15 years since Georgia last managed to outscore a team sitting inside FIFA’s current top-ten rankings on home soil, with the previous success coming at the expense of Uruguay in 2006. The only encouragement Willy Sagnol can find is that his men defeated Spain 1-0 in their last international collision.

Meanwhile, despite starting their World Cup Qualifying campaign with a whimper rather than a bang (1-1 home draw with Greece), the Spaniards have stretched their undefeated record in World Cup qualifiers to 64 (W50, D14)! Worryingly, though, Luis Enrique’s men have now picked up only three victories in their last nine international outings (D5, L1), frustratingly scoring under 1.5 goals on seven occasions in that spread of games. Away from home, ‘La Furia Roja’ have failed to win any of their last seven internationals (D6, L1), with five of those six stalemates producing the identical 1-1 scoreline. To their defense, four of those seven fixtures paired Spain against European juggernauts – Germany, Portugal, the Netherlands, and Switzerland. 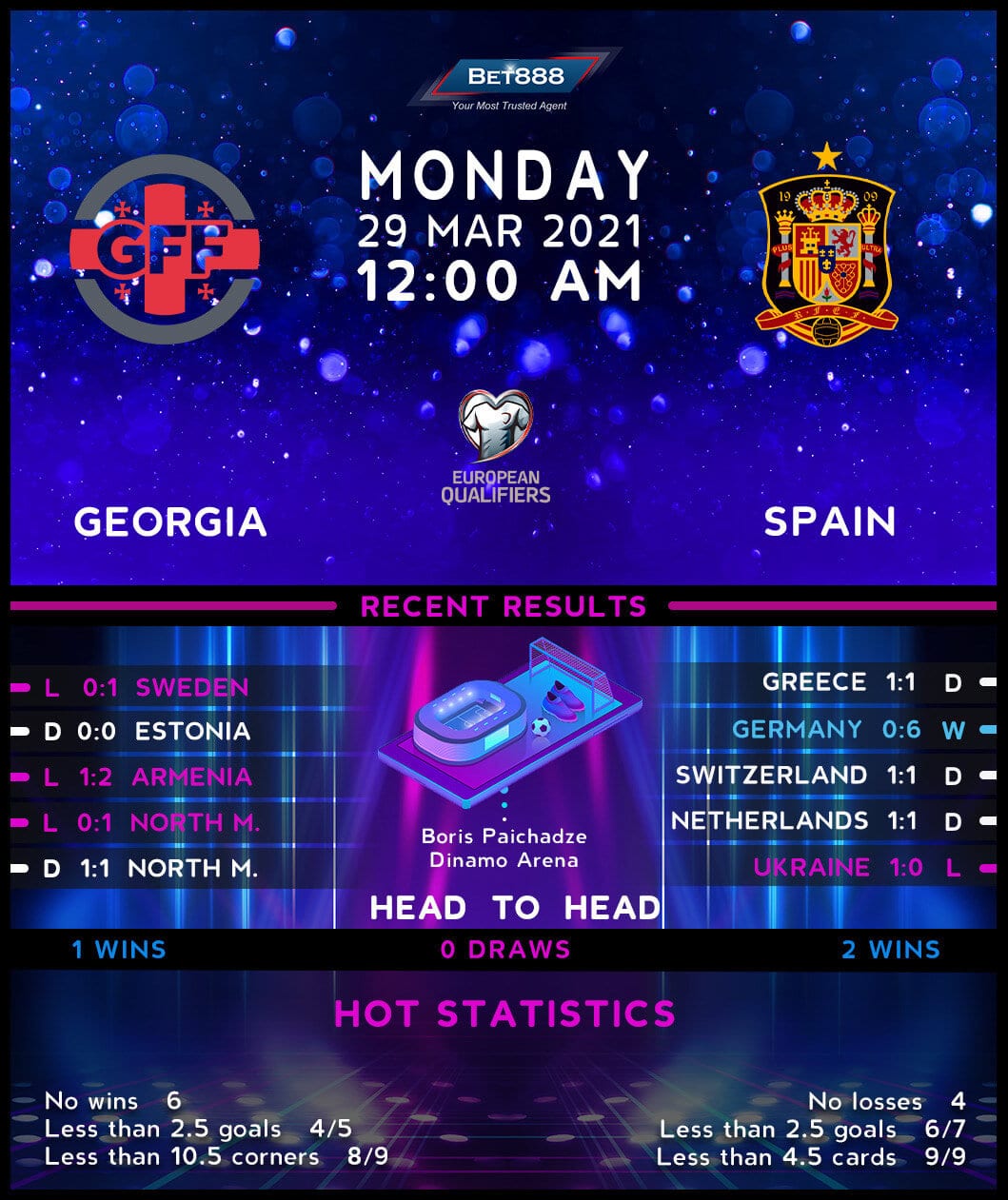