Allianz Arena is the venue as Germany and Hungary go head-to-head in their decisive Euro 2020 Group F encounter.

After falling to a 1-0 loss to France in their Group F curtain-raiser, Germany picked themselves up to dismantle reigning European champions Portugal 4-2 on Matchday 2, putting one foot into the knock-out stages. The victory over Portugal stretched Germany’s outstanding form to just three defeats in their last 22 international fixtures on home soil (W11, D8). What’s more, the Germans have netted an intimidating average of 2.6 goals per game across their previous ten home matches (W5, D3, L2). However, Joachim Low will be desperate to shore up Germany’s defensive leaks, having overseen his side keep just three clean sheets in their last 16 internationals overall. Hungary could be the perfect opposition for the job, considering ‘Die Mannschaft’ have won their previous two H2Hs by an aggregate score of 5-0.

In the meantime, Hungary’s heroic performance on Matchday 2 saw them hold reigning World Cup champions France to a 1-1 draw following a 3-0 thumping at the hands of Portugal in their group opener. But for Hungary, goals have been in short supply lately as they’ve netted under 1.5 goals in each of their four previous internationals, with both strikes in this sequence coming inside the final ten minutes of the first half. The Hungarians have gone winless in their last five Euro matches in a row (D3, L2) since beating Austria 2-0 at Euro 2016. That win against Austria remains Hungary’s solitary clean sheet in their ten games at the European Championships. Moreover, they have failed to win their final group stage fixture in any of their last four major tournament appearances (D2, L2) since beating Bulgaria 3-1 at the 1966 World Cup. 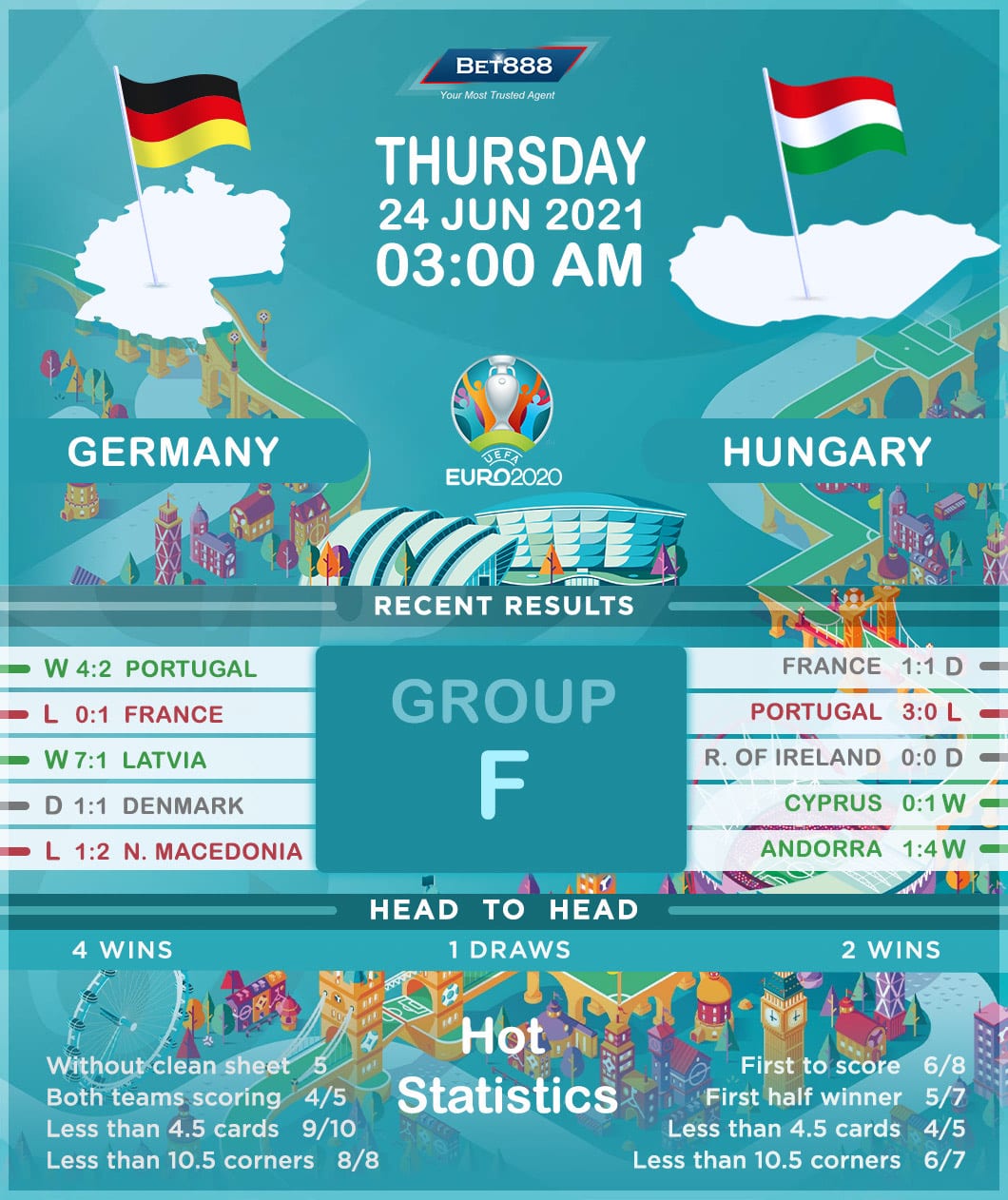