Germany will be looking to stretch their unbeaten run in World Cup Qualifying to 34 matches (W28, D5) when they lock horns with Iceland at the Schauinsland-Reisen-Arena in Duisburg.

A disastrous 6-0 defeat to Switzerland in the UEFA Nations League last time out saw Germany’s nine-match unbeaten run in all competitions come to a halt (W6, D3). Curiously, seven of their previous 11 competitive fixtures have witnessed both teams on the scoresheet, with ‘Die Mannschaft’ conceding the opening goal in each of the last three. Though they have kept a clean sheet in both of their only previous competitive meetings with Iceland (W1, D1), it is worth noting that their last such encounter took place in October 2003. At home, Joachim Low’s men have racked up a five-game unbeaten run in all competitions (W3, D2) since suffering a dismal 4-2 defeat to the Netherlands in the European Championship qualifier in September 2019. Free-scoring Germans netted 3+ goals in four of those five matches.

Meanwhile, the visitors have lost five consecutive games ahead of the kick-off, scoring just three goals while conceding 13 in return. None of Iceland’s last nine competitive fixtures have ended in a draw (W2, L7), with 66% of them yielding a winning/losing margin of a single goal. On the road, Arnar Viðarsson’s men have succumbed to four competitive defeats in a row since beating Moldova 2-1 in the European Championship qualifier in November 2019. Their defensive frailties saw Iceland concede at least two goals in each of the abovementioned four reverses, letting in 2+ second-half goals on three occasions. Particularly vulnerable after the half-time break, Iceland have registered 14 of their last 21 goals conceded away from home in the second half of play. 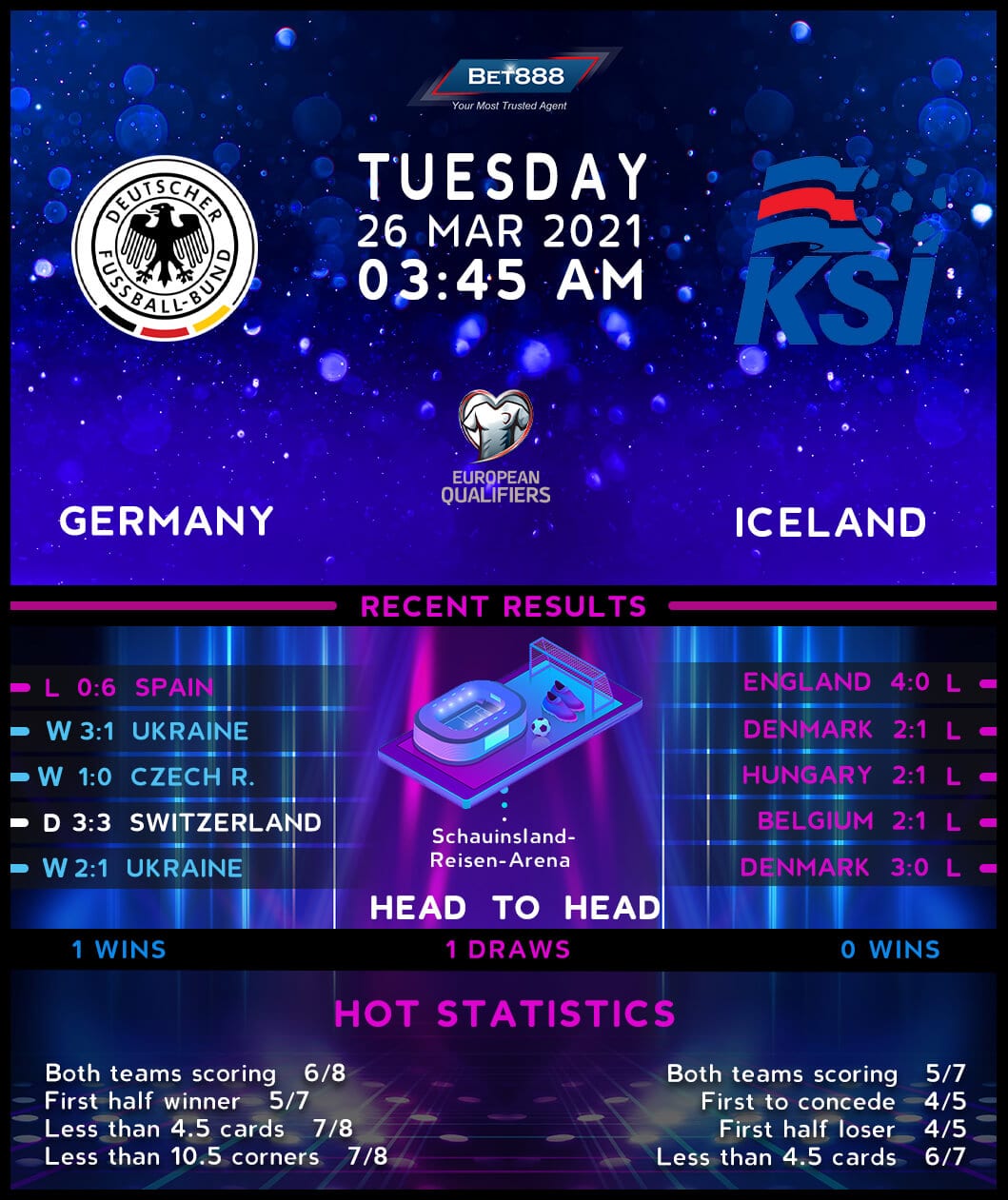