Germany and North Macedonia are set to face-off against each other at the Schauinsland-Reisen-Arena as part of their World Cup Qualifying series.

Germany started their World Cup Qualifying journey with consecutive wins over Iceland and Romania, extending their unbeaten streak in qualifying fixtures for the World Cup finals to 33 (W29, D4). Indeed, they have now won 18 consecutive World Cup qualifiers in a row, returning an intimidating +57 goal difference from those matches (GF:65, GA:8). Additionally, ‘Die Mannschaft’ have only lost once in their last 12 competitive outings (W8, D3), courtesy of a 6-0 thrashing to Spain the UEFA Nations League back in November 2020. If they win here, Joachim Low’s men are likely to do it in a stunning fashion, as eight of their last ten competitive triumphs yielded a winning margin of 2+ goals. Furthermore, the hosts have netted precisely three goals in four of their previous five home games overall (W3, D2), scoring exactly twice before half-time in the last two.

Meanwhile, the visitors bounced back from a 3-2 away defeat to Romania on Matchday 1 to dismantle Liechtenstein 5-0 at home last time out. Delivering action from the restart, the Macedonians have registered six of their seven World Cup Qualifying goals scored thus far in the second half of play, finding the net at least once beyond the 80th minute in each outing. Away from home, however, the ‘Red Lynxes’ have picked up just one win in their last eight competitive games (D2, L4), conceding 2+ goals in half (4) of those outings. But they could pose an attacking threat here, nonetheless, knowing they have got on the scoresheet in 12 of their previous 13 matches overall (W7, D3, L3), scoring over 1.5 goals in each of the last three. 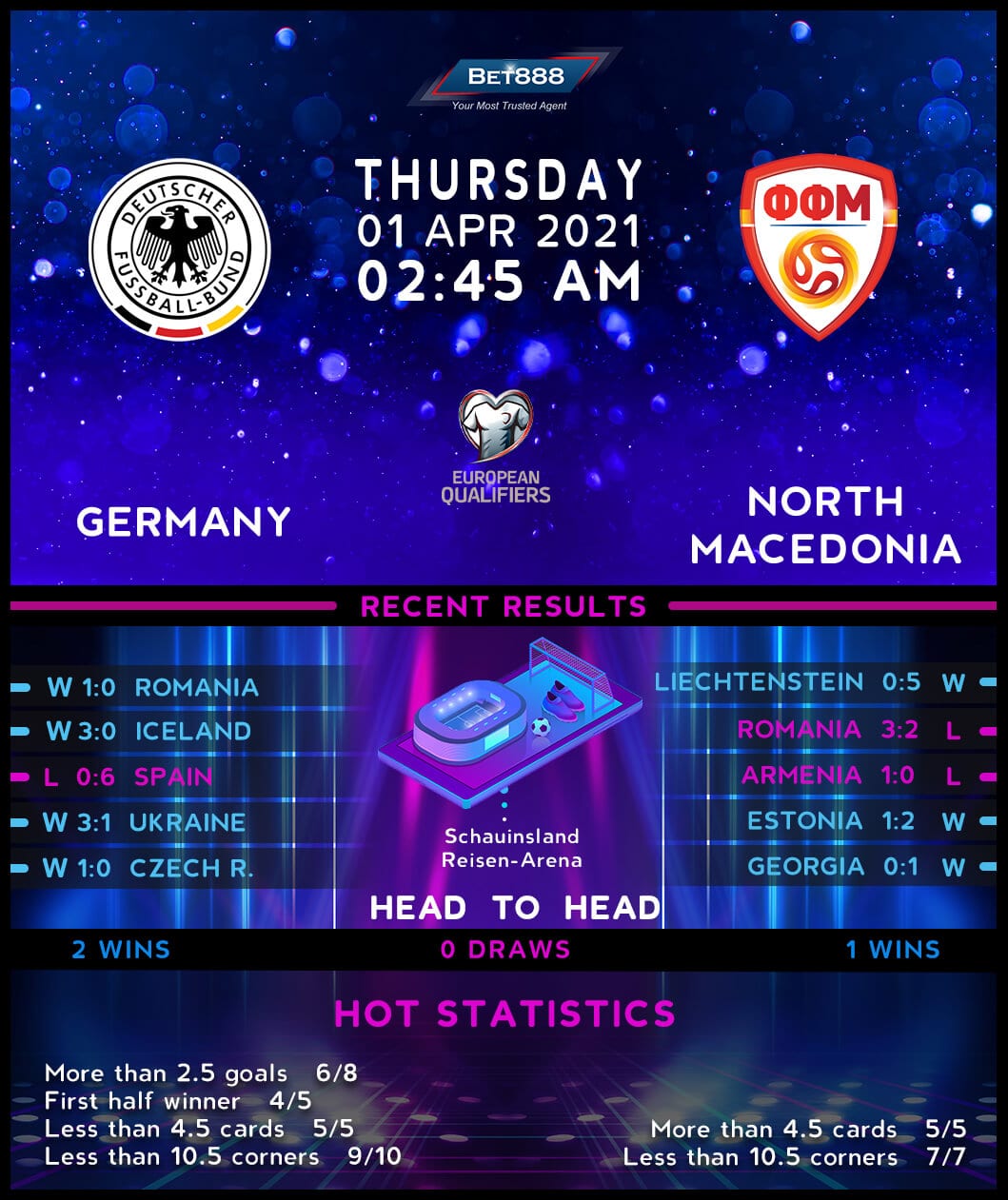