La Liga pacesetters Atletico Madrid head to the Coliseum Alfonso Perez to take on out-of-sorts Getafe, looking to solidify their place at the top.

Getafe’s La Liga wobble continued last weekend as they succumbed to a 2-1 away defeat to Real Valladolid, which means they have now lost five of their previous six league fixtures (W1). A lack of firepower in the attacking third has seen ‘El Geta’ draw a blank in five of their last seven La Liga outings, as they remain the division’s second-worst attack (21 goals scored). Getafe’s home action usually takes place before the interval, as evidenced by the fact that 61.9% of their total La Liga goals scored/conceded at the Coliseum Alfonso Perez arrived in the first half of play (13/21). Jose Bordalas’ men may well find themselves in an irreversible situation should they fall behind here, knowing they have lost 83.33% of the home La Liga matches in which they conceded first this term (GP:6 – D1, L5).

Meanwhile, Atletico Madrid staged a stunning comeback to beat Athletic Club 2-1 over the midweek, stretching their unbeaten streak in La Liga to three games (W2, D1). What’s more, ‘Los Rojiblancos’ have gone undefeated in seven consecutive away league matches (W6, D1) since suffering a 2-0 defeat at Real Madrid in mid-December, scoring 2+ goals in each win across that spread of fixtures. Winning the first half would put Atletico in the driving seat to pick up the three points as they have successfully negotiated 91.67% of the La Liga contests when doing so this season (GP:12 – W11, D1). Notably, Diego Simeone’s men have won each of their last six top-flight trips to Getafe without conceding. The last time they failed to register a La Liga shutout against this opposition was in November 2011. 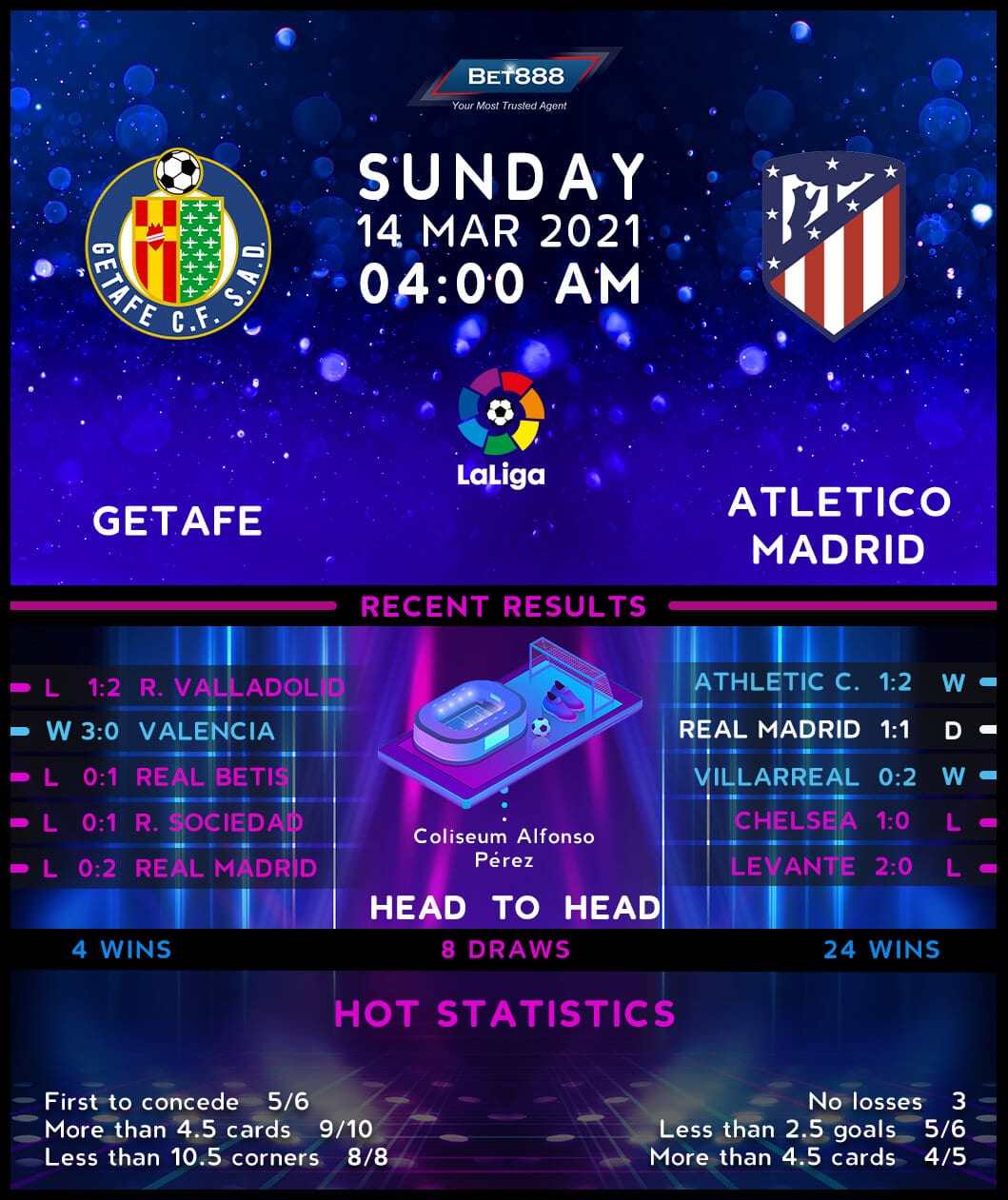