Getafe and Cadiz will trade tackles at the Coliseum Alfonso Perez in the bottom-half-of-the-table La Liga encounter.

A 3-0 home win over Valencia on Matchday 25 remains Getafe’s solitary success in 11 La Liga fixtures (D4, L6), with each of their last three league outings ending in a draw. Getafe have experienced a massive struggle in the front third since the turn of the year, failing to get on the scoresheet in nine of their 14 La Liga matches since the calendar flipped to 2021. Encouragingly, though, ‘El Geta’ have won both of their previous top-flight meetings with Cadiz by a two-goal margin, running out 2-0 winners in the reverse fixture back in December. Additionally, Jose Bordalas’ men have suffered just one defeat in their last six home La Liga games (W2, D3), four of which have under 1.5 FT goals. Getafe’s lackluster first-half displays at home have seen them register 80% of their La Liga goals conceded at the Coliseum Alfonso Perez this term before the break (8/10).

Meanwhile, the visitors have won two of their last four La Liga matches (D1, L1), as many triumphs as they had in their previous 17 in the competition (W2, D5, L10). Away from home, ‘El Submarino Amarillo’ have gone winless in ten La Liga fixtures on the trot (D4, L6) since outscoring Eibar 2-0 in October. For Cadiz, goals have been at a premium lately, as evidenced by the fact they have found the net only once in their last four league road trips. Furthermore, ‘Los Piratas’ have picked up only two victories in their 30 away top-flight meetings with Madrilean sides (D3, L25), albeit one of those successes arrived this season (1-0 win at Real Madrid in October). Alvaro Cervera’s men tend to crumble after falling behind, having failed to win any of the nine away La Liga matches in which they conceded first this season (D3, L6). 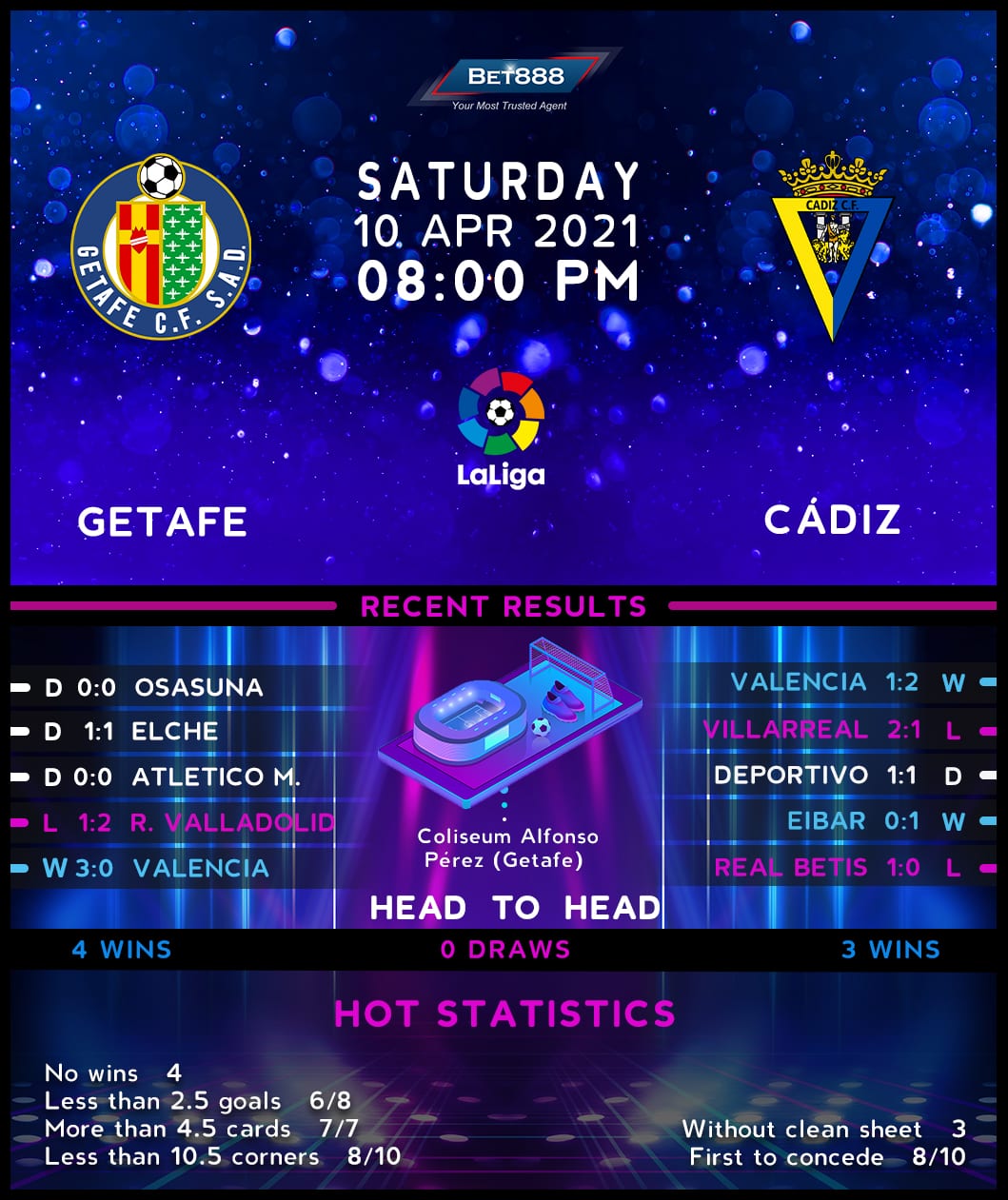