Getafe and Real Madrid will trade tackles at the Coliseum Alfonso Perez in an all-Madrid La Liga match-up.

Since a 3-0 home triumph over Valencia on Matchday 25, Getafe have gone winless in five La Liga matches in a row (D3, L2), failing to find the net three times in that sequence. Getafe’s attacking woes have seen them score joint-low 22 goals this La Liga campaign, though 59.09% of those strikes have come at home (13). Additionally, ‘Los Azulones’ have failed to win any of their last five Madrilenian derbies in La Liga (D1, L4), drawing a blank on each occasion. Given their endless problems in the front third, it comes as no surprise that Jose Bordalas’ men have ended up losing 75% of the home La Liga matches in which they conceded first this season (GP8 – D2, L6). Early action seems well off the table, considering just 25% of Getafe’s home league games have featured a goal within 15 minutes.

Meanwhile, a 2-1 home win over arch-rivals Barcelona in last weekend’s El Clasico was the bookend of Real Madrid’s four-game winning streak in La Liga, a sequence that helped them whittle down the dap on top-placed Atletico Madrid to a single point. Zinedine Zidane’s men boast the highest 93.33% unbeaten ratio away from home in La Liga this season, having lost just once in 15 league trips (W9, D5), courtesy of a 4-1 thumping at Valencia in November 2020. Moreover, quick-start ‘Los Blancos’ have opened the scoring in a joint-high 22 La Liga games this term, notably breaking the deadlock in 73% of their league trips thus far (11/15). Madrid’s tremendous capacity to preserve the lead has seen them win 84.62% of the league matches in which they were ahead at half-time this season (GP13 – W11, D2). 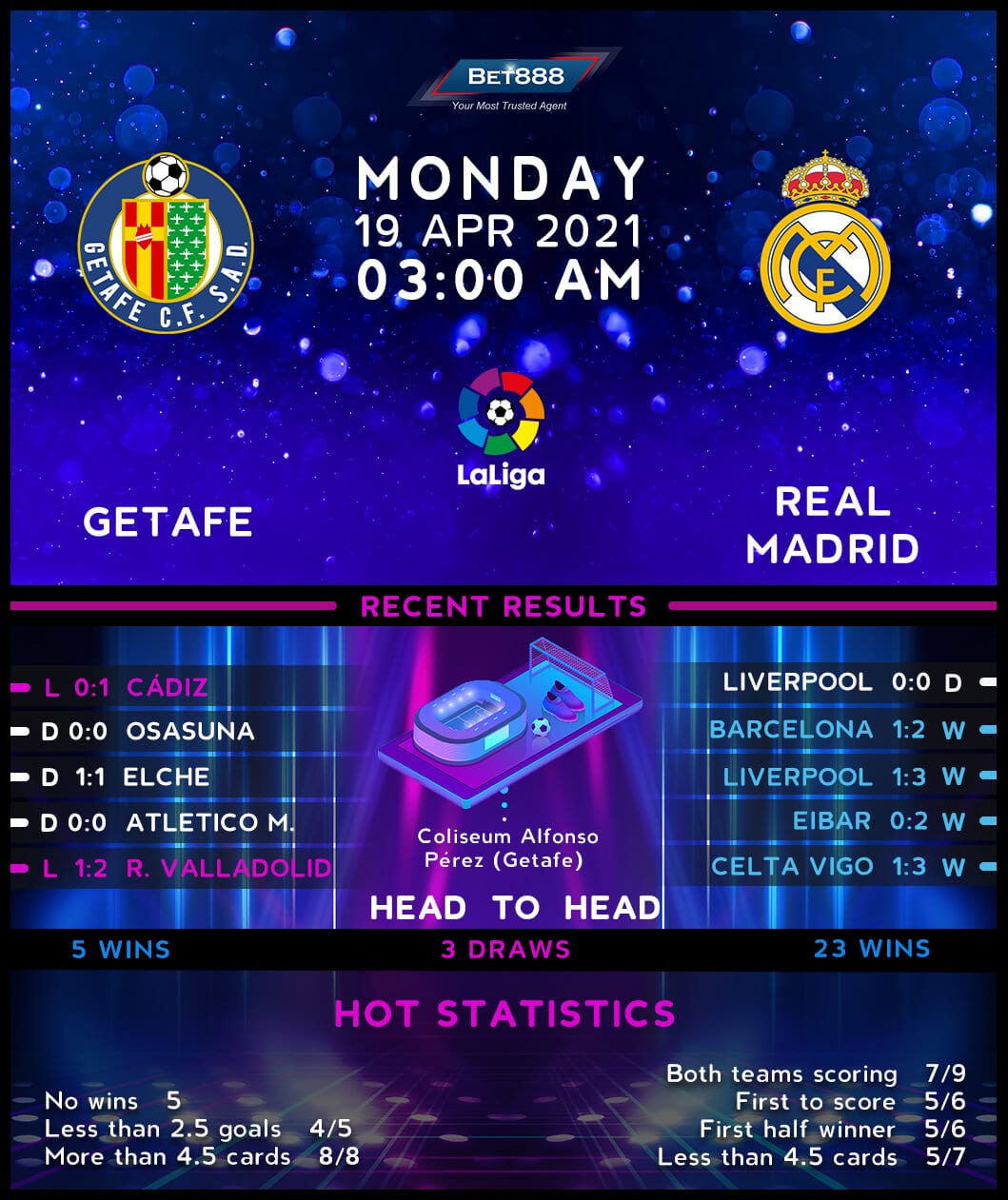