Coliseum Alfonso Perez hosts what could be a high-scoring contest between Getafe and Real Sociedad despite all the odds. Each of the last four La Liga encounters between these sides has produced over 2.5 goals.

Getafe have gone winless in four consecutive La Liga matches (D1, L3) since defeating Huesca 1-0 at home on Matchday 19, drawing a blank in each of their last three league outings. Moreover, Jose Bordalas’ men have failed to win seven of their previous eight La Liga home games (D3, L4), scoring a miserly average of 0.5 goals per match in that sequence! In fact, no team has netted fewer goals than Getafe (17) this La Liga campaign! Therefore, it comes as no surprise that they’ve not won any of their five home league fixtures in which they conceded the opening goal this term (D1, L4). The hosts can still take some confidence from the fact they’ve won each of their last three top-flight home meetings with Sociedad by a single-goal margin.

After a commanding 4-1 win against Cadiz in their last game, Real Sociedad ended a four-game winless run in La Liga (D2, L2). They’ve last won two league matches on the bounce in late November. Away from home, Manuel Alguacil’s men have failed to land all three points in five of their previous six La Liga fixtures (D2, L3), notably opening the scoring in two of their three defeats in that period. ‘La Reales’ do not normally enjoy taking trips to Madrid, as evidenced by the fact they have only picked up one victory in their last 15 visits to the capital (D3, L11). Curiously, nearly 20% (7) of Sociedad’s 36 La Liga goals scored this season have come from the penalty spot. 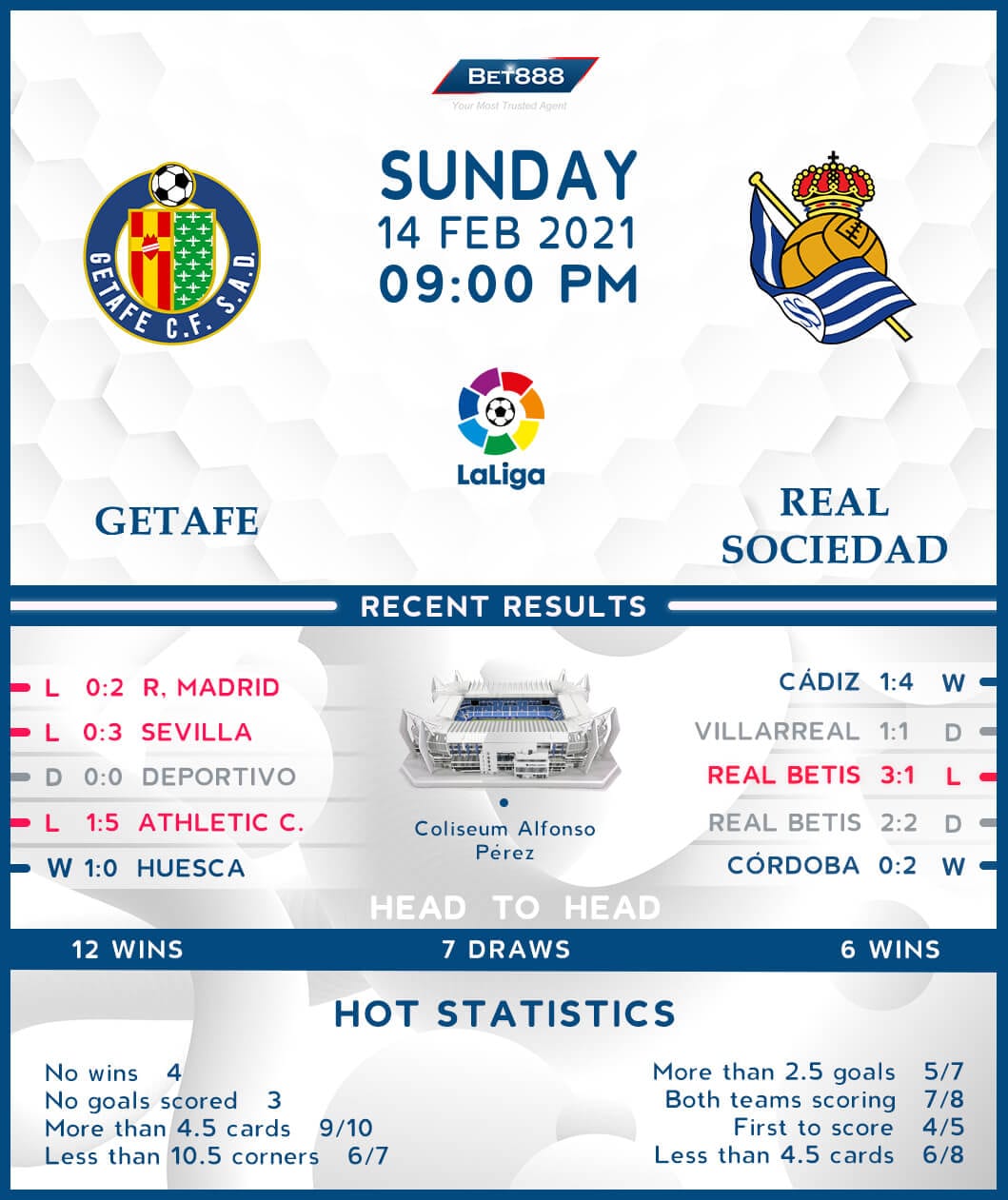