Sevilla will be looking to post a third consecutive La Liga win over Getafe when the two teams lock horns at the Coliseum Alfonso Perez.

A dismal 3-0 away loss to Levante last time out gave Getafe a sixth straight La Liga match without a win (D3, L3), as the hosts hover just two points clear of the relegation zone ahead of the kick-off. For ‘El Geta,’ goals have been at a premium this season, as evidenced by the fact they have netted over 1.5 goals in just two of their opening 11 league outings, accruing a total of nine. Furthermore, Jose Bordalas’ men have scored one goal or less in five of their six home La Liga fixtures this term, drawing a blank at half-time on four of those occasions. In turn, they have failed to get on the scoresheet in two of their last three top-flight H2Hs as hosts (W1, L2).

Meanwhile, a narrow 1-0 home defeat to Real Madrid last weekend did bring Sevilla’s three-game winning La Liga streak to a halt, though the visitors head into this encounter on the back of a 3-1 away win over Rennes in the Champions League midweek. Sevilla’s league matches have been extremely tight this season, as eight of ten have ended separating the sides by under 1.5 goals, with six yielding the identical 1-0 scoreline (W3, L3). With the first-half action at a premium, three of Sevilla’s five away league games have produced a goalless half-time score. It could then come as some surprise that two of their four away La Liga results (win/loss) this season have seen the victor come from behind to pick up the three points (W2, L2). 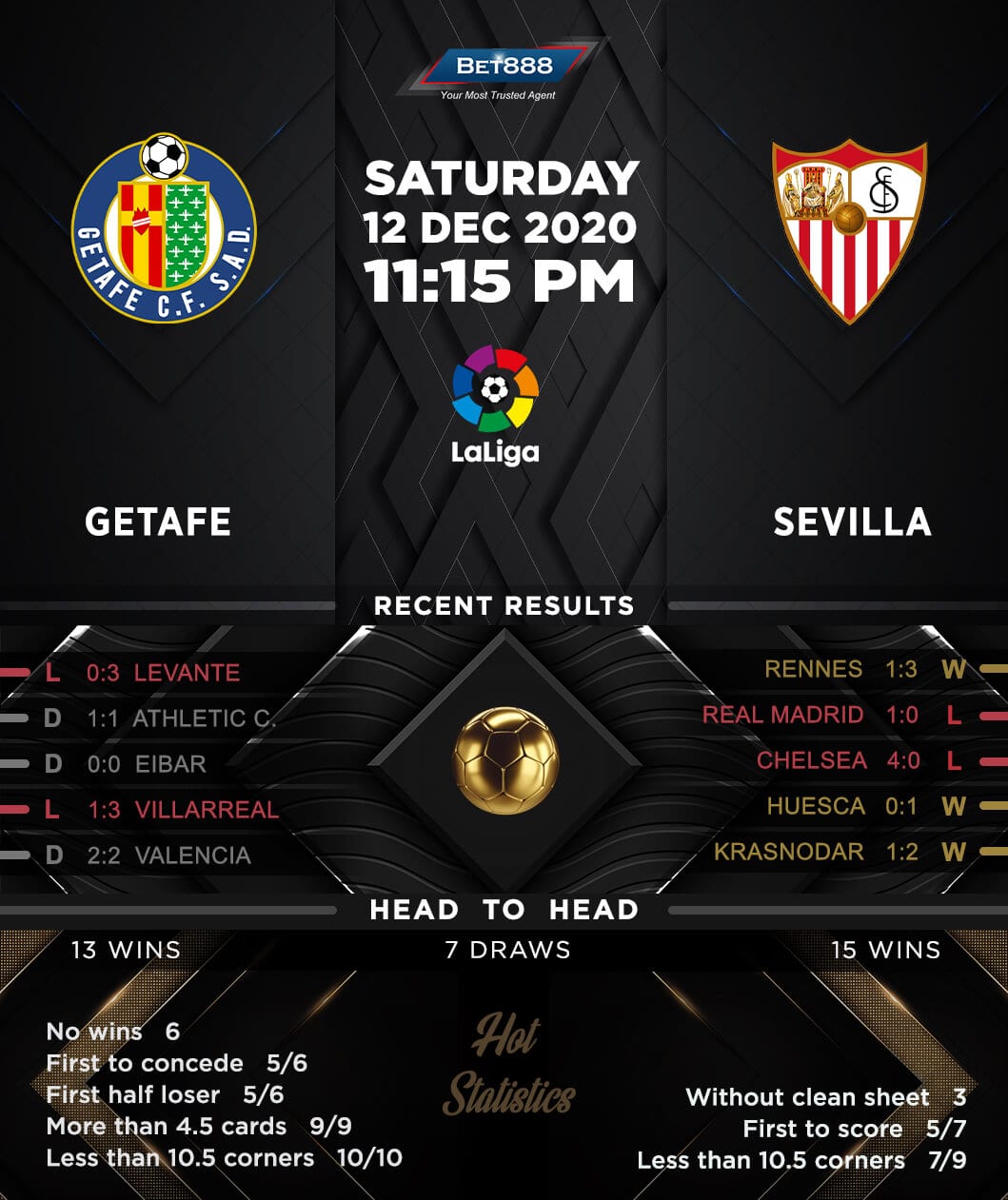