Valencia head to the Coliseum Alfonso Perez to take on Getafe, looking to post back-to-back wins for the first time this La Liga campaign.

Getafe have compromised their chances of avoiding relegation after losing five of their last six La Liga fixtures (D1), a sequence that sees them drop to only three points clear of 18th-placed Elche. A genuine lack of firepower in the attacking third has seen ‘El Geta’ draw a blank in five consecutive league matches ahead of this clash. In fact, no side has netted fewer La Liga goals than ‘Los Azulones’ (17) this season, with Jose Bordalas’ men remaining one of just two teams yet to hit double digits in terms of the goals scored at home (9). On the flip side, they have notched up over 1.5 goals in each of their last three top-flight meetings with Valencia, averaging 2.66 goals per match in the process.

Meanwhile, the visitors have picked up two victories in their last four La Liga outings (D1, L1), as many as they had in their previous 12 matches in the competition (D6, L4). However, Valencia have only won once in their last ten away league games (D4, L5), with that lone success coming at the expense of relegation-threatened Real Valladolid on January 10. Additionally, ‘Los Murciélagos’ have frequently struggled in front of goal recently, netting under 1.5 goals in each of their last five La Liga trips. Particularly toothless before half-time, Javi Garcia’s men have registered only 33.33% of their total league goals scored away from home in the first half of play (4/12). Adding to this misery, Valencia have failed to find the net in three of their last four competitive trips to Getafe. 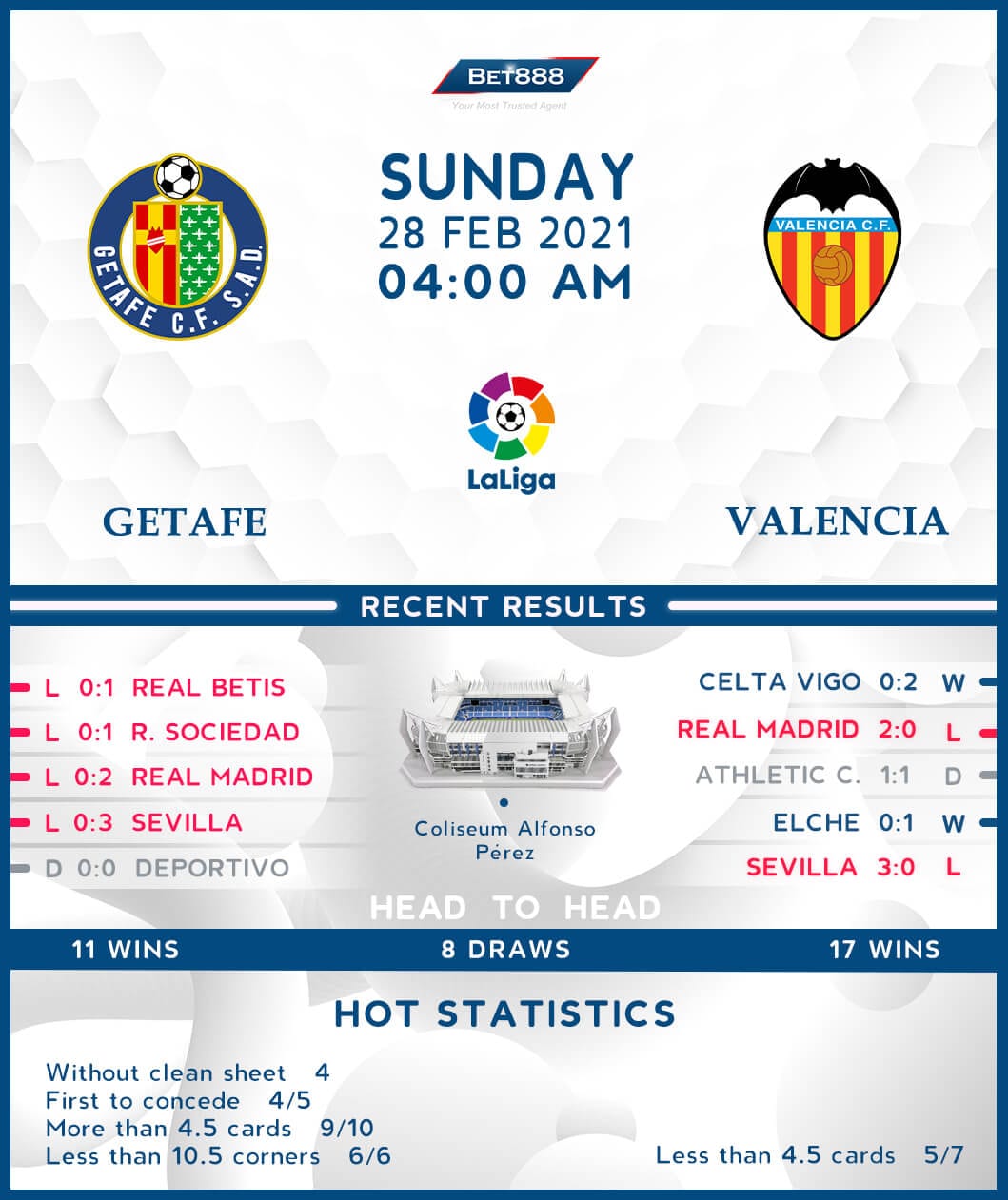