The latest chapter of a long-standing rivalry between Ghana and Nigeria pits the two African supreme footballing forces against each other at the Baba Yara Stadium.

Ghana, who faltered at the 2021 Africa Cup of Nations, have been handed home advantage in the first leg of this mouth-watering 2022 World Cup play-off tie. It is worth noting that Ghana’s last four international meetings with Nigeria as nominal hosts have each seen one or both sides fail to get on the scoresheet in matches garnering under 2.5 total goals. But the Ghanaians showed they could thrive in evenly-contested, low-scoring fixtures, with two of their three home victories in the 2022 World Cup qualifying campaign yielding the same 1-0 scoreline. Since each of those three wins witnessed the ‘Black Stars’ lead 1-0 at half-time, the home fans will be hoping for another flying start.

In the meantime, Nigeria’s bid to reach the World Cup finals for the fourth time on the trot faces a stern test. The Nigerians have only won once in their last eight international fixtures against Ghana, including friendlies (D3, L4 – 90mins only). Head coach Augustine Eguavoen has been given a month to rally his troops following Nigeria’s underwhelming 2021 Africa Cup of Nations last-16 exit at the hands of Tunisia. There’s plenty of reason for optimism in the travelling camp, though, as the ‘Super Eagles’ won all three away matches in the 2022 World Cup qualifying Group C by an aggregate score of 6-1. Delivering action from the get-go, Nigeria got on the scoresheet within 30 minutes of play in each of those three victories. 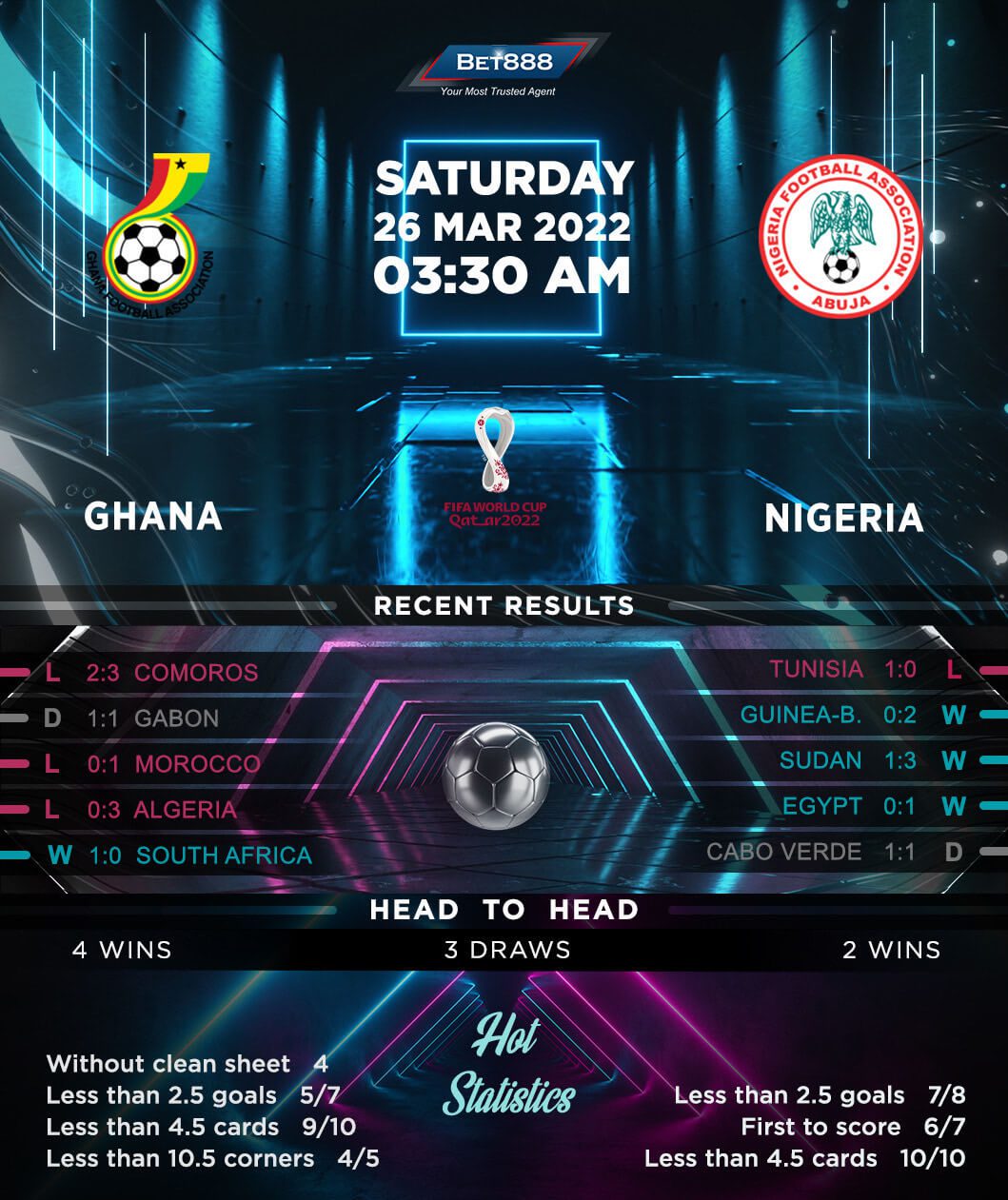