Atletico Madrid will be looking to maintain an almost perfect La Liga record against Granada in the 21st century (GP:15 – W12, D3) when the two teams meet at the Estadio Nuevo Los Cármenes this weekend.

Despite failing to win any of their last four La Liga matches (D3, L1), Granada have been a fun team to watch, as three games in that four-fixture sequence have seen over 3.5 goals and both teams on the scoresheet. Yet, far more comfortable on home soil, the ‘Nazaríes’ have gained the vast majority (86.67%) of their total La Liga points won this season at the Nuevo Los Cármenes (26/30). Topically, only 36.11% of Granada’s top-flight goals conceded this league campaign has come at this venue (13/36). That statistic is handy coming into this clash, especially considering Diego Martinez’s men have failed to beat Atletico Madrid in any of their seven La Liga H2Hs as hosts this millennium (D3, L4), drawing a blank on five occasions in that run.

Meanwhile, Atletico Madrid had won eight La Liga matches in a row before being held to a shocking 2-2 home draw to Celta Vigo last time out. Curiously, four goals let in across their previous two league outings have accounted for a third of Atleti’s total La Liga goals conceded this season. Regardless, ‘Los Colchoneros’ remain the division’s best defensive team – having conceded just 12 goals on an average of 0.6 per match. Another noteworthy fact is their ability to grind out a result after falling behind, as Diego Simeone’s men have only lost one of their four La Liga games in which they shipped the opening goal this season (W2, D1, L1). Moreover, Atletico Madrid (10) are one of only five sides to smash a 10-goal barrier in terms of the second-half goals scored on the road this La Liga campaign. 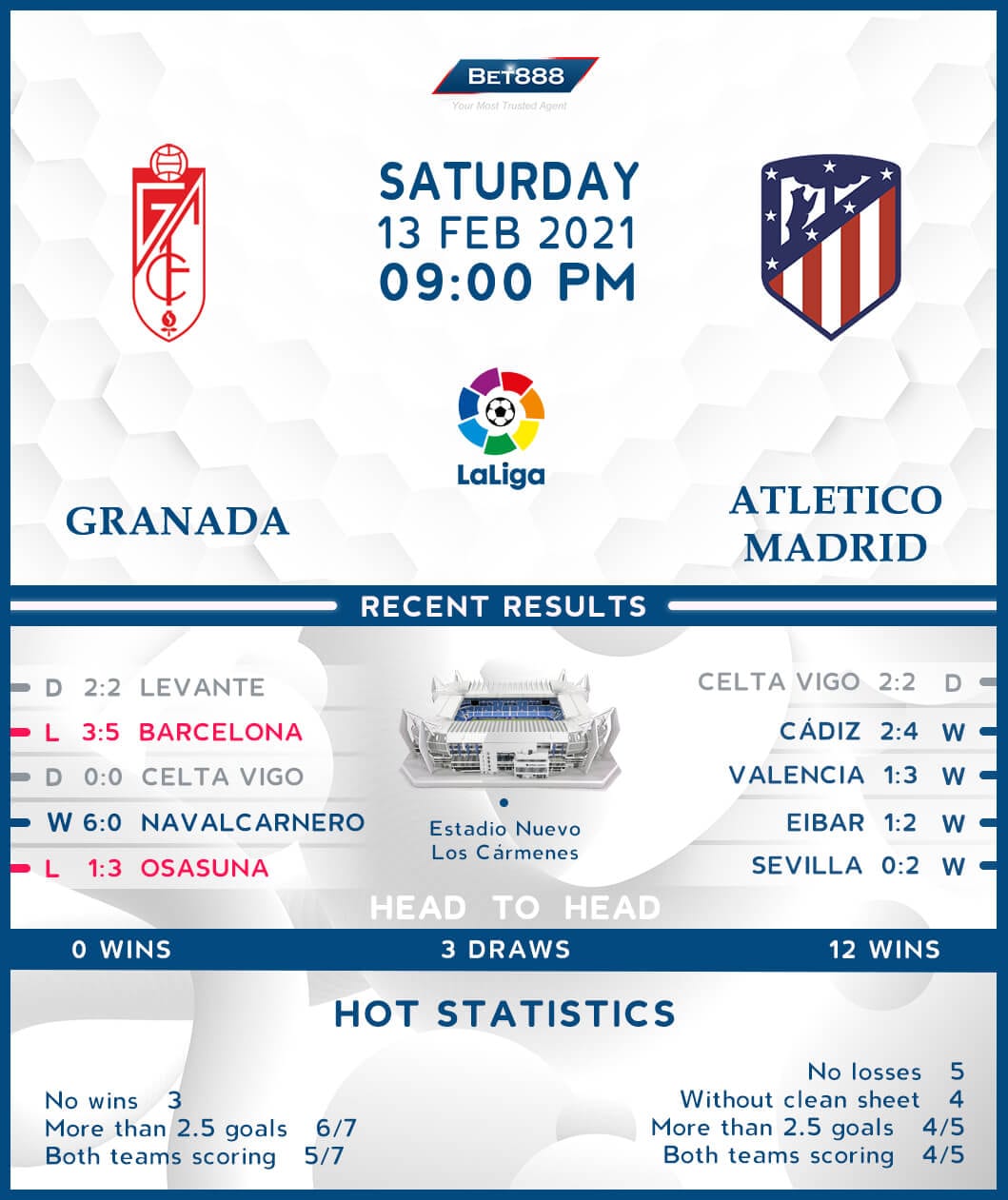