Barcelona will be looking to maintain their 100% La Liga start to the new calendar year when they meet Granada at the Estadio Nuevo Los Cármenes.

Granada squeezed past lower-league outfit Leonesa following an extra-time winner in the Copa del Rey midweek. In La Liga alone, none of Granada’s last five matches has ended in a draw (W3, L2), with four of their wins/losses in this run seeing the victor keep a clean sheet. ‘Los Nazaríes’ have gone from three consecutive home league games without a win (D2, L1) to back-to-back victories, both of which saw them get on the scoresheet in the first half of play. Far more comfortable at home, Diego Martinez’s men have registered a clear majority (73.68%) of their total La Liga goals scored this season at this venue (14/19), finding the net in all eight home league outings thus far.

Meanwhile, Barcelona have got off to a flying start to the new calendar year, winning both of their first two La Liga fixtures in 2021, though each triumph came by a single-goal margin. As a result, the Catalan heavyweights are currently enjoying a seven-game undefeated league run (W5, D2), with each victory in this sequence yielding a one-goal margin. Additionally, Barca’s away La Liga matches have been notably tight, as six of their last seven league trips have ended separating the teams by under 1.5 goals (W3, D1, L3). Against this backdrop, each of Barcelona’s four previous top-flight visits to Granada has been decided by a full-time margin of at least two goals (W3, L1). Curiously, only one of Barca’s eight away La Liga fixtures this season has seen a first-half draw (HT: W4, D1, L3). 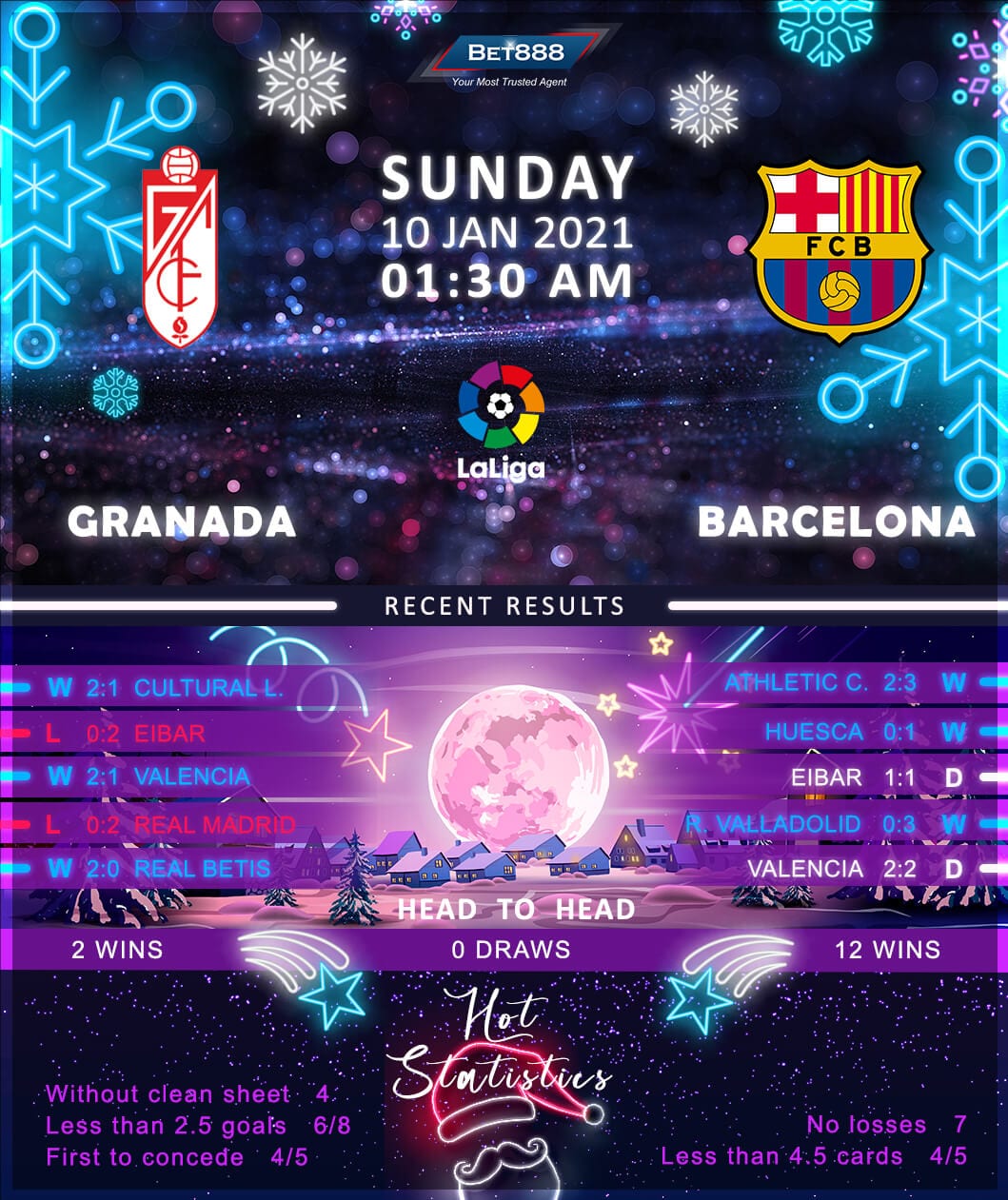