Granada and Manchester United will square off at the Estadio Nuevo Los Cármenes in the first leg of their UEFA Europa League quarter-final tie.

Granada have so far enjoyed an outstanding debut European campaign, beginning their continental journey in the Europa League second qualifying round. The Spanish minnows finished runners-up to PSV Eindhoven in Group E before seeing off Serie A powerhouse Napoli in the round of 13 and Norwegian outfit Molde in the round of 16 with identical aggregate scorelines. Indeed, the ‘Nazaries’ have applied the same winning principle in both knock-out appearances this season, securing a 2-0 home victory before succumbing to a 2-1 defeat on the road. Diego Martinez’s men have conceded just eight goals in Europe this term, letting in an average of just 0.61 goals per game. Granada’s home record in the Europa League, qualifying series to knock-out stages, is W4, D1, L1, with each win seeing them score precisely twice.

Meanwhile, Manchester United joined the Europa League knock-outs after finishing third in UEFA Champions League Group H. United managed to eliminate Real Sociedad and AC Milan in the previous knock-out rounds, keeping a clean sheet in three of those four fixtures. The ‘Red Devils’ have appeared in the Europa League quarter-finals twice before, successfully negotiating both ties after extra time. Although Ole Gunnar Solskjaer’s men lament an indifferent away record in the competition (W8, D4, L6), they have won their last three Europa League trips ‘to nil.’ Indeed, they have suffered just one defeat in their previous 12 away matches in the competition (W7, D4), courtesy of a 2-1 loss at Astana in last season’s group stage. However, the visitors have a negative record against La Liga sides in UEFA two-legged ties (W7, L9), having been eliminated in each of their last three such engagements. 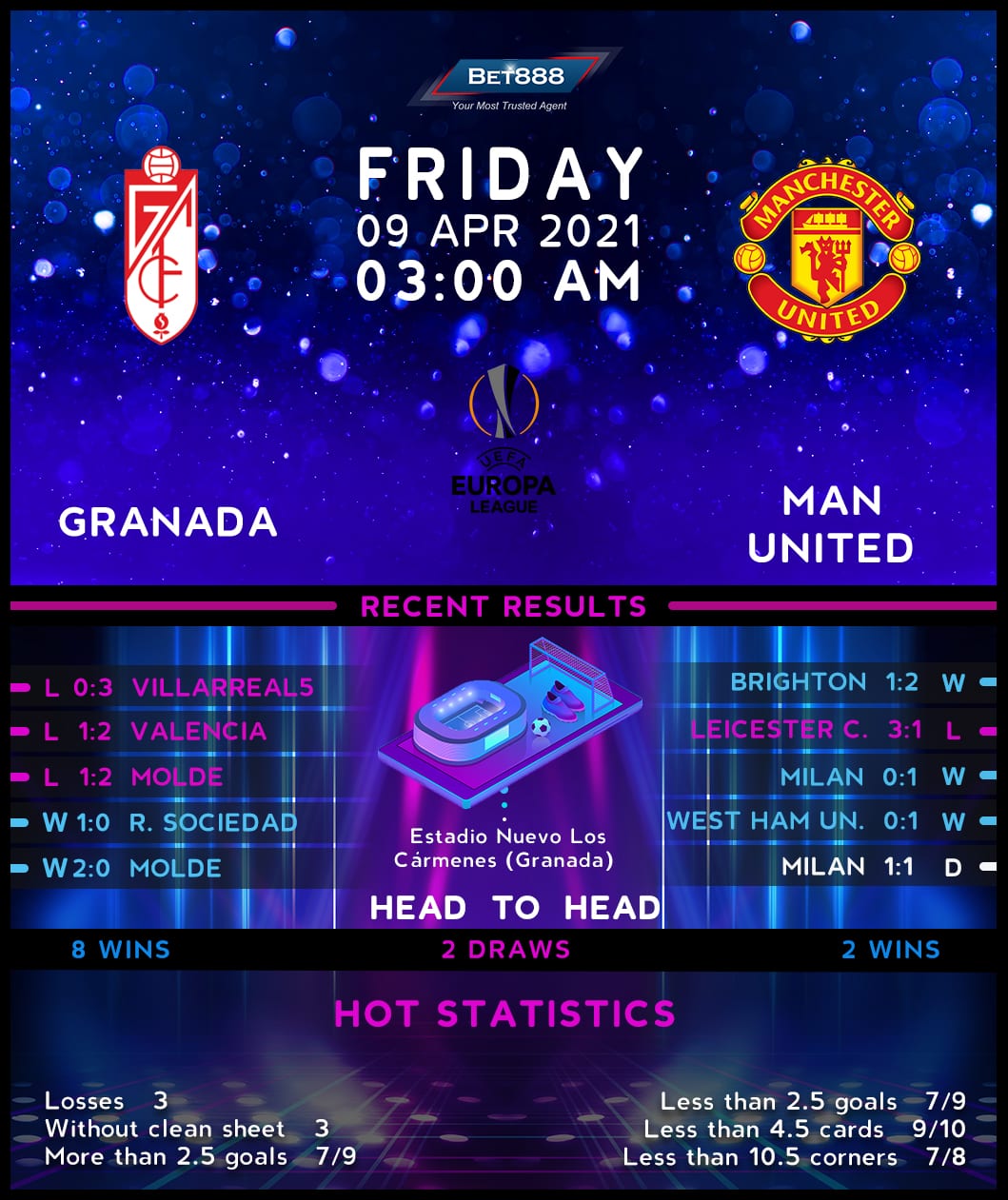