Napoli head to the Estadio Nuevo Los Cármenes to take on Granada in the first leg of their UEFA Europa League last-32 tie.

The ‘Nazaríes’ have qualified for the Europa League knock-out stage in their maiden European campaign after finishing second to PSV Eindhoven in Group E. Granada’s road to this fixture started with a convincing 4-0 victory against Albanian outfit Teuta in the second qualifying round. They then went on to beat Locomotive Tbilisi 2-0 before hammering Malmo 3-1 in the one-off play-offs. Though they lost just one of their six group-stage matches (W3, D2), a lack of ruthlessness in front of goal saw Diego Martinez’s men draw a blank in three of them, including the last two. However, they did score precisely twice per game in the other three group-stage games. Yet, Granada have won just one of their last five competitive home matches coming into this encounter (D2, L2), conceding over 1.5 goals on three of those occasions.

On the other hand, ‘I Partonepei’ have avoided defeat in their last five Europa League games since losing 1-0 to AZ Alkmaar on Matchday 1, though they’ve gone from three consecutive wins to back-to-back draws. Entertainment has been relatively sparse, though, as five of Napoli’s six matches this Europa League campaign have featured one or fewer first-half goals in games combining under 2.5 total goals. A tight contest is well on the cards, given six of Napoli’s last seven European trips have seen the teams separated at full-time by under 1.5 goals (W3, D3, L1). A tie against Granada could represent a prime opportunity for Carlo Ancelotti’s side to improve their knock-out stage record against Spanish sides, having failed to make it past such opponents in five of their previous six attempts. 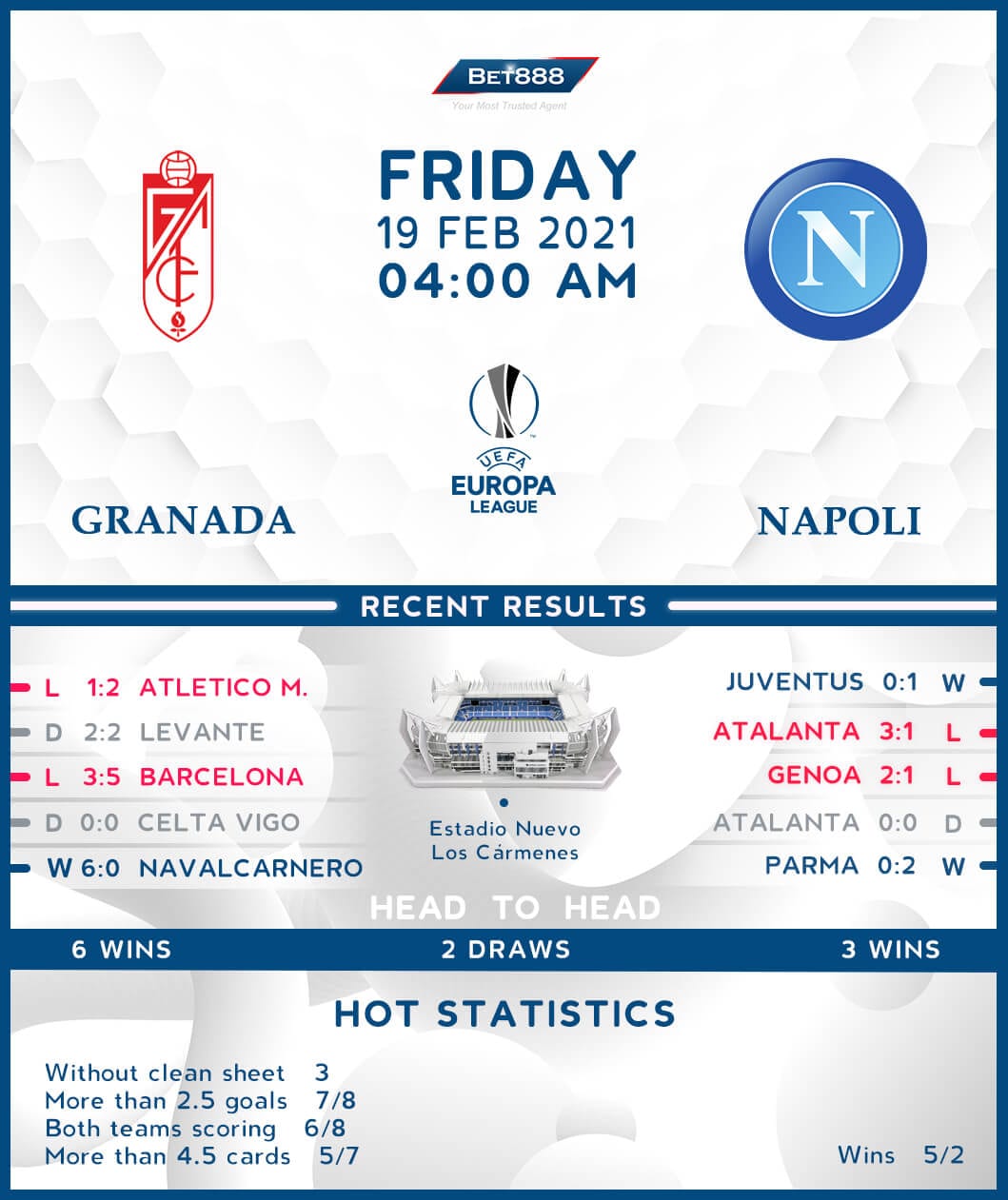