Since a memorable 2-1 win over Barcelona at Camp Nou, Granada’s wheels fell off as they’ve suffered back-to-back league defeats to Cadiz and Betis, both of which saw them lose the first half by the same 1-0 scoreline. None of Granada’s last six La Liga home matches have ended level (W3, L3), with 66.6% of those results (win/loss) yielding a single-goal margin. Against this narrow-margin backdrop, the ‘Nazaries’ have succumbed to clear-cut losses to Real Madrid in four of their last five top-flight encounters, conceding an average of 3.4 goals per game in the process. The aforementioned reverse against Cadiz in their most recent La Liga fixture at Los Cármenes puts Diego Martinez’s side at risk of losing back-to-back home league matches for the first time this season.

Meanwhile, ‘Los Blancos’ have gone undefeated in 15 La Liga games in a row (W10, D5) since a 2-1 home loss to Levante in January, albeit they’ve alternated victory (3) and stalemate (3) during their last six league outings. Sitting five points adrift of league-leaders Atletico Madrid, Zinedine Zidane’s men cannot afford to put their foot wrong here, as they have a game in hand and decent chances of retaining the crown. Zidane boasts a 100% record in away La Liga matches against Granada (W3), with two of Madrid’s three away H2H wins under the French manager yielding the identical 2-1 scoreline. By extension, the reigning title-holders have come out victorious in each of their last 11 top-flight meetings with this opposition, netting a total of 36 goals. 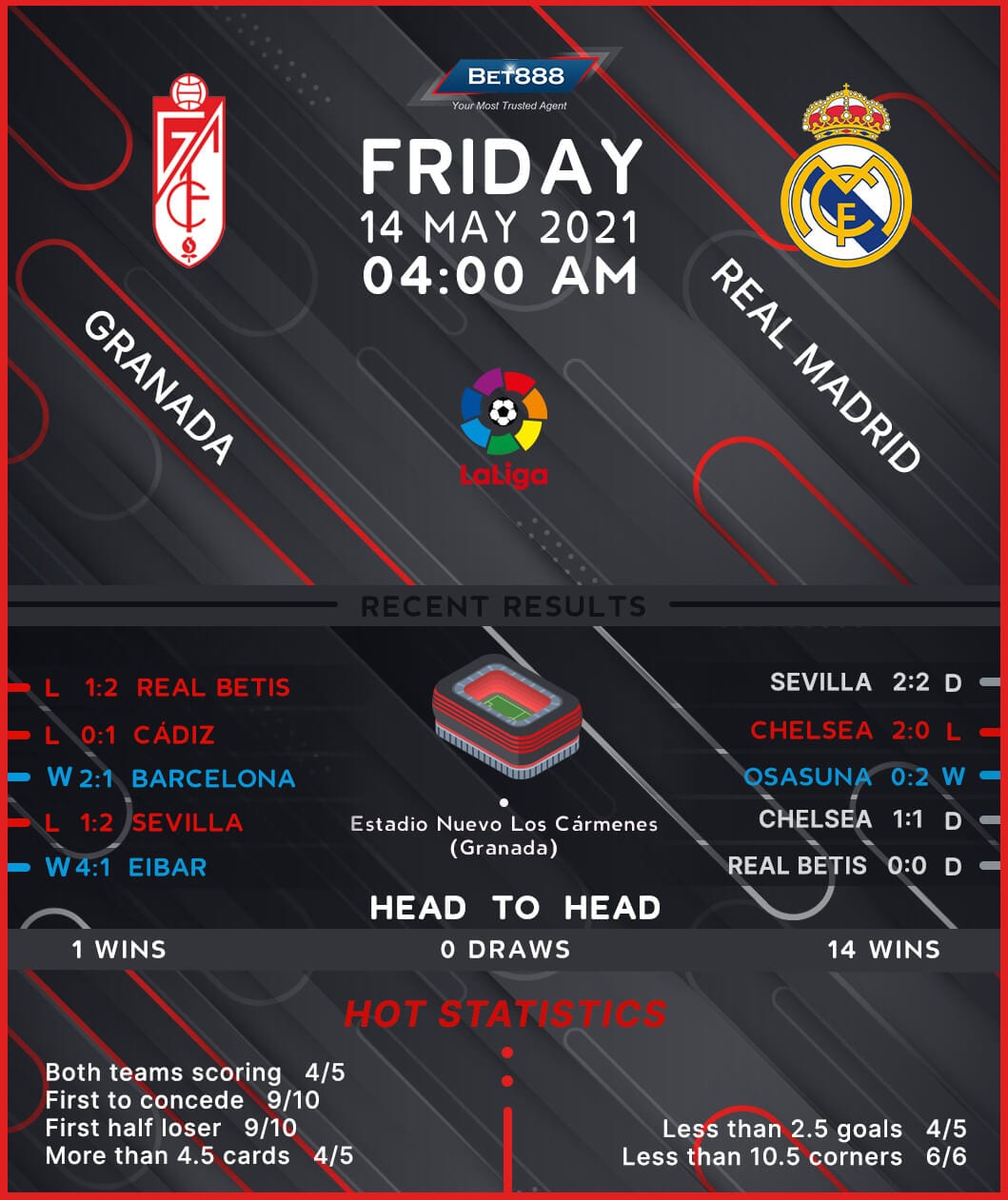