Estadio Nuevo Los Cármenes is the venue as Granada and Real Sociedad square off in an exciting La Liga fixture.

Fresh from a 2-0 walloping of Molde in the UEFA Europa League midweek, Granada will be looking to find their feet in La Liga after winning just one of their last eight matches in the competition (D3, L4). The hosts have gone from three consecutive home games without winning (D1, L2) to three victories in a row across all competitions, scoring precisely twice in each success in this run. However, the ‘Nazaríes’ have conceded over 1.5 goals in each of their last seven meetings with Real Sociedad in La Liga, losing six times in the process (W1). At home, Diego Martinez’s men are winless in their last six top-flight H2Hs (D2, L4), scoring one goal or less each time. Furthermore, Granada’s inability to fight their way back into the match after falling behind has seen them lose 75% of the La Liga fixtures in which they conceded first this season (GP:12 – W1, D2, L9).

Meanwhile, the visitors have gone undefeated in seven La Liga games on the bounce (W4, D3) since succumbing to a 3-2 away reverse to Sevilla on Matchday 18, restricting their opponents to a maximum of one goal per match on each occasion. However, a trip to Andalusia could stir some painful memories for Sociedad, as they have lost seven of their last ten visits to the Spanish principality (W3). Winning the first half could save ‘La Real’ more trouble, given that they have claimed all 12 points from the away league contests in which they were ahead at half-time this season (4/4). Early entertainment has been relatively sparse in Sociedad’s away La Liga games this term, as only a quarter of their top-flight trips saw a goal scored inside the opening 15 minutes of play. 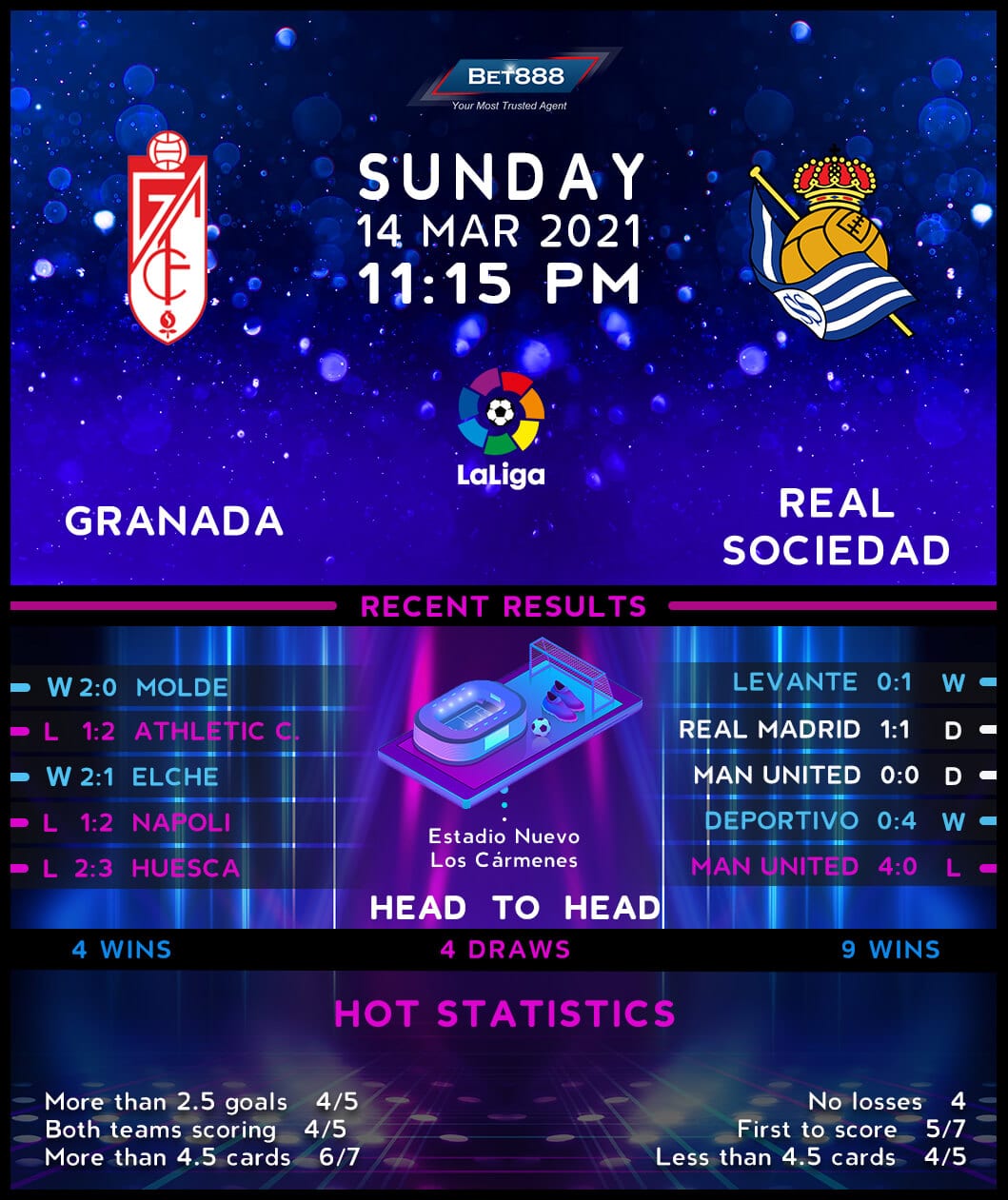