Granada and Valencia go head-to-head at the Estadio Nuevo Los Cármenes in their last La Liga fixture of the calendar year.

Before succumbing to a 2-0 away defeat to Real Madrid, Granada had gone unbeaten in three La Liga matches on the trot (W2, D1). However, ‘Los Nazaries’ have suffered just a single loss in their seven home league games this season (W4, D2), with three of their four victories in this sequence coming ‘to nil.’ Yet, Diego Martinez’s men have lost four of their five La Liga encounters in which they conceded the opening goal (D1), which has been the case in four of their five top-flight H2Hs as hosts this millennium (D1). Indeed, Granada have failed to beat Valencia in any of their seven previous top-flight meetings at home (D2, L5), with the last three each featuring over 2.5 goals and both sides score.

Meanwhile, Valencia have been dealing with form issues lately, as they go into this clash on the back of six consecutive La Liga fixtures without a victory (D4, L2). Interestingly, three of the four draws in this sequence came by the same 2-2 scoreline, with the opener in each scored within 30 minutes. However, ‘Los Murciélagos’ have failed to secure the triumph in their last five La Liga trips (D4, L1), conceding precisely two goals per game on four of those occasions. Particularly vulnerable before the half-time break, Javi Garcia’s men have registered 70% of their away league goals conceded in the first half (7/10). It’s also worth noting that they’ve shipped at least one goal inside the final 15 minutes of play in four of their eight La Liga trips this season. 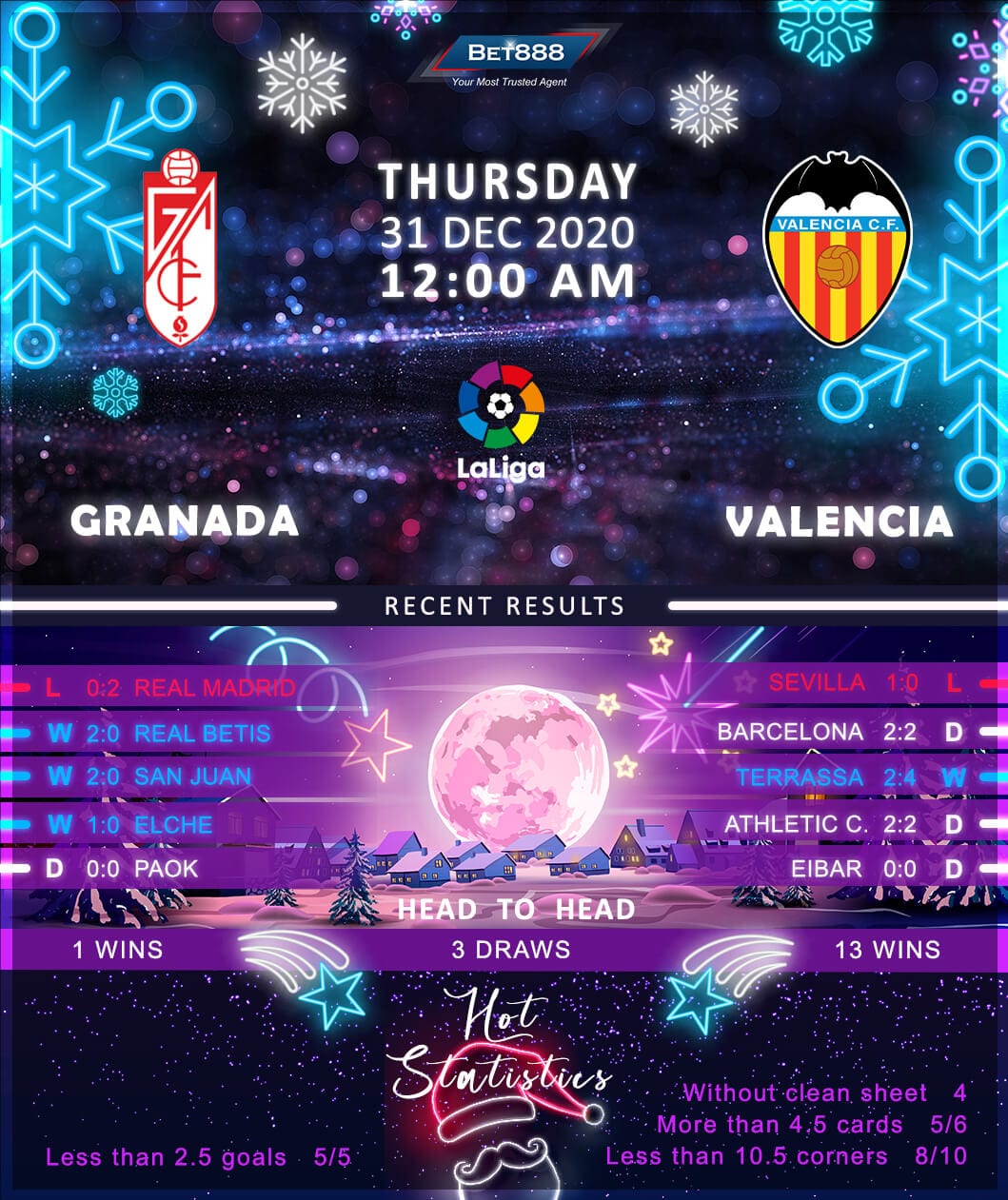