Granada and Villarreal will face-off against each other at the Estadio Nuevo Los Cármenes as La Liga returns to action this weekend.

The hosts have not drawn any of their six La Liga matches (W2, L4) since a 2-2 away tie at Levante on Matchday 22, alternating between victory (2) and failure (3) in the last five. Granada now face a formidable challenge in the shape of a Villarreal side they have failed to defeat in nine consecutive top-flight encounters (D4, L5), frustratingly drawing a blank in five of them. Coming into this matchday, the ‘Nazaries’ have picked up back-to-back home league victories and could now win three in a row for the first time since their opening three top-flight home matches of the season. Reaching that objective will require Granada to avoid conceding first, considering they have ended up on the losing side in 76.92% of the fixtures in which they fell behind this La Liga campaign (GP13 – W1, D2, L10).

On the other hand, Villarreal went from two consecutive La Liga defeats to back-to-back wins before the international break halted their momentum. ‘El Submarino Amarillo’ will now be looking to pick up where they left off before the pause as they take on a side they’ve outscored twice across their last four top-flight away H2Hs (D2). However, an indifferent road form could throw a spanner in the works, with Villarreal grabbing just two victories in their previous 15 away La Liga fixtures (D7, L4). Another potential worry for Unai Emery could be that his men have not won five of their last six trips to Andalusian sides (D3, L2). One bright spot has been Villarreal’s ability to start their away league matches on the front foot, notably finding the opening goal (if any) in the joint second-highest 64.29% of their La Liga trips this term (9/14). 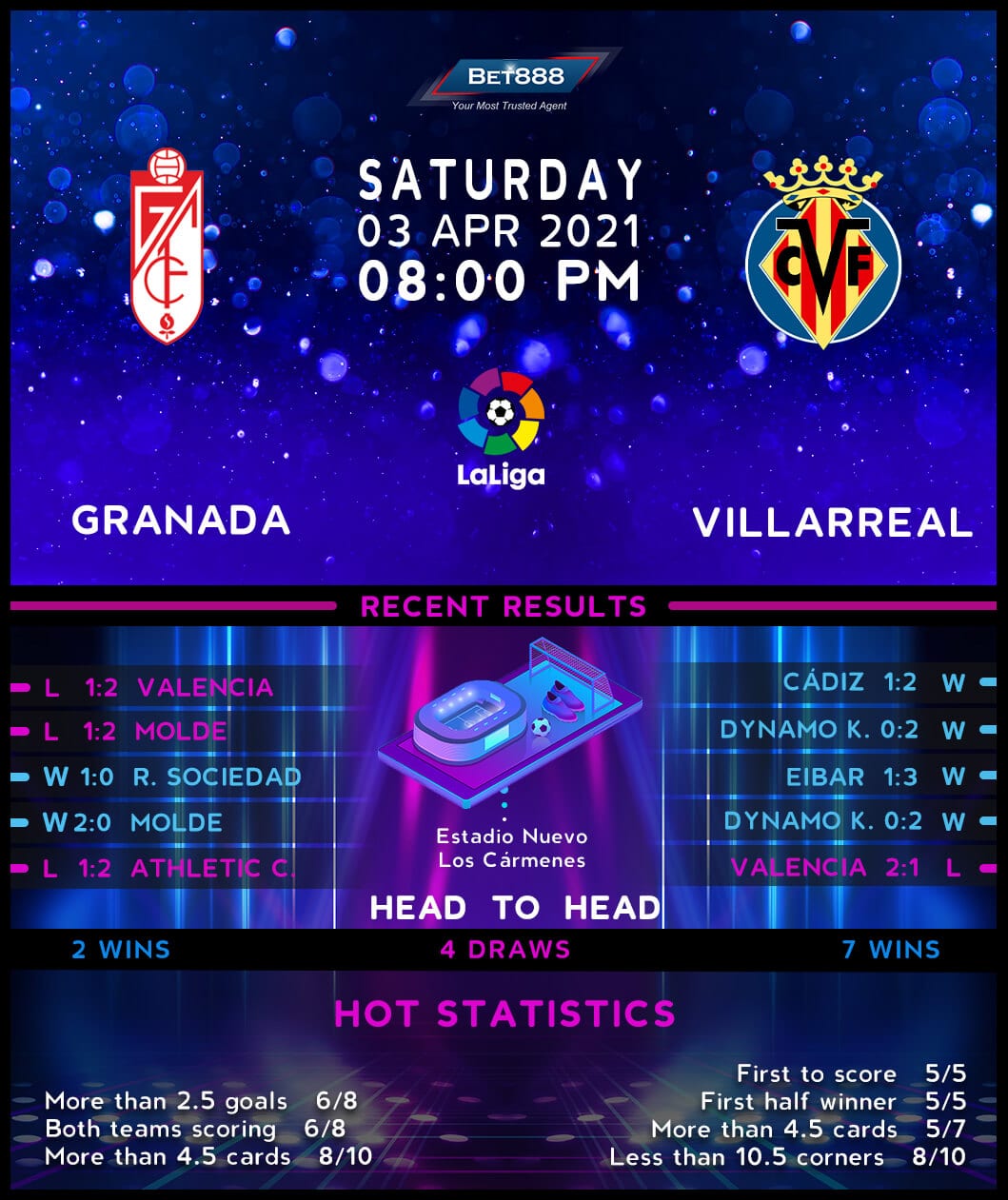