It’s been a humiliating World Cup Qualifying campaign for Guam so far, as they’ve lost all five qualifiers by an aggregate score of 19-2 and are rooted to the foot of Group A. In addition to a 7-0 thumping to China in the reverse fixture, Suh Dong Won’s men have lost each of their last four qualifying matches by at least a two-goal margin, conceding 3+ goals on each occasion. Guam’s overall record in the World Cup qualifiers reads W2, D1, L7, with seven goals scored and 51 conceded. It comes as no surprise they head into this meeting as massive underdogs, even though they’ve won twice in their last four home games across all competitions (L2). Guam’s latest home matches have been brimming with action, with four of their last six such contests featuring 4+ FT goals.

Meanwhile, China enjoyed a flying start to their World Cup Qualifying campaign, securing back-to-back victories against Maldivi and Guam by an aggregate score of 12-0. However, the visitors have failed to keep momentum, failing to win both of their previous matches in Group A against Filippini and Syria, respectively (D1, L1). Despite sitting a staggering nine points adrift of section-leaders Syria, Li Tie’s men can still reach the next qualifying stage as one of four best-ranked second-place nations in the Asian qualifying series. China’s 2-0 away triumph against Hong Kong last time out ended a run of three consecutive defeats. Before that win, they had scored just once in their previous three road fixtures (D1, L2). It is, however, worth noting that this is China’s first international game since December 2019. 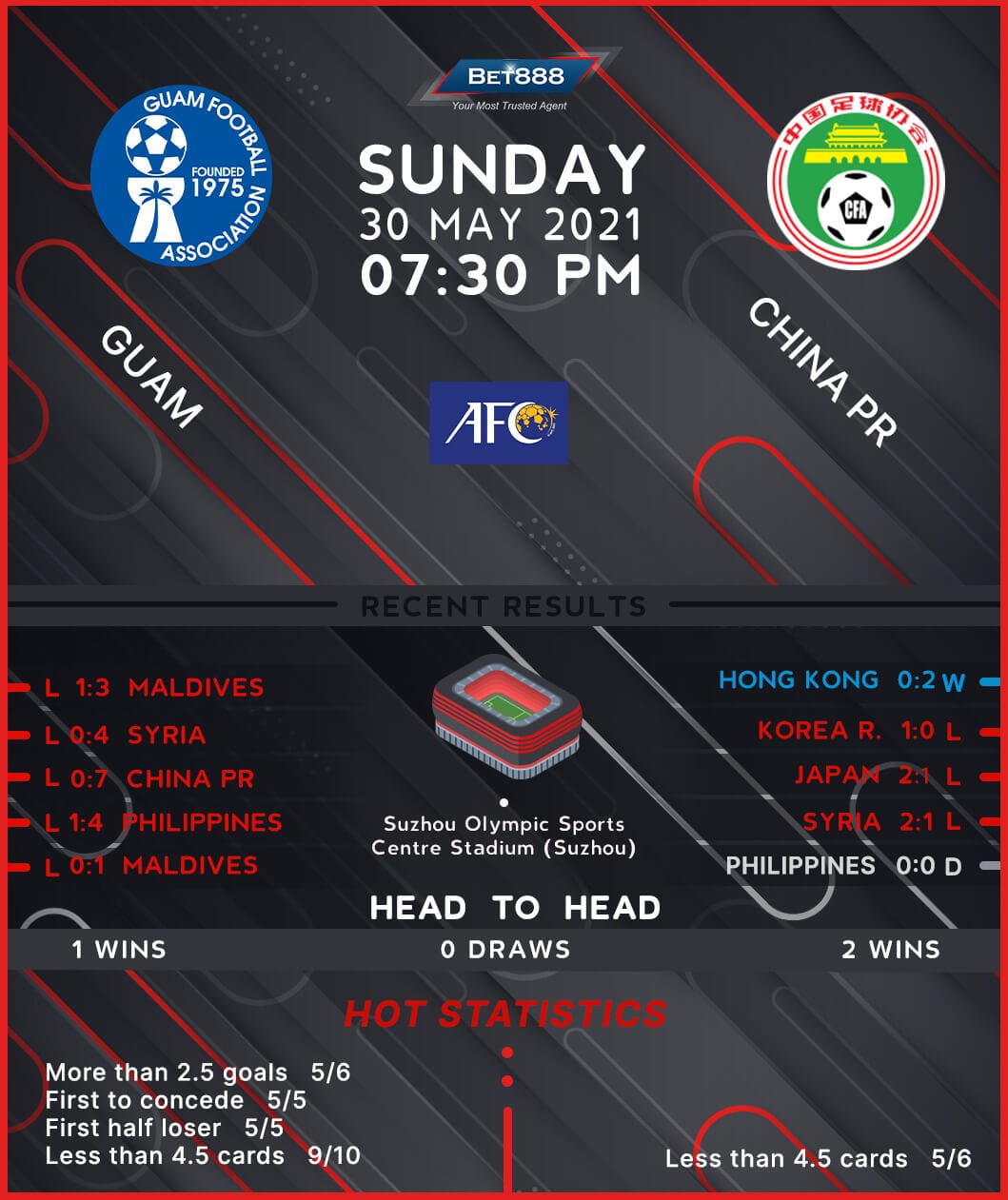