Hannover 96 and Werder Bremen are set to face off at the HDI-Arena in the DFB Pokal Round of 32.

Six of Hannover’s seven previous competitive matches have seen one or both teams fail to score (W2, D2, L3), including the last five. Low scoring has been a theme for ‘Die Roten’ lately, with each of their four previous contests producing under 2.5 total goals. But, just one of their six home fixtures this season has ended in a draw (W4, L1), with each game won/lost in this sequence coming by at least a two-goal margin. Against this backdrop, the last seven competitive meetings between Hannover and Werder held at this venue have ended separating the teams by under 1.5 goals, with three of the four previous featuring under 2.5 goals. Early action seems to be well off the table, as just one of Hannover’s six home matches has seen a goal scored within 15 minutes of play.

On the other hand, Werder picked up a narrow 1-0 away win over Mainz at the weekend to bring a dismal nine-game winless run to a halt (D5, L4). A lack of ruthlessness in front of goal has seen ‘Die Werderaner’ score precisely once per match eight times across their last ten competitive outings. In turn, they have netted under 1.5 goals in five of their six previous away games despite breaking the deadlock on four of those occasions. Yet, Florian Kohfeldt’s men can take some confidence from the fact they’ve run out winners in three of their last five competitive H2Hs (D1, L1). Curiously, though, late action has highlighted Werder’s fixtures this term, as seven of their 13 Bundesliga matches have seen a goal scored beyond the 75-minute mark. 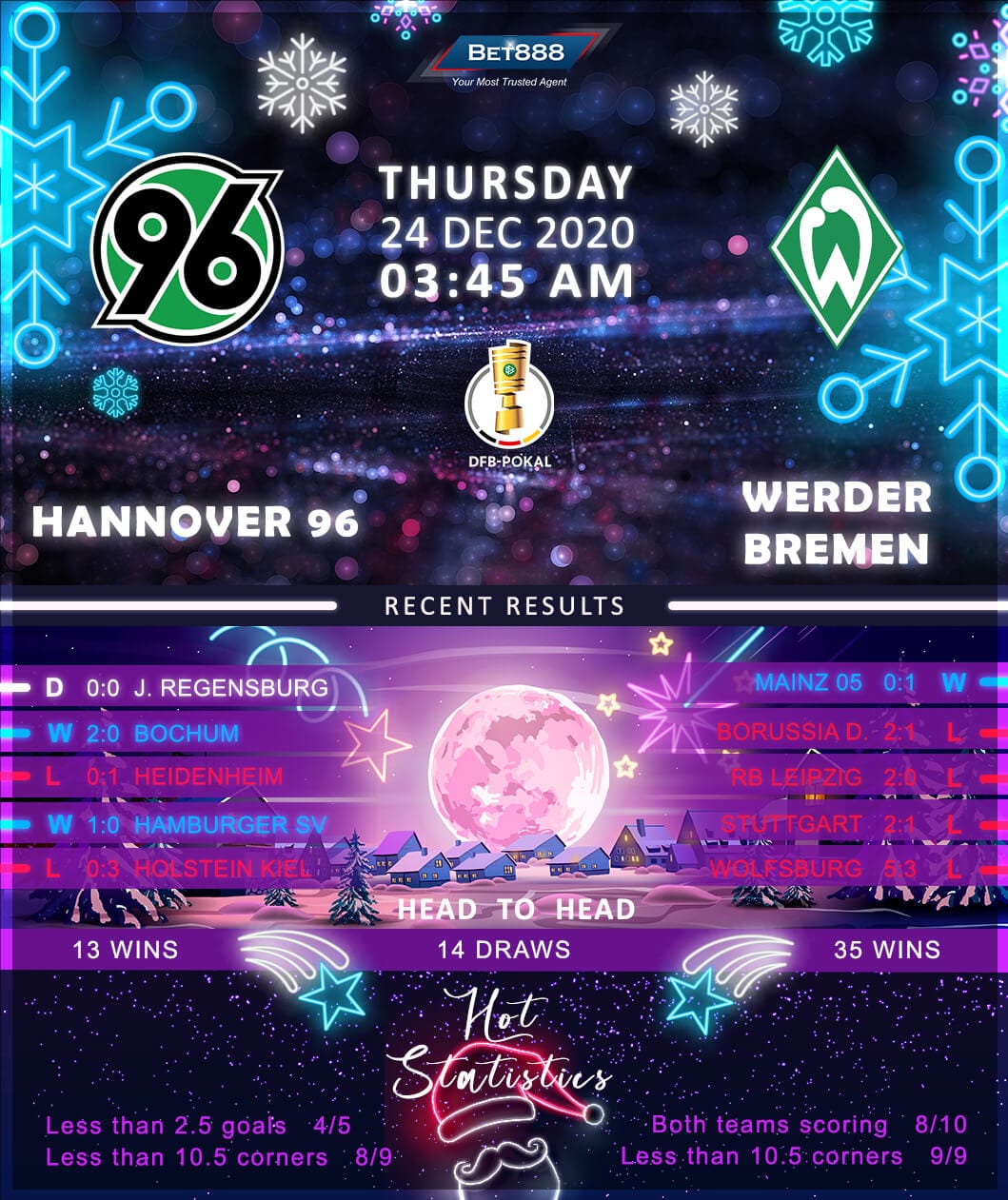