The two sides that have had identical returns from their last three competitive fixtures (W1, D2) lock horns at the Stadio Marc’Antonio Bentegodi as Hellas Verona take on AC Milan in an exciting Serie A clash.

Since losing 2-0 at Udinese on Matchday 21, the hosts have gone unbeaten in four consecutive Serie A games (W2, D2), scoring over 1.5 goals on three occasions. Interestingly, each of Verona’s seven previous home league matches has seen both teams on the scoresheet, with Ivan Juric’s men avoiding defeat in the last four (W3, D1). Verona’s home action usually sparks into life after half-time, as witnessed by the fact that 62.96% of their home Serie A goals scored/conceded at the Bentegodi this term arrived in the second half. Additionally, a third of their home league fixtures this season featured a goal inside the final 15 minutes of play. Yet, ‘I Mastini’ have failed to win any of their two home matches against the current top-four teams this Serie A campaign (D1, L1).

A dismal 1-1 home draw with Udinese a few days ago means Milan have failed to win three of their last four Serie A matches (D1, L2), allowing fifth-placed Roma to reduce the gap to six points. Away from home, though, ‘I Rossoneri’ boast the best win-ratio of 83.33% this season (GP12 – W10, D1, L1), notably scoring 2+ goals in 11 of their 12 top-flight trips thus far. Quick out of the blocks, Stefano Pioli’s men have opened the scoring in all but two of their away league fixtures this term, returning all 30 points from such contests. Curiously, none of Milan’s last six Serie A meetings with Hellas in Verona have ended in a draw (W3, L3), with four of those results (win/loss) coming by a single-goal margin. 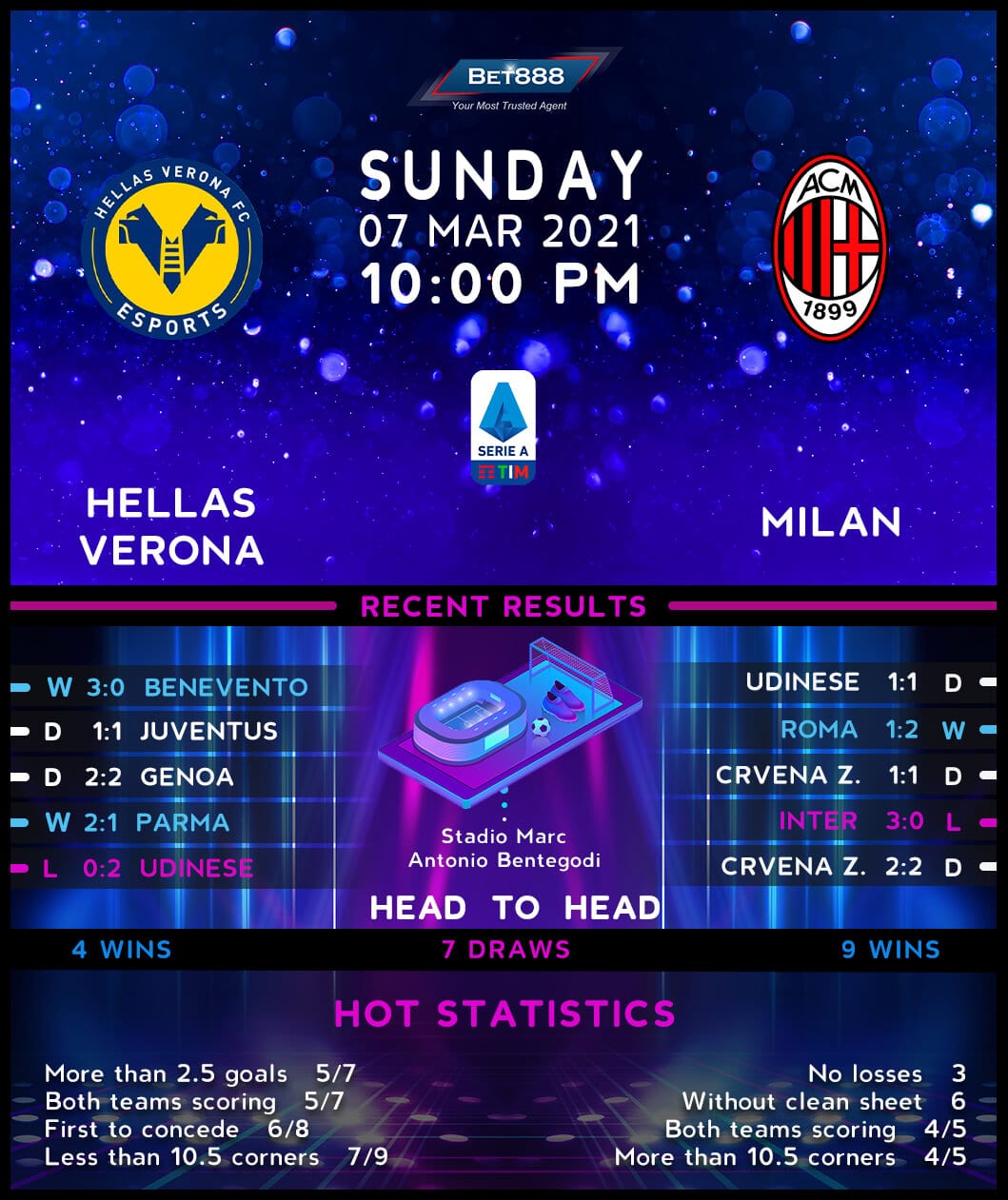