Hellas Verona and AC Milan are set to exchange tackles at the Stadio Marc’Antonio Bentegodi in an exciting Serie A match-up.

Verona head into this round in high spirits after going unbeaten in five of their six previous Serie A matches (W3, D2), including the last three in a row (W2, D1). But Verona’s recent league fixtures have been notably tight, with seven of their last eight featuring a full-time margin of under 1.5 goals and three of their five games (won/lost) in that sequence yielding the identical 2-1 scoreline. Yet, a lack of consistency that has seen none of Verona’s last 13 Serie A matches produce the same outcome twice in a row means ‘I Gialloblu’ could win back-to-back Serie A contests for the first time since January following a 2-1 victory at Cagliari last time out.

In the meantime, Milan pulled off a late 1-0 home triumph over Fiorentina last weekend, making it three Serie A wins in a row and stretching their unbeaten league streak to 13 matches (W8, D5). But after Inter Milan’s 4-2 thumping of Empoli, ‘I Rossoneri’ need another victory to reclaim the top spot in the table and maintain their dream of winning their first Scudetto since 2010/11. Milan have come out victorious in their last two Serie A visits to Verona and could beat them for the third time on the trot at Bentegodi for the first time in the club’s history. 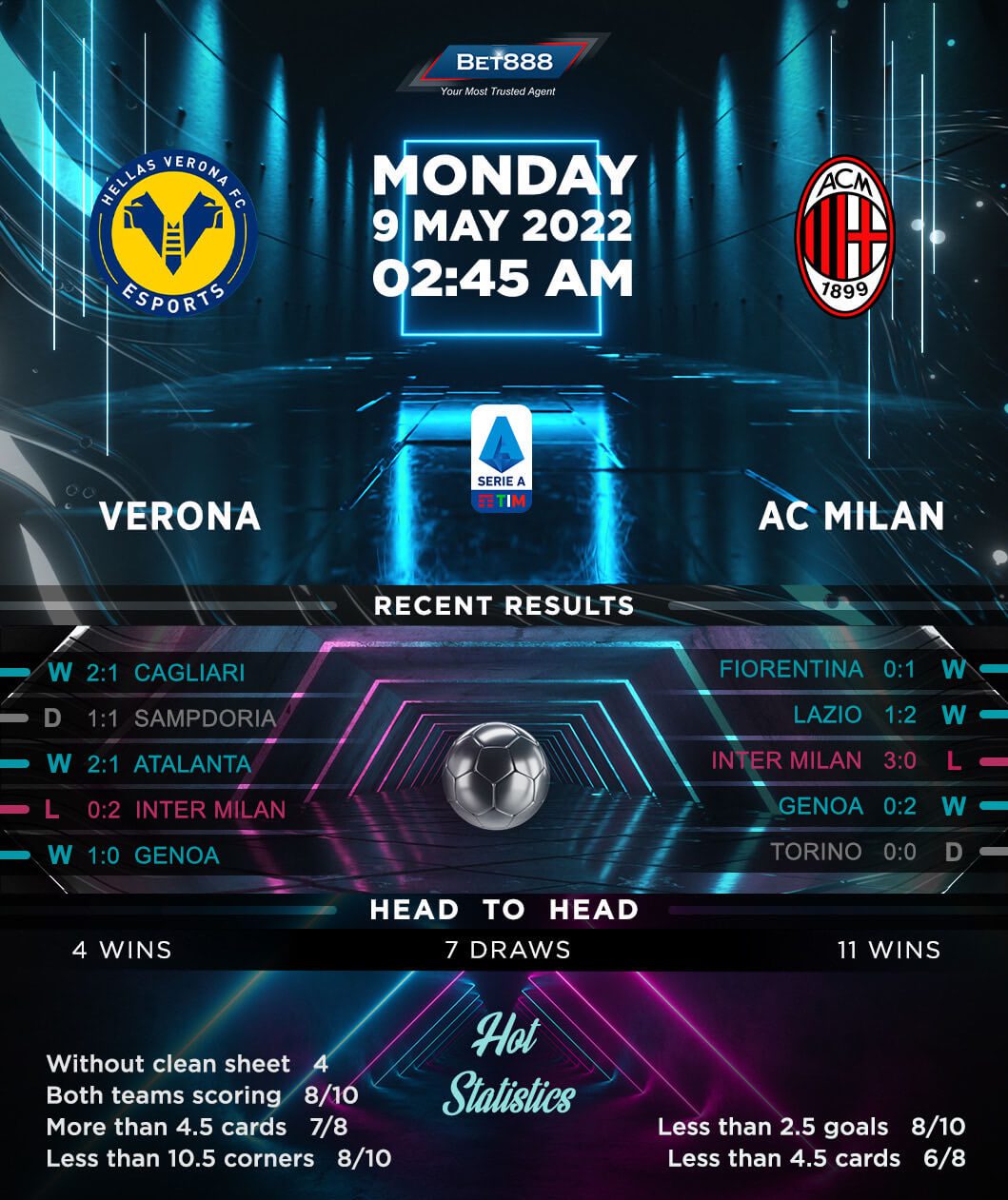