After suffering elimination in the UEFA Champions League, Atalanta will be looking to solidify their position in the Serie A top-four race when they meet Hellas Verona at the Stadio Marc’Antonio Bentegodi this weekend.

Ahead of the kick-off, Hellas have suffered a dip in form, going from four consecutive Serie A games without losing to back-to-back defeats, both of which saw them concede in both halves. As a result, ‘I Mastini’ stare at the prospect of losing three league fixtures on the bounce for the first time since May 2018. Verona’s recent drop-off has coincided with their emerging defensive issues that have seen Ivan Juric’s men fail to keep a clean sheet in ten successive Serie A matches after doing so four times in a row beforehand. However, the hosts can draw confidence from their solid top-flight H2H record against Atalanta at home this millennium (W5, D1, L1). Marc’Antonio Bentegodi has been a venue of entertainment lately, with five of their last seven league fixtures here seeing over 2.5 goals and both teams on the scoresheet.

Meanwhile, none of Atalanta’s last six Serie A games have ended in a draw (W4, L2) since a 3-3 stalemate with Torino at home on Matchday 21, with half (3) of the matches won/lost in that sequence seeing the victor keep a clean sheet. In turn, ‘La Dea’ have claimed three wins in their last four away league fixtures (L1), keeping a blank sheet in each success while drawing a blank in that lone failure. Having succumbed to a 1-0 defeat at Internazionale in their last Serie A trip, the Bergamo powerhouse now face the risk of losing back-to-back away league games for the first time since November 2017. To avoid such a scenario, Gian Piero Gasperini’s men will look to secure a first-half lead, as they’ve won 83.33% of the Serie A matches in which they were in front at the break this season (GP:12 – W10, D2). 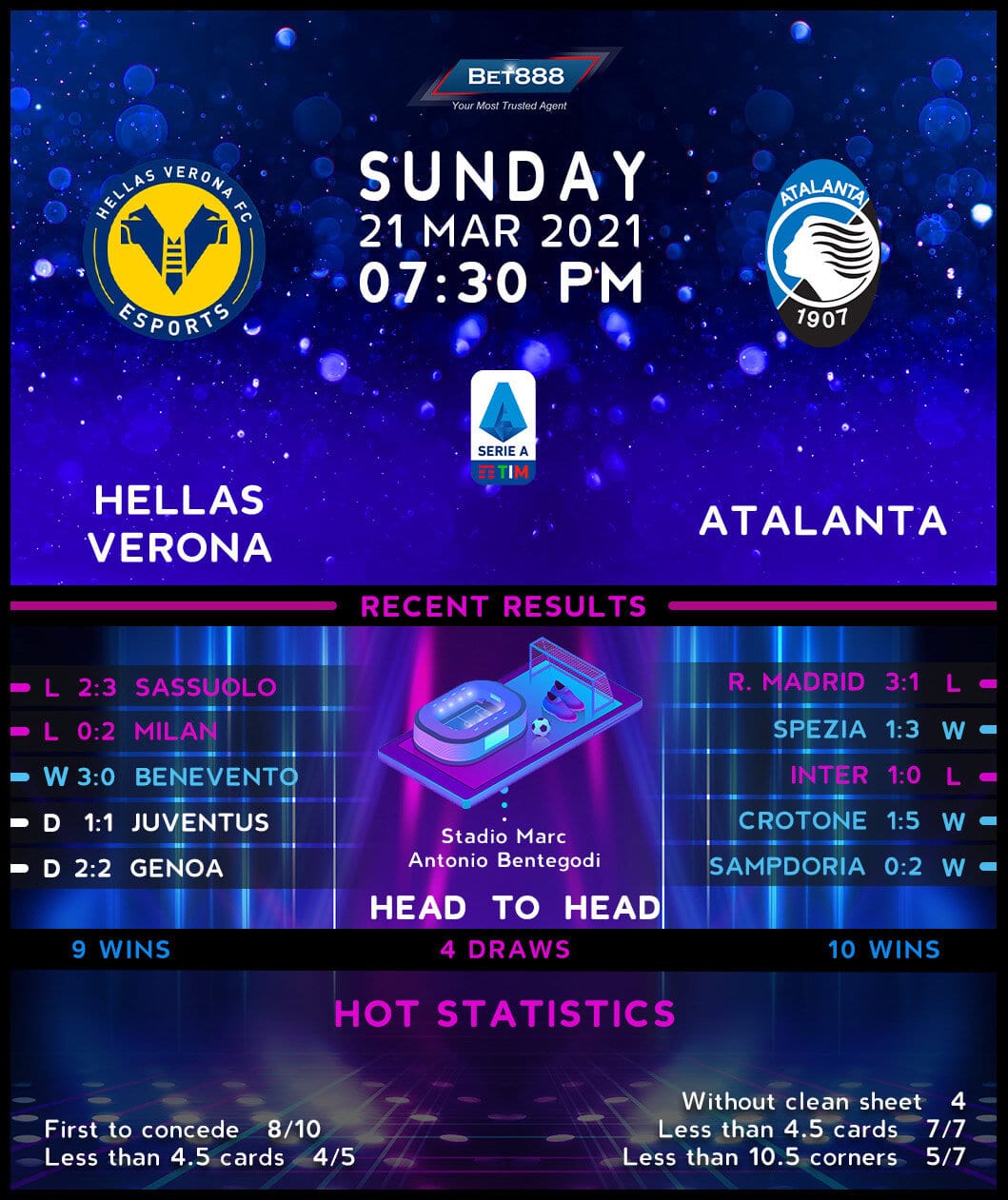