Stadio Marc’Antonio Bentegodi is the venue, as Hellas Verona and Bologna meet in a mid-table Serie A encounter in the penultimate round of the 2020/21 fixtures.

Verona have won just one of their previous 11 Serie A fixtures (D2, L8) and are winless in the last seven (D2, L5) since beating Cagliari 2-0 away from home in early April. Furthermore, Ivan Juric’s men have gone winless in seven home Serie A matches on the trot (D3, L4) since a 2-1 victory over Parma in mid-February, last enduring a longer such streak in January 2016. Verona’s main problem during that seven-game sequence was a clueless attack that failed to score in three of those matches while netting precisely once in each of the remaining four. ‘I Gialloblu’ now go up against a Bologna side they have failed to win against in their last five Serie A meetings on home turf (D2, L3), drawing a blank on three of those occasions.

On the other hand, the visitors have claimed just one triumph in their previous eight Serie A outings (D3, L4) and are winless in the last five in a row (D3, L2) since a 4-1 thumping of Spezia at home on Matchday 31. Away from home, Sinisa Mihajlovic’s men have managed to win only once in their last seven Serie A games (D2, L4), scoring under 1.5 goals in all six matches they didn’t win. Indeed, since the beginning of April, ‘I Rossoblu’ are the only side in Serie A to have failed to score in 50% of their eight league fixtures. Worryingly, no team has conceded first away from home on more occasions than Bologna (15) this season, albeit they’ve also recovered the most points from losing positions on the road so far (9). 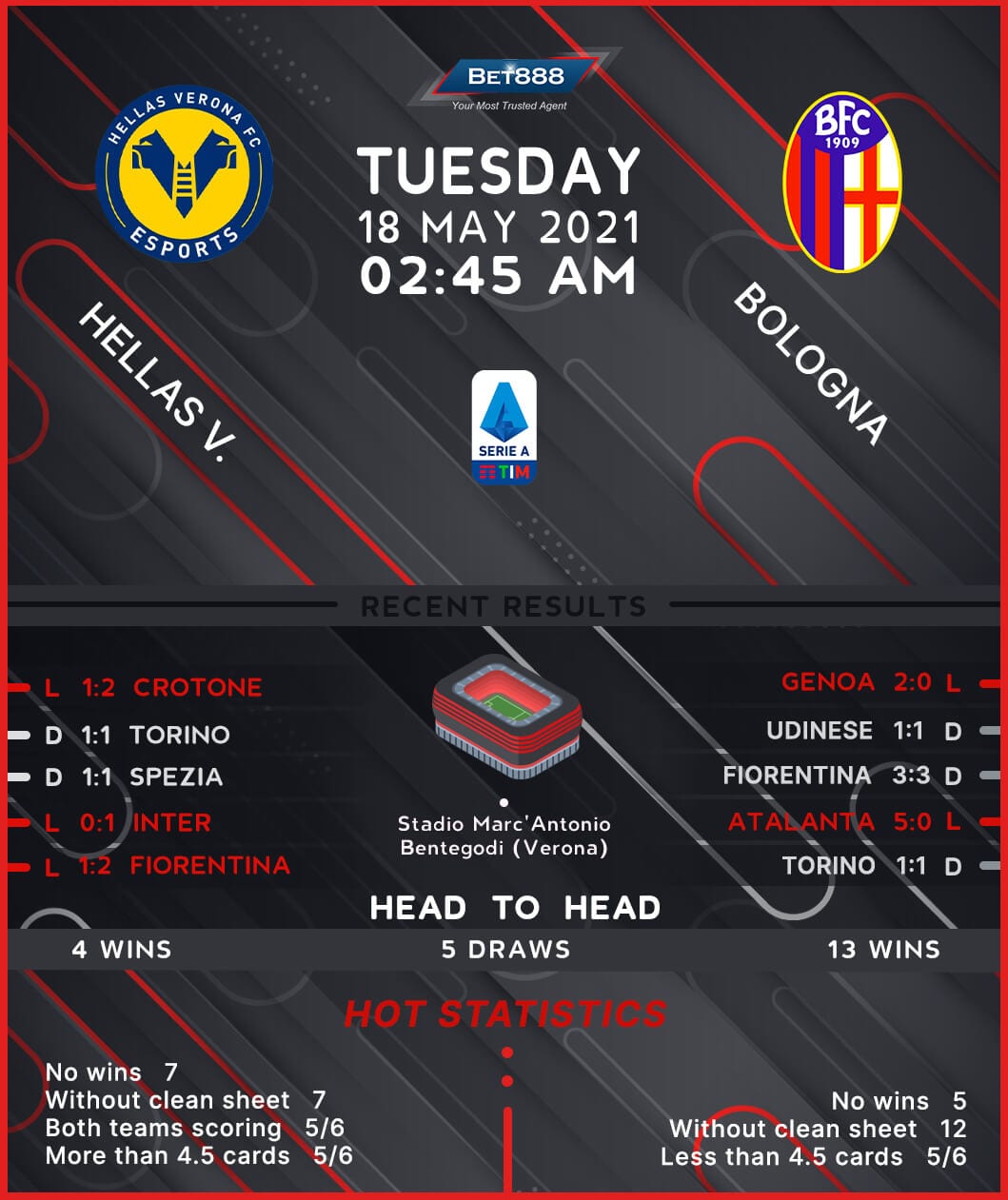