Juventus’ elusive pursuit of Serie A leaders Internazionale continues this weekend as the perennial Italian champions head to the Stadio Marc’Antonio Bentegodi to tackle Hellas Verona.

The hosts are searching for consistency after returning two wins from their last five Serie A games (D1, L2), four of which saw over 2.5 goals and both teams on the scoresheet. At home, however, ‘I Gialloblu’ have enjoyed a notable upturn in form, going from four straight league fixtures without winning (D1, L3) to three victories in a row, with each result (win/loss) over that stretch of matches seeing the victor concede precisely once. Verona’s hopes of avoiding defeat may well hinge on their first-half display, as Ivan Juric’s men have not lost any of the six Serie A games in which they’ve been leading at half-time this season (W3, D3). Easier said than done, as Hellas have only managed a league fourth-low four first-half goals scored at home this Serie A campaign.

Meanwhile, Juventus have not drawn any of their nine Serie A fixtures since the turn of 2021 (W7, L2), with eight of those results (win/loss) seeing the sides separated at full-time by at least two goals. Notably, each of Juve’s previous nine league victories has yielded a winning margin of over 1.5 goals, with the last four also producing a clean sheet. Away from home, Andrea Pirlo’s men have alternated between a win and a defeat in their last four Serie A matches, three of which saw the victor register a shutout. Given Juventus’ footballing stature, it may come as some surprise that they have only picked up one triumph in their last six top-flight trips to Verona (D3, L2), conceding precisely twice per game on five occasions in that period. 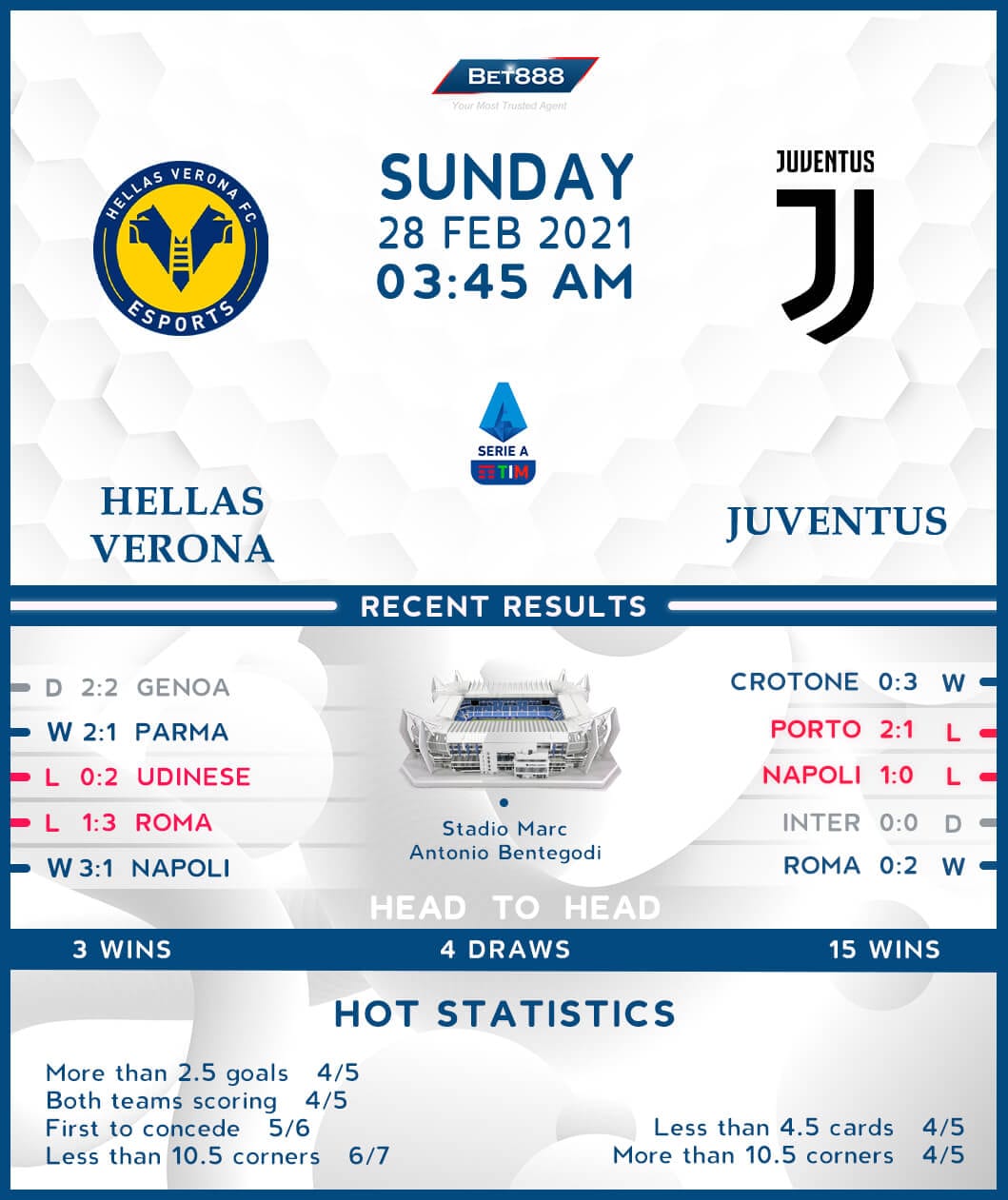