Lazio will be looking to extend their three-game winning away Serie A streak against Hellas Verona when the two sides lock horns at the Stadio Marc’Antonio Bentegodi.

Hellas Verona pulled off an all-important 2-0 win at Cagliari last time out to bring their three-match losing streak in Serie A to a halt and register only their third shutout in 15 league matches this calendar year. Excluding a walkover against Roma on Matchday 1, ‘I Gialloblu’ have claimed back-to-back Serie A wins only once over the course of the 2020/21 season and can now replicate that feat. Hellas’ defensive frailties have seen them fail to keep a clean sheet in each of their last 11 Serie A fixtures at home, conceding 2+ goals five times in the process. Poor second-half performers, Ivan Juric’s men have recorded two-thirds of their total home Serie A goals conceded this term in the second half of play (6/9).

Meanwhile, Lazio have gone from strength to strength since a 3-1 loss at Juventus on Matchday 26, racking up three consecutive Serie A triumphs, all of which yielded a single-goal margin. Simone Inzaghi’s all-out approach should be held accountable for the fact that none of Lazio’s last 13 league fixtures have ended level (W10, L3). Quick out of the blocks, ‘I Biancocelesti’ have notched up a league-high ten goals inside the opening 15 minutes of play this Serie A campaign. Additionally, the visitors are one of the just five teams to hit double digits in terms of the goals scored in both halves away from home this term. It is worth noting that the capital-based giants have won eight of their last ten top-flight H2Hs against Hellas held in the second half of the season (D1, L1). 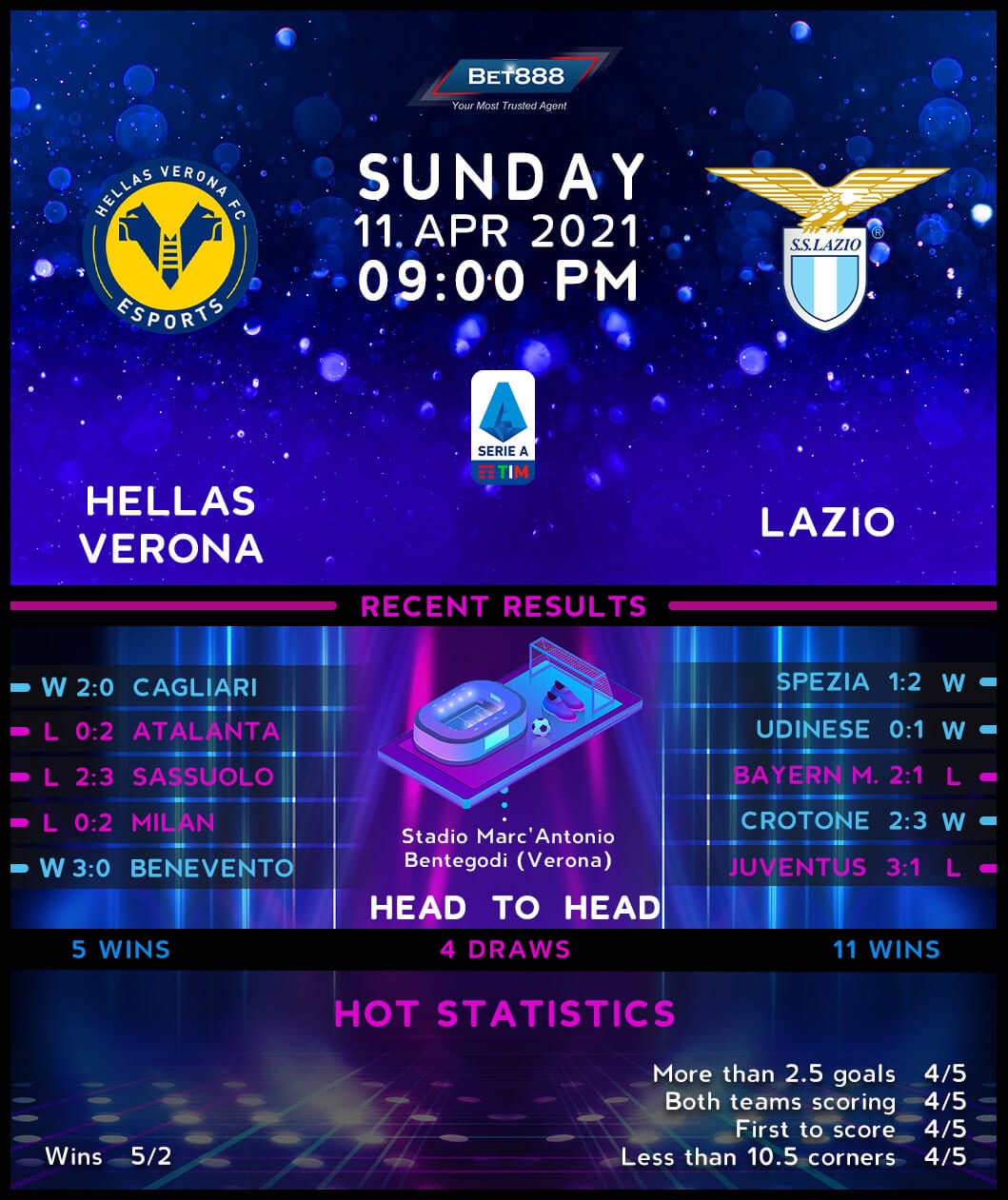