Hertha BSC and Borussia Monchengladbach will square off at the Olympiastadion in an exciting Bundesliga match-up.

Hertha have won two of their last four Bundesliga games (D1, L1), as many victories as they had in their previous 14 in the competition (D5, L9). Moreover, ‘Die Alte Dame’ have gone from three consecutive home league defeats to back-to-back triumphs as they look to put together three home Bundesliga wins for the first time since September 2018. However, Hertha’s lackluster home starts have seen them concede the opener in 69.23% of their Bundesliga matches at the Olympiastadion this term (9/13), going on to lose 77.78% of such contests (W2, L7). Before being held to a goalless draw in this exact fixture back in 2019/20, Hertha had won three of their previous seven top-flight H2Hs as hosts, losing the other four. A high-scoring affair is well on the cards, though, given that four of their last five Bundesliga meetings held at this venue have featured 3+ FT goals.

Meanwhile, the UEFA Champions League exit to Manchester City seems to have helped the visitors find some consistency in the Bundesliga, as they’ve gone from four successive league defeats to two straight wins on the back of their European failure. Back-to-back victories over Schalke 04 and Freiburg present Borussia with a prime opportunity to assemble three consecutive Bundesliga triumphs for the first time this season. One bright spot has been Gladbach’s ability to grind out a result after falling behind – ‘Die Fohlen’ have rescued more Bundesliga points (10) from losing positions than any other side this calendar year. Interestingly, 61.54% of Gladbach’s away top-flight fixtures this season have featured a goal inside the final 15 minutes of play (8/13), highlighting the potential for plenty of late action. 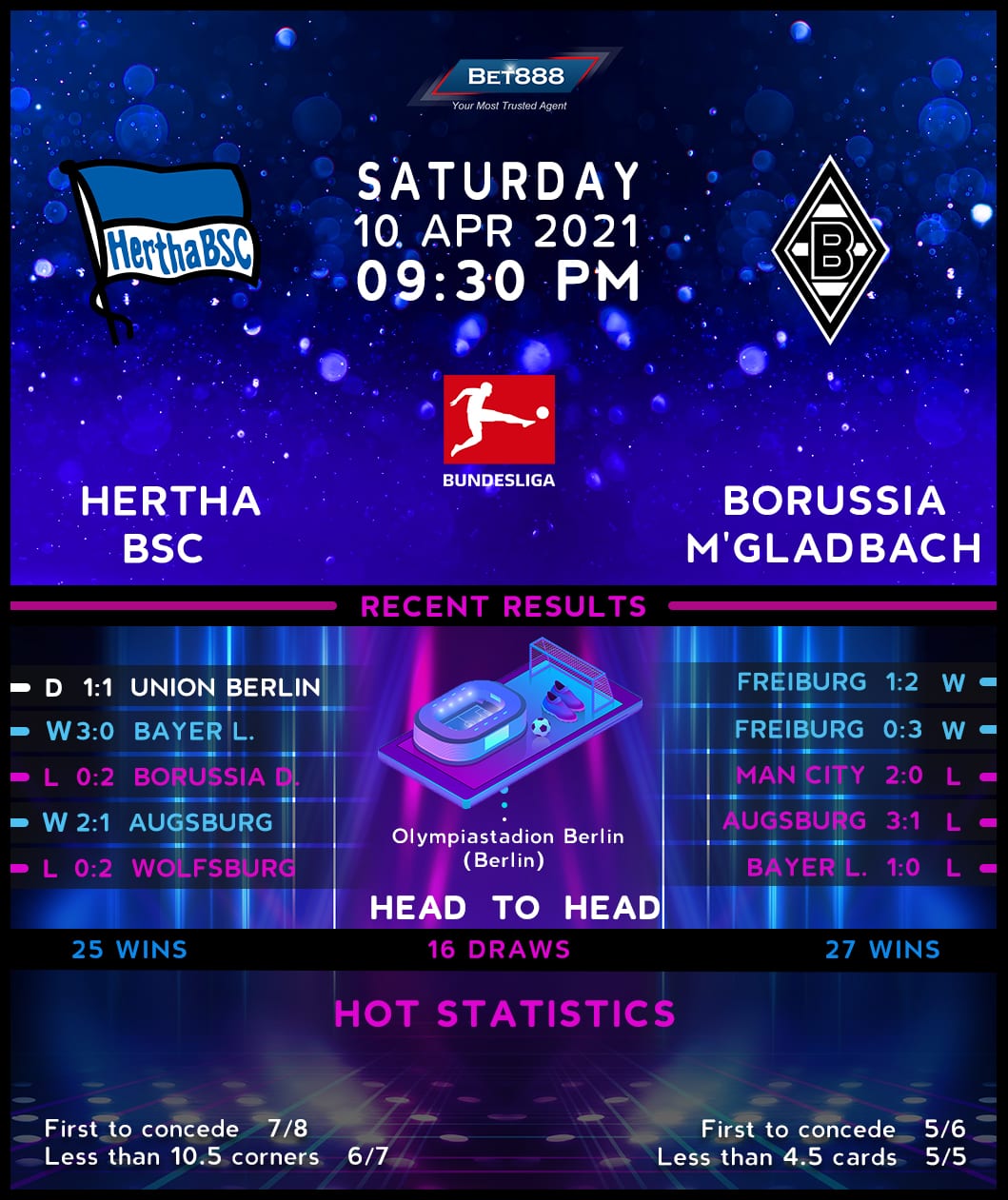