Out-of-sorts Hertha BSC will be desperate to find the way out of a severe crisis when they meet high-flying Bayern Munich at the Olympiastadion in an exciting Bundesliga showdown.

Though a 3-0 dismantling of Schalke 04 to start the new calendar year indicated a potential upturn in form, Hertha have faltered badly since then, going winless in five subsequent Bundesliga matches (D1, L4). In that particular period, ‘Die Alte Dame’ scored only two goals while conceding 11 in return – a sequence that leaves them flirting with the relegation zone. Furthermore, Pal Dardai’s men have lost both of their previous home Bundesliga games via a three-goal margin, conceding precisely two second-half goals on each occasion. That’s not the kind of form Hertha will be looking to dwell on against a Bayern Munich side they’ve failed to beat in 32 of their last 34 top-flight meetings (D9, L23). Conceding the opening goal would only increase their chances of losing, knowing they’ve surrendered the points in eight of their nine Bundesliga matches when doing so this season (W1, L8).

Meanwhile, Bayern Munich have stepped on the gas following a dismal 3-2 away defeat at Borussia Monchengladbach on Matchday 15, winning each of their four subsequent Bundesliga fixtures by an aggregate score of 11-2. What’s more, the ‘Bavarians’ have won each of their last two away league games ‘to nil’ after failing to keep a clean sheet in seven consecutive Bundesliga trips beforehand. Remarkably, Hansi Flick’s men have notched up an intimidating 57 goals after 19 Bundesliga matches so far this campaign (3.00 on average per game), setting the club’s record for this stage. Even if they concede the opener, Bayern should have enough character to grind out a result, notably rescuing the division’s highest 15 points after falling behind this season (GP:8 – W4, D3, L1). 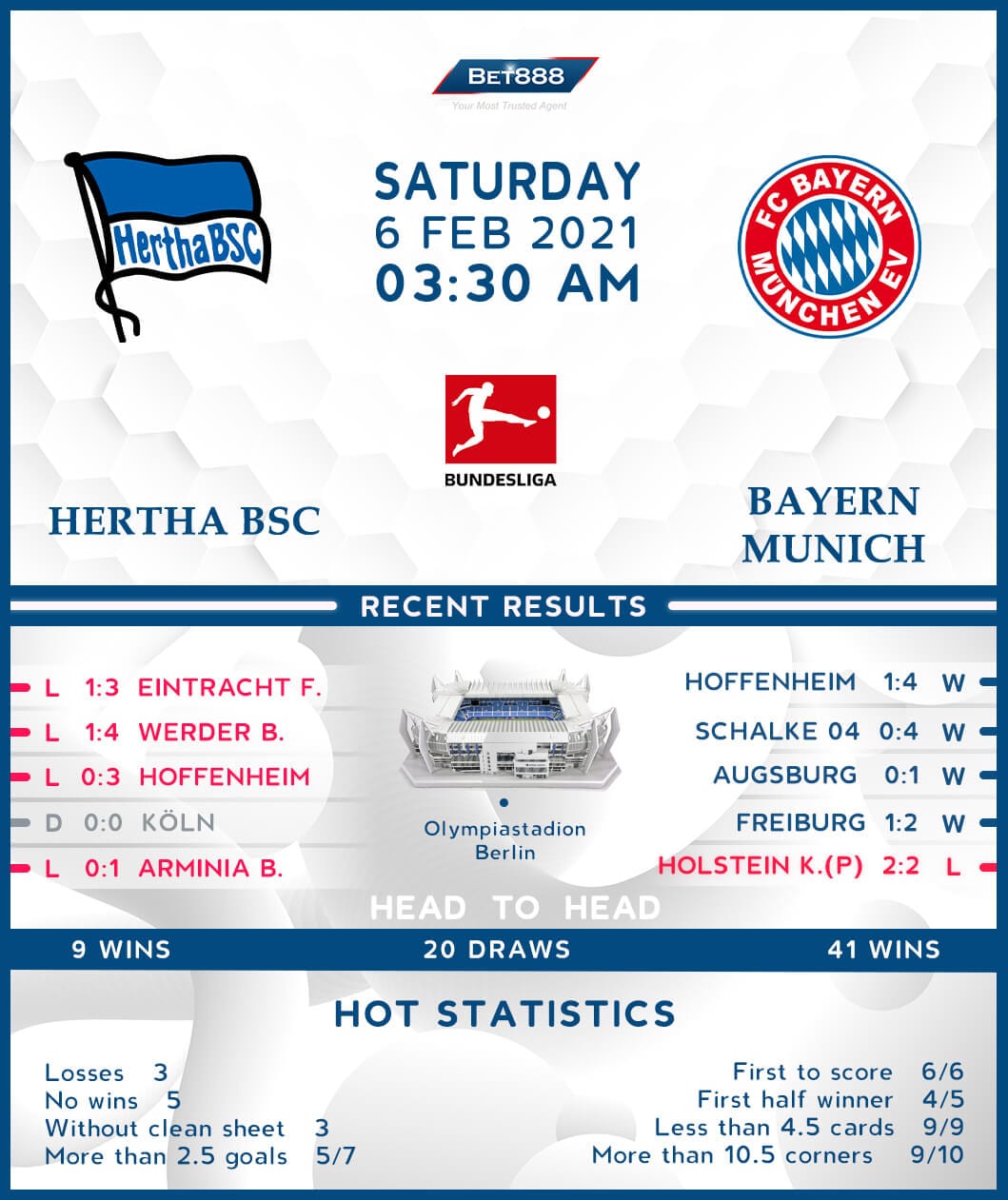