Rocked by a 2-0 home loss to Liverpool in the UEFA Champions League midweek, RB Leipzig travel to Olympiastadion to take on Hertha BSC in an exciting Bundesliga fixture.

Hertha take the field after failing to win any of their last seven Bundesliga matches (D2, L5), scoring under 1.5 goals on each occasion in that time. Ahead of the kick-off, ‘Die Alte Dame’ have lost three consecutive home league games, drawing a blank in two while conceding a total of eight goals in the process. In such a tense atmosphere, Pal Dardai’s men welcome a Leipzig side they’ve lost to in all four of their top-flight meetings held at this venue. The home team conceded an alarming number of goals across those four H2Hs (17), letting in 3+ goals in each of those meetings! This season alone, Hertha’s defensive woes have seen them concede a league-high 20 goals on home soil, allowing their opponents to get on the scoresheet first in seven of their ten Bundesliga home games so far.

Coming into this matchday, ‘Die Roten Bullen’ have racked up a three-game winning run in the Bundesliga, with two of those victories coming by a single-goal margin. Topically, the margins of Leipzig’s league triumphs this season have been pretty narrow, with 53.85% of their top-flight successes so far separating them from their rivals by one goal. Quick out of the blocks, Julian Naglesmann’s men have opened the scoring in each of their last six Bundesliga trips but have only managed to win three of those fixtures (D2, L1). Indeed, Leipzig will be desperate to improve their first-half defending, knowing 72.73% of their total away league goals conceded so far have come before half-time (8/11). Yet, the ‘clean-sheet’ theme is on the table, as they’ve registered a shutout in four of their last six competitive away matches. 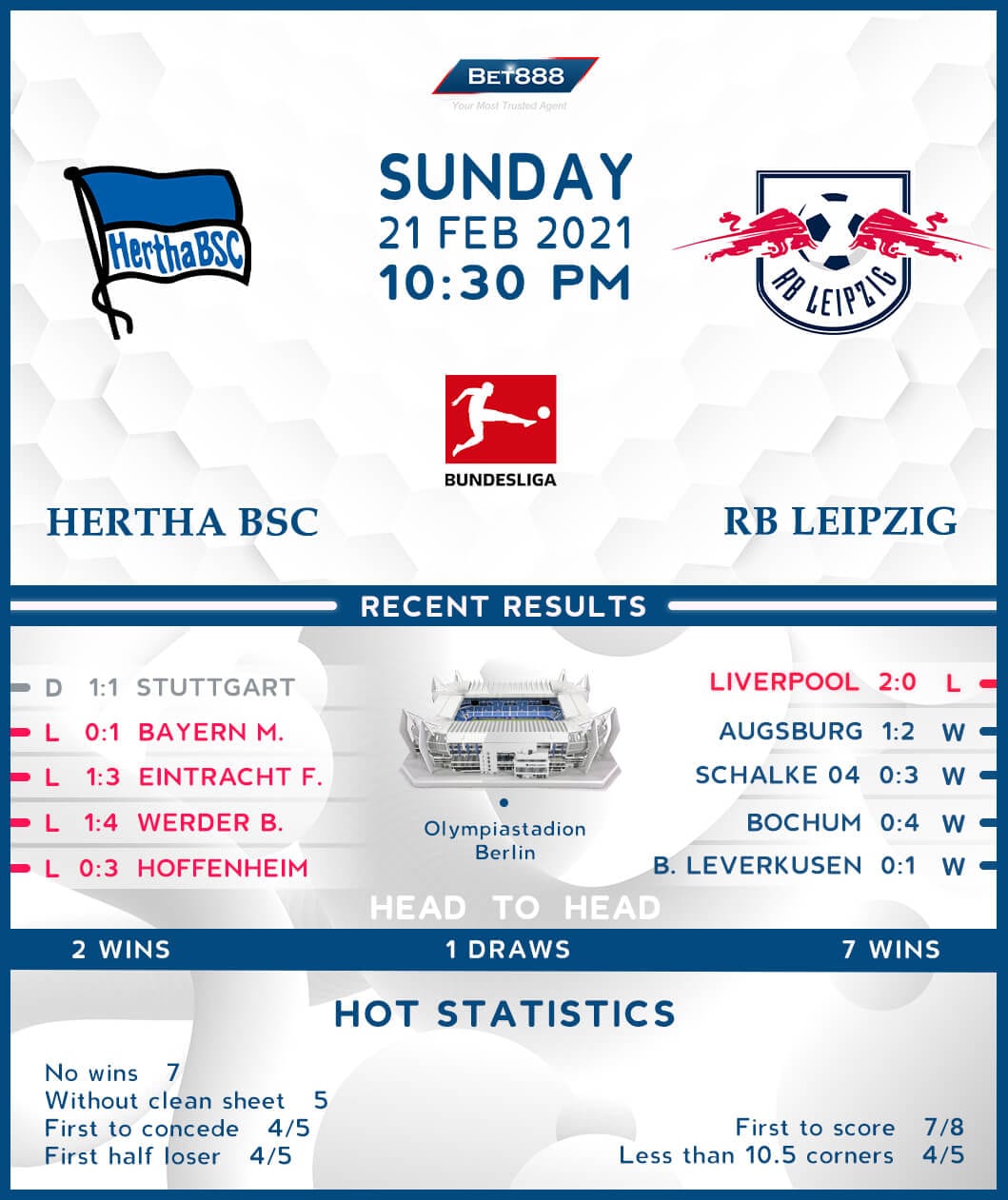