Barcelona will be looking to post back-to-back away La Liga victories for the first time under Ronald Koeman when they take on basement boys Huesca at the Estadio El Alcoraz.

It’s been a horrendous start to this La Liga campaign for newly-promoted Huesca, as they enter this round nailed to the bottom of the table after winning only once in their opening 16 league fixtures (D9, L6). A lack of firepower in the attacking third has seen ‘Los Azulgranas’ draw a blank in three of their seven home La Liga matches this season, scoring precisely once per game in three of the other four. Indeed, ahead of the kick-off, six of Huesca’s seven home La Liga fixtures have featured under 1.5 first-half goals in matches garnering under 2.5 total goals. To claim their first-ever top-flight victory over Barcelona (D1, L1), scoring the opening goal could be the way to go, as Michel’s men have not lost any La Liga match this term when doing so (W1, D4).

In the meantime, despite avoiding defeat in their last five La Liga outings (W3, D2), Koeman’s team head into this encounter trailing top-placed Atletico Madrid by a staggering ten points! That said, Barca have won just twice in their six away league matches this season (D1, L3), conceding the opening goal on four occasions. Given Barcelona’s footballing stature, it may come as some surprise that the last season’s runners-up have shipped the first goal in 56.25% (9) of their 16 top-flight fixtures this season! Curiously, the Catalan heavyweights have lost their last two La Liga meetings with newly-promoted sides, both of which came in the past six months and yielded the identical 2-1 scoreline. However, they have never lost to Huesca in a competitive match (W3, D1), scoring over 3.5 goals in each victory! 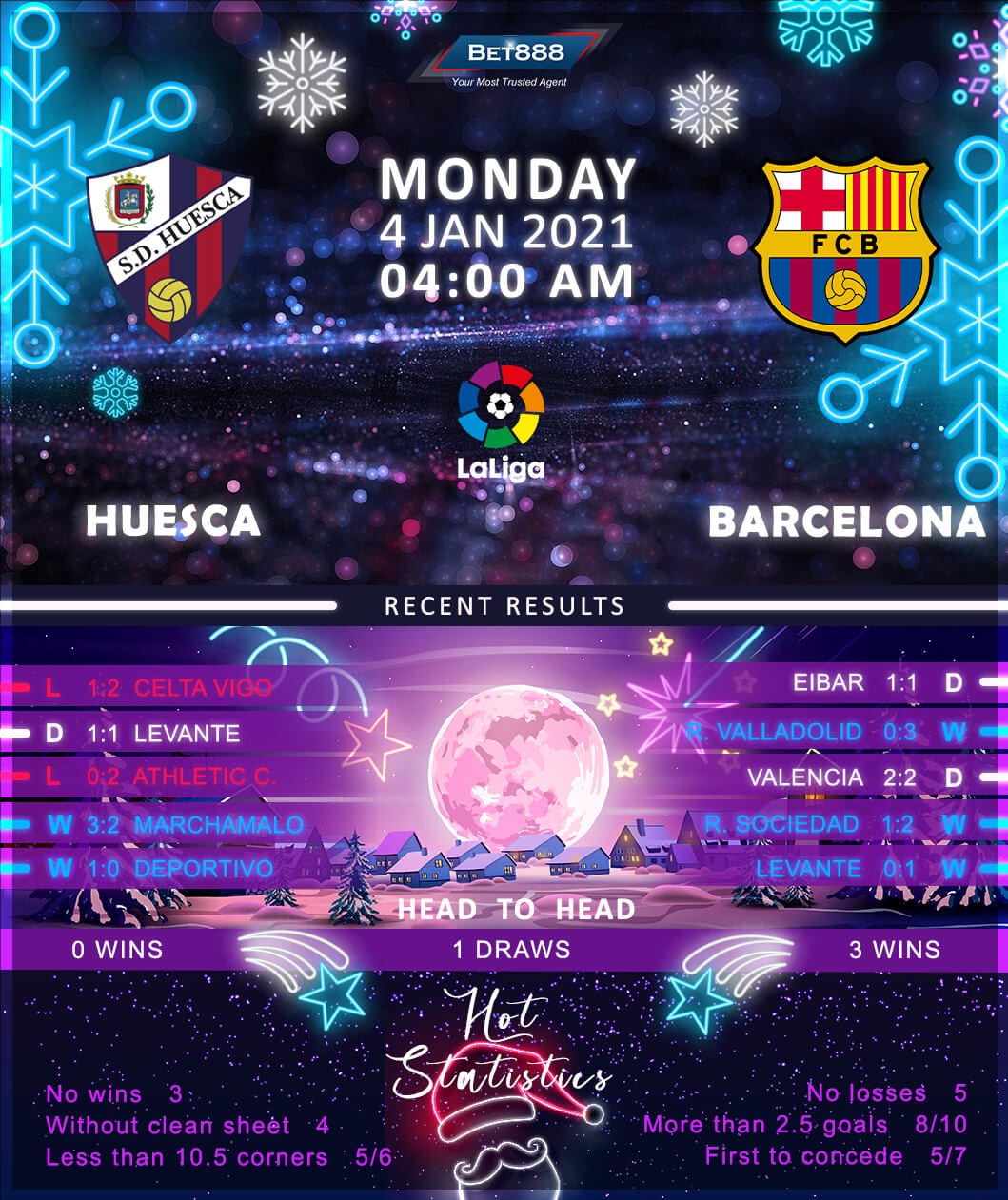