Poland’s World Cup Qualification campaign gets underway this midweek as they head to the Groupama Arena to take on Hungary in the Group I opener.

Seeking their first appearance on international football’s biggest stage since 1986, Hungary are undefeated in six competitive fixtures (W4, D2), notably restricting their opponents to a maximum of one goal per match on each occasion. Slow starts might raise some concerns, though, as the Hungarians drew a blank at half-time in three of their last four games in all competitions. A stalemate seems like a highly improbable scenario, knowing just one of their previous 17 competitive home outings has ended level (W11, L5). Topically, the ‘Magyars’ have lost two of their three H2Hs with Poland in the 21st century, winning the other one, with each result (win/loss) in that sequence coming by a narrow one-goal margin. Hungary getting on the scoresheet is a near-certainty, given that they’ve scored in 12 consecutive home fixtures in all competitions.

In the meantime, after a disappointing result in the FIFA World Cup 2018, Poland will be looking to qualify for the final tournament twice on the bounce for the second time this millennium. However, a lack of confidence could throw a spanner in the works, considering the ‘Eagles’ have gone from three successive competitive matches without losing (W2, D1) to two consecutive defeats, both of which saw them lose the second half ‘to nil.’ On the road, Paulo Sosa’s men have not drawn any of their last eight fixtures in all competitions (W5, L3), with six (75%) of those results seeing the winner on the day keep a clean sheet. Entertainment has been relatively sparse in Poland’s recent away matches, though, as eight of the last 11 have featured under 2.5 total goals. 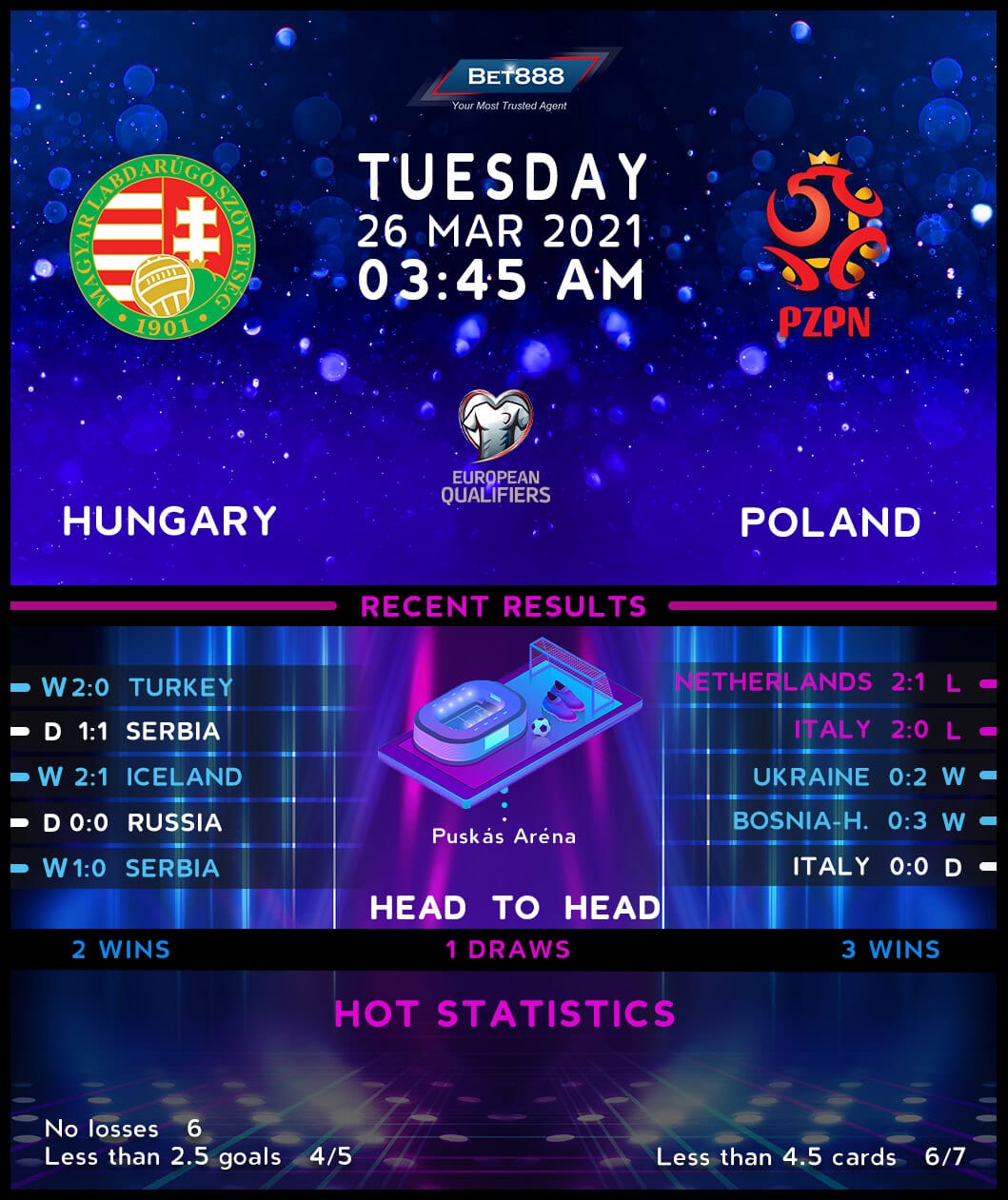