Hungary and Portugal will kick things off at Euro 2020 this midweek as they go head-to-head at the Puskas Arena in their Group F opener.

Hungary have reached the European Championship tournaments twice in a row for the first time in the country’s history after taking part in just two of the first 14 Euro finals. Despite their sporadic appearances at Euros, the ‘Magyars’ have made each of them count, making it out of the group stage in all three previous attempts. Even though they avoided defeat in each of their three group stage matches at Euro 2016 (W1, D2), Marco Rossi’s men have won just two of their eight games at the final tournament (D2, L4). From a historical point of view, the Hungarians are far more lethal after the half-time break – seven of their 11 goals netted at the European Championship tournaments came in the second half of play (two in extra-time). By contrast, they have scored before the interval in five of their last six goalscoring internationals.

Meanwhile, Portugal will be featuring at their eighth European Championship tournament, with the ‘Selecao’ negotiating the group stage in each of their last six competition editions. Curiously, they have never failed to progress from the group stage in any of their seven previous seven Euro appearances, going all the way to at least the semi-finals five times in the last seven attempts. After becoming the latest first-time winners of the Henri Delaunay trophy in 2016, Portugal will be looking to become only the second nation to win back-to-back crowns after Spain. Penalty shoot-outs excluded, Fernando Santos’ men have avoided defeat in their last 11 outings at the Euro finals, with both of their previous losses in the competition coming at the hands of Germany. If they complete the Euro 2020 group stage unbeaten, Portugal will equal Spain’s tournament record of 14 European Championship matches without a loss. 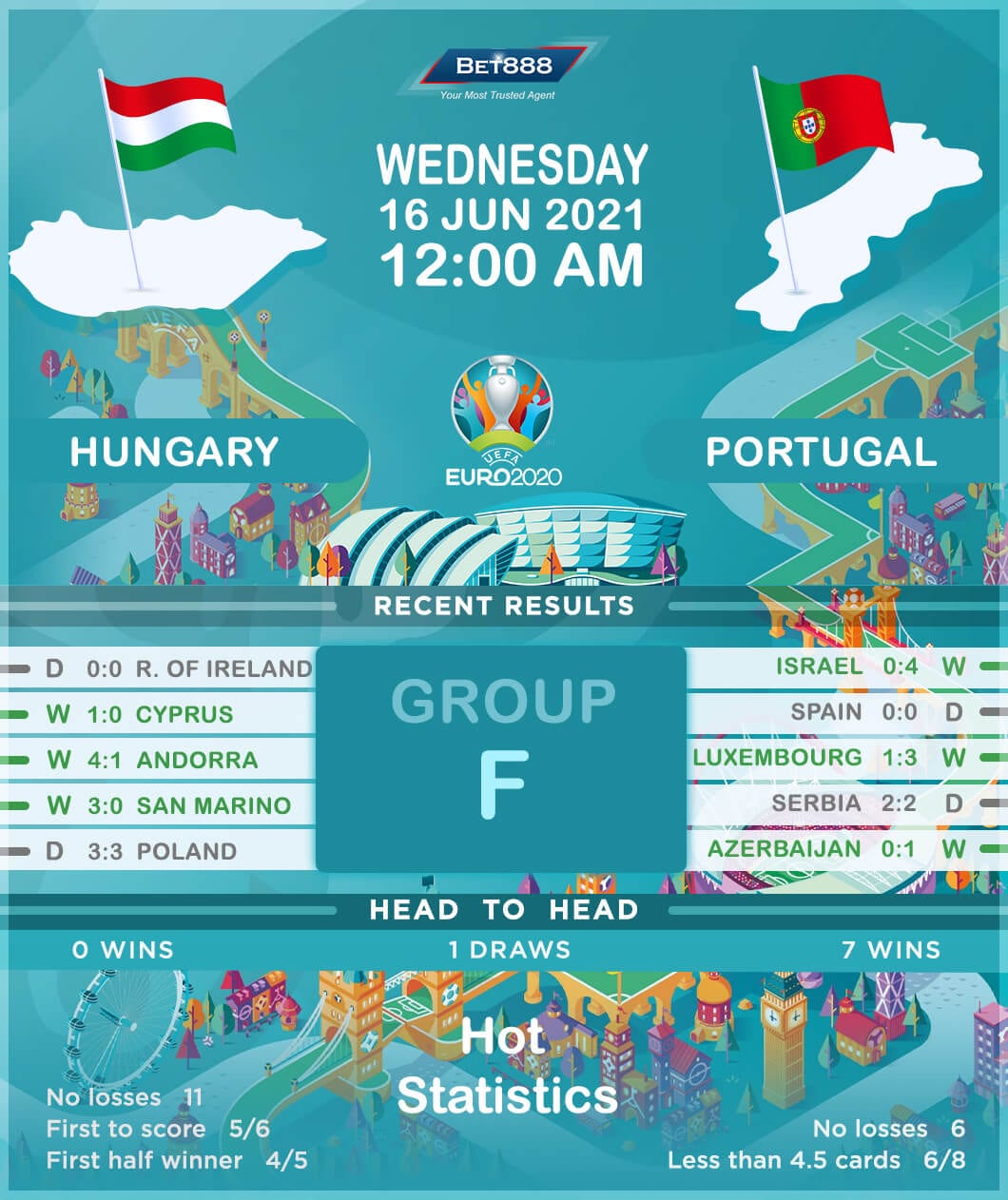