Sungui Arena Park is the venue as Incheon United and Gangwon go head-to-head in a tasty-looking K League 1 encounter.

After a brace of scoring draws with the likes of Ulsan Hyundai and Daegu, Incheon United have alternated between defeats (2) and victory (1) across their last three league outings. Still three points clear of seventh-placed Seoul, the hosts cannot afford another slip-up if they are to remain in the playoff frame. Playing at home may not necessarily boost Incheon’s hopes of getting back to winning ways. A hard-fought 1-0 home triumph over dead-last Seongnam last time out snapped the hosts’ abysmal run of four winless home league fixtures (D3, L1). Each of Incheon’s three top-flight home wins this season has yielded an identical 1-0 scoreline, suggesting the ‘Mariners’ may have to work their socks off to make it four.

As for Gangwon, a horrendous return of one win from 12 K League 1 matches (D5, L6) has left them four points above rock-bottom Seongnam. Yet, the visitors’ playoff hopes are not out of the realm of reality. But they’d have to launch a substantial winning streak to whittle down a seven-point deficit on sixth-placed Daegu. This trip to Incheon could be a good starting point, as they’ve racked up three victories in their last four top-flight H2Hs at Sungui Arena Park (L1). However, a run of four defeats from their five previous competitive away games (D1) implies they are unlikely to inflict another upset on Incheon. 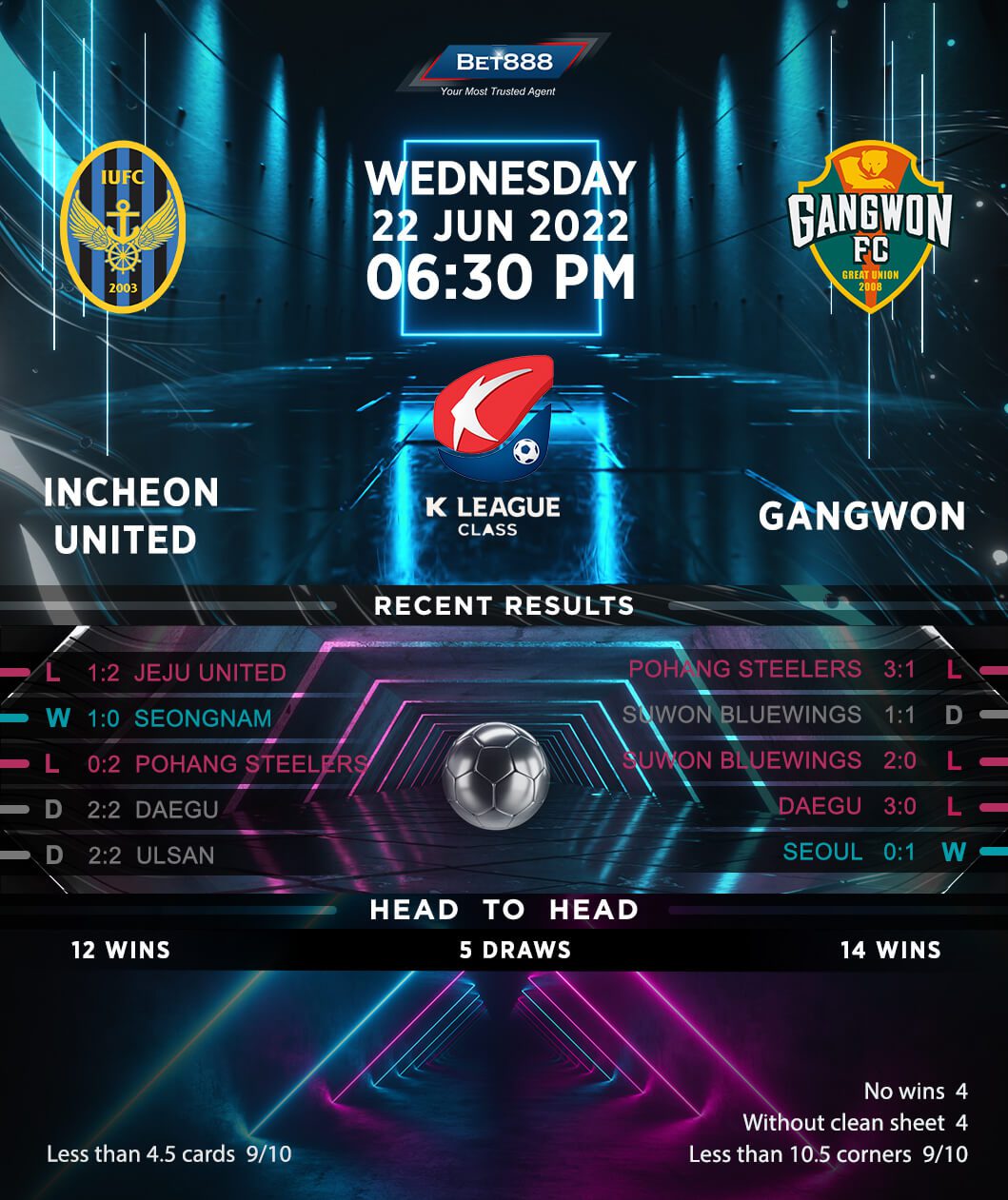