The United Arab Emirates travel to the Zabeel Stadium to take on rock-bottom Indonesia in a must-win 2020 World Cup qualifying showdown.

Indonesia’s hopes of securing a top-two finish in Group G are long gone, with the home team heading into proceedings as the only side in this section without a single win after seven matchdays (D1, L6). Indonesia’s defensive woes have seen them concede 2+ goals in all seven 2020 World Cup qualifying matches at an average of 3.14 goals per game. At home, the ‘Garuda Team’ have lost each of their three World Cup qualifying fixtures, conceding precisely three goals in each defeat, with seven of their nine goals shipped in this sequence coming in the second half of play. Going into this encounter as massive underdogs, Shin Tae-Yong’s men have lost both of their previous meetings with the UAE by an aggregate score of 7-9.

On the other hand, after suffering back-to-back qualifying defeats by a single-goal margin, the visitors have gone from strength to strength, winning their last two Group G fixtures by an aggregate scoreline of 7-1. A victory here would solidify the UAE’s hopes of securing a top-two finish, as they come into this matchday holding a three-point lead on third-placed Thailand. Easier said than done, with ‘Al Abyad’ losing both of their previous 2020 World Cup qualifying trips after conceding precisely one first-half goal. Interestingly, two of the UAE’s three away goals scored in the 2020 World Cup qualifying campaign have come inside the final two minutes of the first half. They have failed to score just once in their last eight road trips overall. 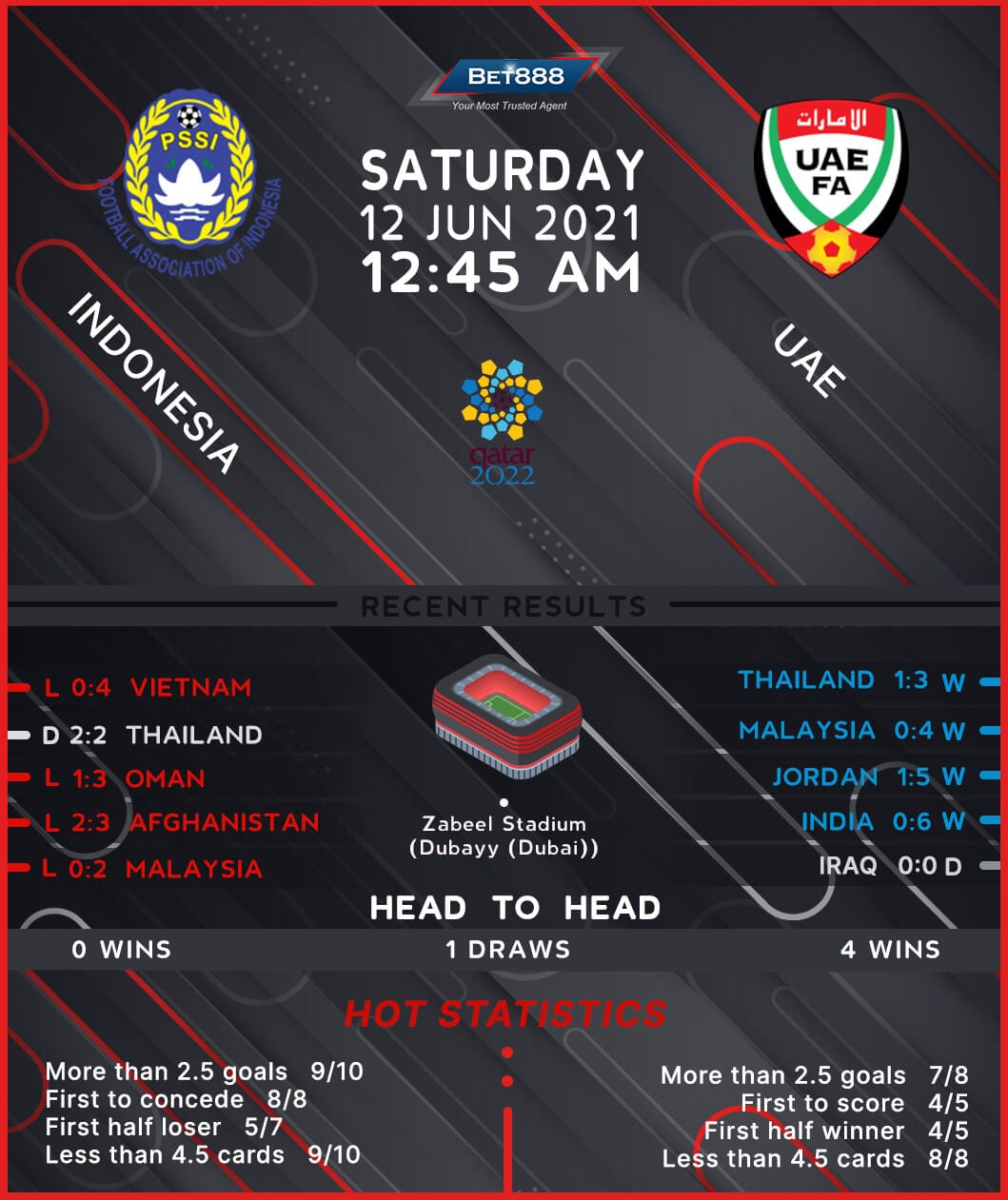