Los Angeles FC head to the DRV RNK Stadium to take on underperforming Inter Miami in their second MLS encounter. The Californian heavyweights won their only previous meeting with David Beckham’s franchise 1-0.

Inter Miami have experienced a false start to their second-ever MLS season, going from a 5-1 thumping at Austin FC on Matchday 1 to an uneventful ‘nil-nil’ draw with Chicago Fire last time out. But including the warm-up campaign, the ‘Herons’ are unbeaten in three consecutive home matches (W1, D2), all of which featured under 2.5 total goals. Though Inter’s inaugural MLS home game this season ended level, only two of their 17 league fixtures at the DRV RNK Stadium last term finished as a draw (W7, L8). With six of their last seven MLS home outings won/lost yielding multi-goal margins, the local crowd could be in for a treat should any side find an opener. That’s likely to happen, as only one of Inter’s 18 MLS home matches has ended goalless.

On the other hand, Los Angeles FC have failed to build on an overwhelming 3-0 win over Colorado Rapids on the opening weekend, drawing 1-1 at home against Portland Timbers last time out. Equally prolific either side of half-time, Steve Cherundolo’s men have netted precisely two goals apiece in both halves of play this MLS season. However, Los Angeles experienced a dismal run of away form down the final stretch of last season, picking up just one win from their final six MLS away fixtures in 2021 (D2, L3). Much of the blame for Los Angeles’ faltering on the road has to be pinned on a fragile backline that conceded 2+ goals in four of those six games. 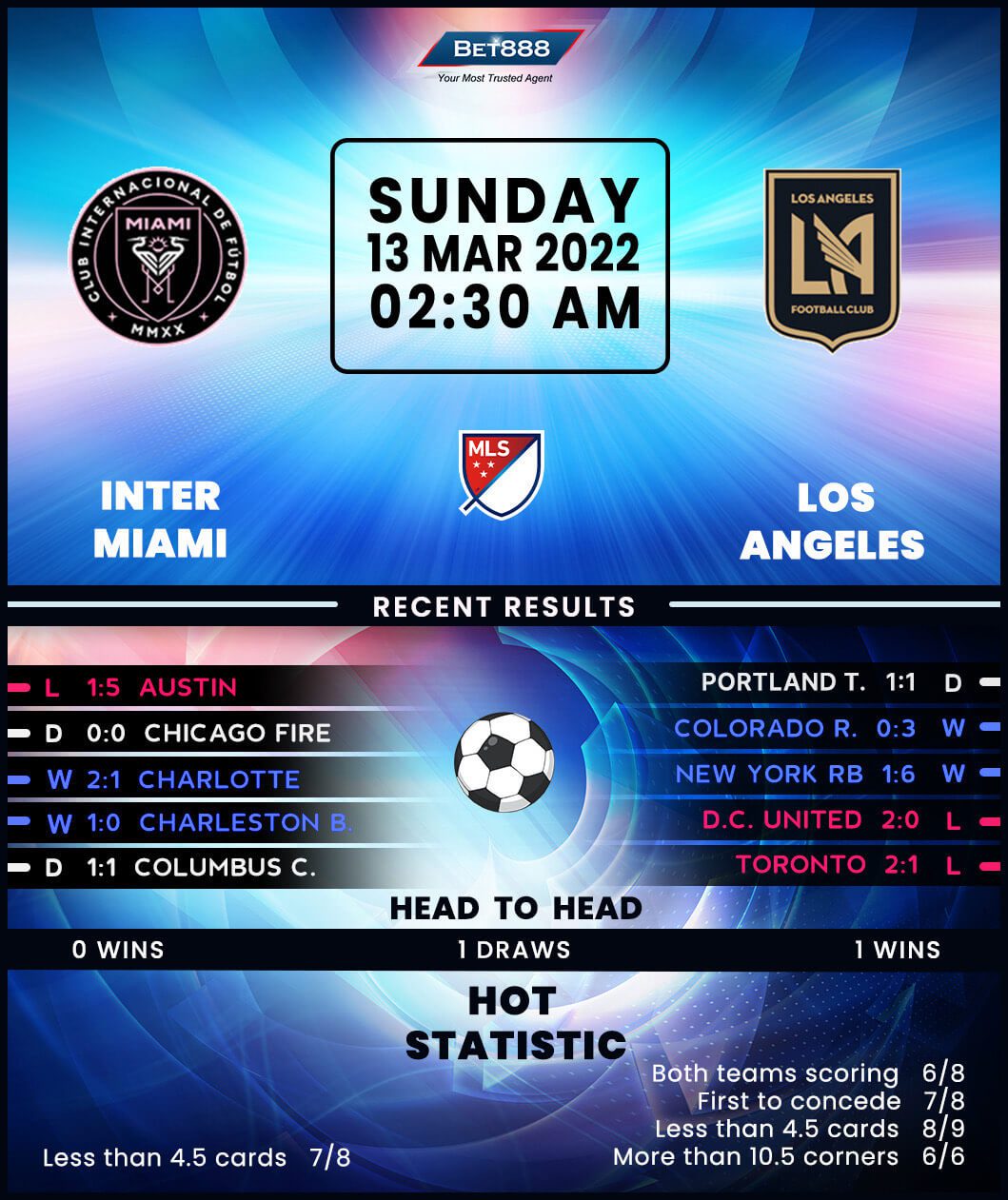