Inter Milan’s bid to haul back a two-point deficit on Serie A pacesetters AC Milan continues this weekend as they entertain bottom-half Empoli at the Stadio Giuseppe Meazza.

Inter survived a pulsating 20 minutes at Dacia Arena last time out to beat Udinese 2-1 and bounce back from a shocking defeat at Bologna, making it five wins out of six Serie A matches. Another successful weekend is on the cards, as ‘I Nerazzurri’ are unbeaten in their 13 previous Serie A meetings with Empoli, winning the last eight in a row while averaging two goals per game. Interestingly, none of Inter’s 13 Serie A meetings with Empoli at Meazza have ended level, with 13 wins for the reigning Italian champions in that spread of fixtures (L1). Adding to the home side’s confidence, Simone Inzaghi’s men boast a 100% win ratio against newly-promoted sides this season (5/5) and could make it six out of six for the first time since 2002/03.

In the meantime, Empoli squandered a 1-0 second-half lead to lose 3-1 to Torino at home last time out, as their disastrous run of form continues to hinder their bid to land a long-awaited top-half Serie A finish. It means that ‘Gli Azzurri’ head into proceedings having won just one of their last 18 league matches (D8, L9), courtesy of a stunning come-from-behind 3-2 home triumph over Napoli. Aurelio Andreazzoli’s men would like to play spoilsport for another title-chaser, yet their abysmal form on the road suggests otherwise. Empoli are without a win away from home since mid-December (D5, L5), while they’ve picked up just a single point from their last five Serie A travels (D1, L4), drawing a blank four times in that sequence. 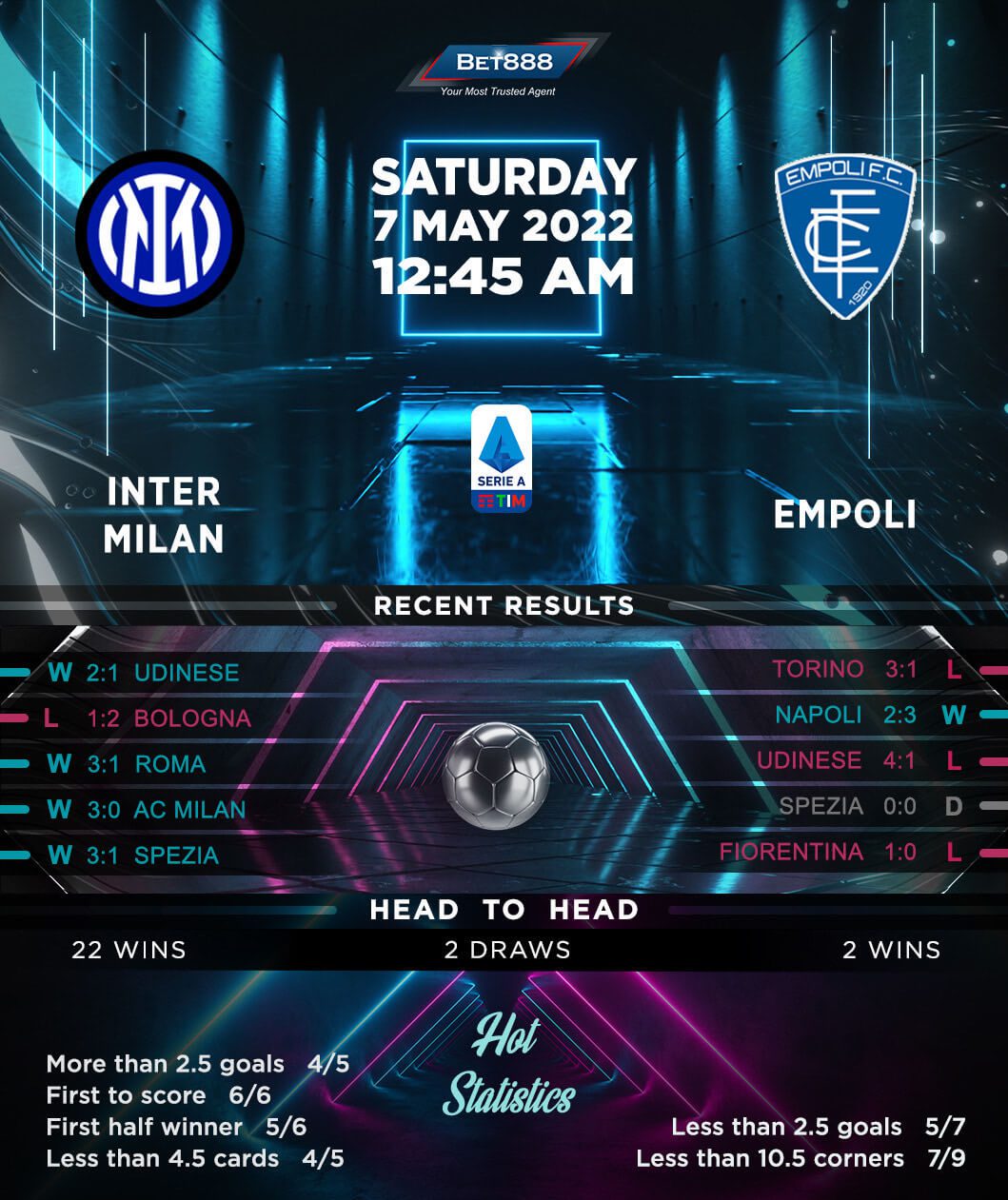