Stakes are high as Inter Milan and Fiorentina go head-to-head in a tasty-looking Serie A showdown at the Stadio Giuseppe Meazza.

Inter Milan’s crumbling Serie A title defence suffered another setback last time out as Alexis Sanchez’s last-gasp equaliser handed the reigning champions a 1-1 draw at bottom-half Torino. Except for a landslide 5-0 victory over basement boys Salernitana in their most recent home league outing, ‘I Nerazzurri’ are winless in five of their last six Serie A matches (D3, L2). Inter’s dismal run of form has seen them drop four points adrift of pacesetters AC Milan. But with a game in hand, Simone Inzaghi’s men are very much in contention to win back-to-back domestic crowns for the first time since 2009/10. Fiorentina’s visit to Meazza could swing momentum in Inter’s direction, as they’ve won 16 of their last 19 top-flight H2Hs on home turf (D1, L2).

In the meantime, Fiorentina eked out a narrow 1-0 home triumph over Bologna last weekend to snap a run of successive Serie A games without winning (D1, L1) and maintain their hopes of securing European football for next season. Sitting two points adrift of sixth-placed Roma, ‘La Viola’ will have to dig dip to defy their underwhelming five-game Serie A form away from home (D2, L2) and bounce back from a 2-1 loss at Sassuolo last time out. However, Vincenzo Italiano’s men have been struggling defensively on hostile turf this season, having failed to keep a clean sheet in any of their last ten Serie A away matches. Therefore, Fiorentina look unlikely to improve their road form here, especially after losing three of their last four top-flight visits to sides currently sitting above them in the standings. 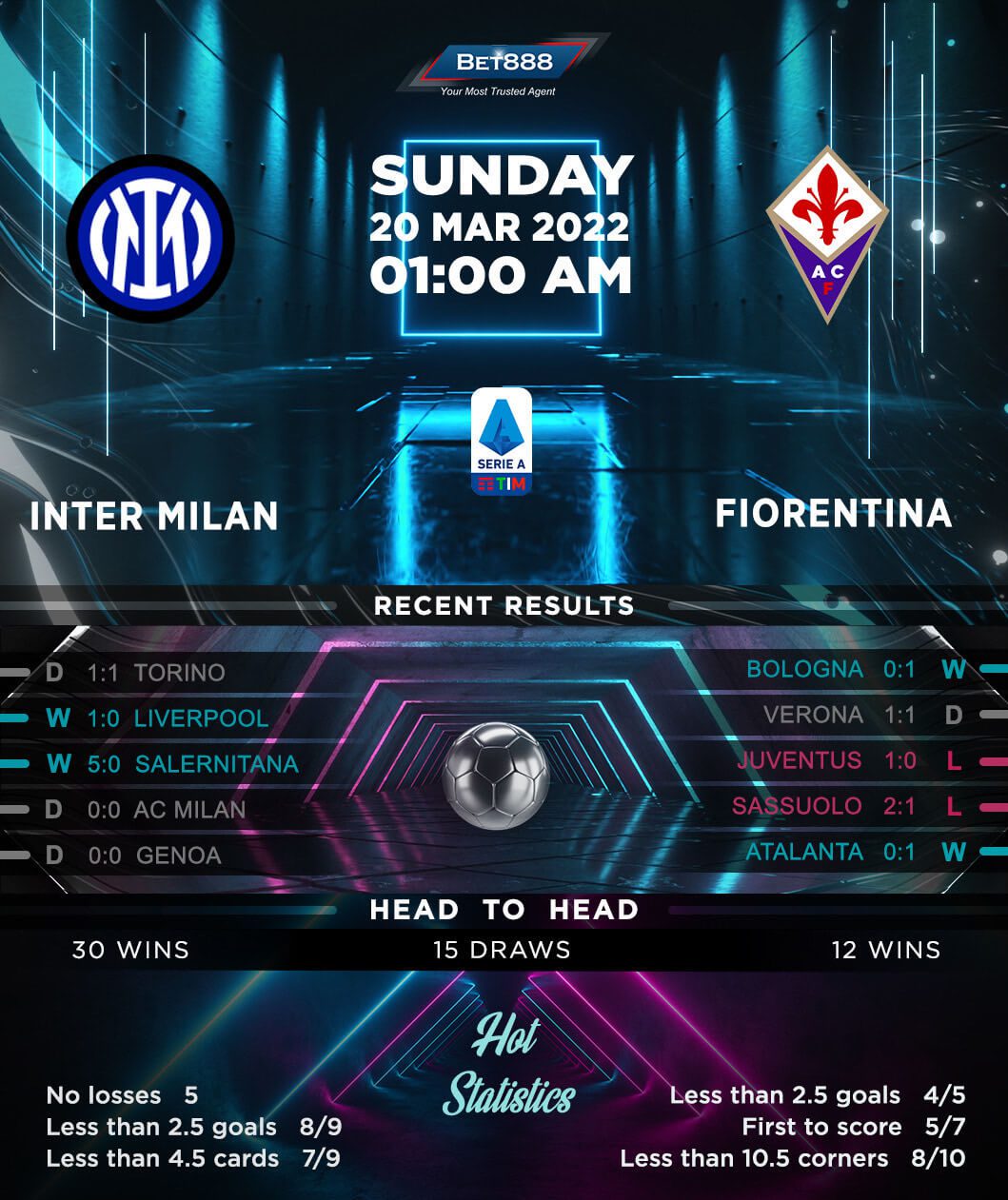