Inter Milan will be looking to exact revenge on Real Madrid when the two sides lock horns at the Stadio Giuseppe Meazza in their UEFA Champions League Group D curtain-raiser.

Led by new boss Simone Inzaghi, Inter’s 2021/22 Serie A season has been off to a flying start (W2, D1) as they hope to improve on their recent Champions League showings. Last season’s group stage elimination marked Inter’s third unsuccessful attempt to reach the Champions League knock-outs in a row. Real Madrid played their part in the Nerazzurri’s dismal bottom-placed finish in the 2020/21 Champions League campaign, winning both group stage legs by an aggregate score of 5-2. A 2-0 defeat at Giuseppe Meazza in November 2020 brought Inter’s seven-match unbeaten streak in European H2Hs on home turf to a halt (W5, D2). Additionally, the reigning Italian champions are now winless in their last seven European clashes against Spanish sides (D1, L6) since Jose Mourinho’s Inter side stunned Barcelona 3-1 in the first leg of their 20009/10 Champions League semi-final tie.

On the other hand, Carlo Ancelotti’s second stint at Real Madrid has started with a bang, with ‘Los Merengues’ going unbeaten in their opening four La Liga matches (W3, D1). Ancelotti knows a thing or two about beating Inter as his overall managerial record against the ‘Nerrazzuri’ reads positively (W16, D5, L11). Despite failing to land Kylian Mbappe in the summer, the Spanish heavyweights have been relentless in the front third, netting an average of 3.25 goals per competitive game this term. Confidence should be high in the traveling camp as ‘Los Blancos’ have come out victorious in 12 of their last 13 European encounters against Serie A adversaries (L1). What’s more, the visitors have won six consecutive UEFA-sanctioned trips to Italy by an aggregate score of 14-3. 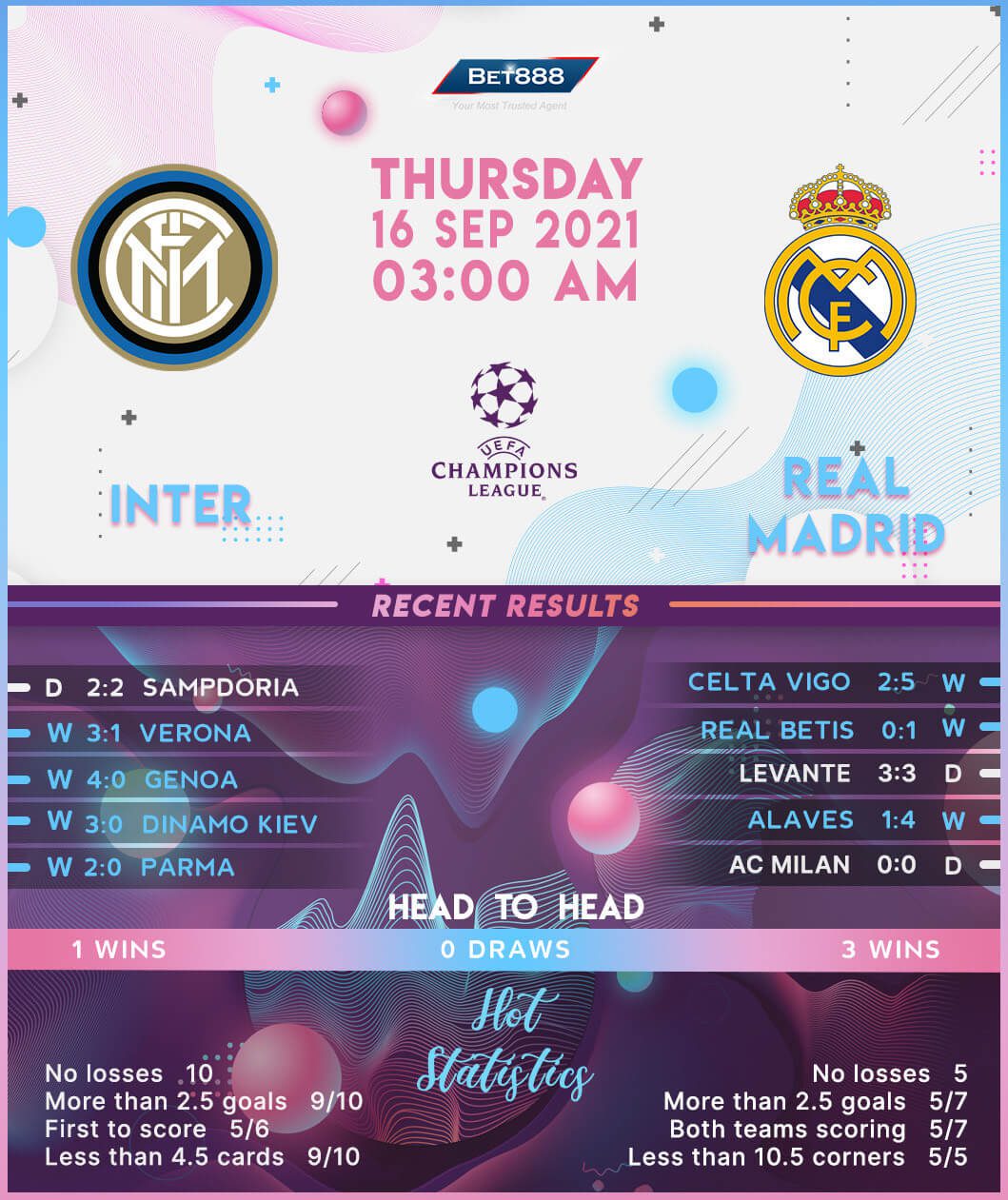