Inter Milan and Red Bull Salzburg are set to square off at the Tony Bezzina Stadium in a handsomely-looking club friendly.

Already a whopping 11 points off the Scudetto pace despite winning consecutive Serie A matches in the build-up to the 2022 World Cup, Inter Milan will have to gather momentum during the mid-season break if they’re to fashion what would be a memorable comeback. Simone Inzaghi’s men opened their warm-up campaign accordingly, demolishing sub-par Gzira 6-1 last time out on the back of a stellar 4-1 halftime lead. After failing to find the net in back-to-back competitive games in early November, ‘I Nerazzurri’ have netted 3+ goals across their last three outings, averaging a resounding five goals per match. Delivering action from the get-go, Inter noticeably scored 3+ goals before halftime twice across those three fixtures, highlighting the potential for an action-packed first half.

On the other hand, Red Bull Salzburg became the first team in the Austrian Bundesliga to book tickets for the playoff group before the Qatar World Cup, courtesy of a phenomenal 94% unbeaten ratio across their opening 16 league games (W12, D3, L1). Matthias Jaissle’s men have entered the mid-season break riding on a three-match winning streak in the Austrian top flight, with each win yielding a narrow one-goal margin. Yet there was a fluke interfering with their high-flying domestic form, with Inter’s arch-rivals AC Milan dismantling ‘Die Roten Bullen’ 4-0 in the ultimate Champions League group-stage round in November. If they’re to repair their image in the eyes of Italian fans, Salzburg will have to leave a two-game losing H2H record against Inter behind them. 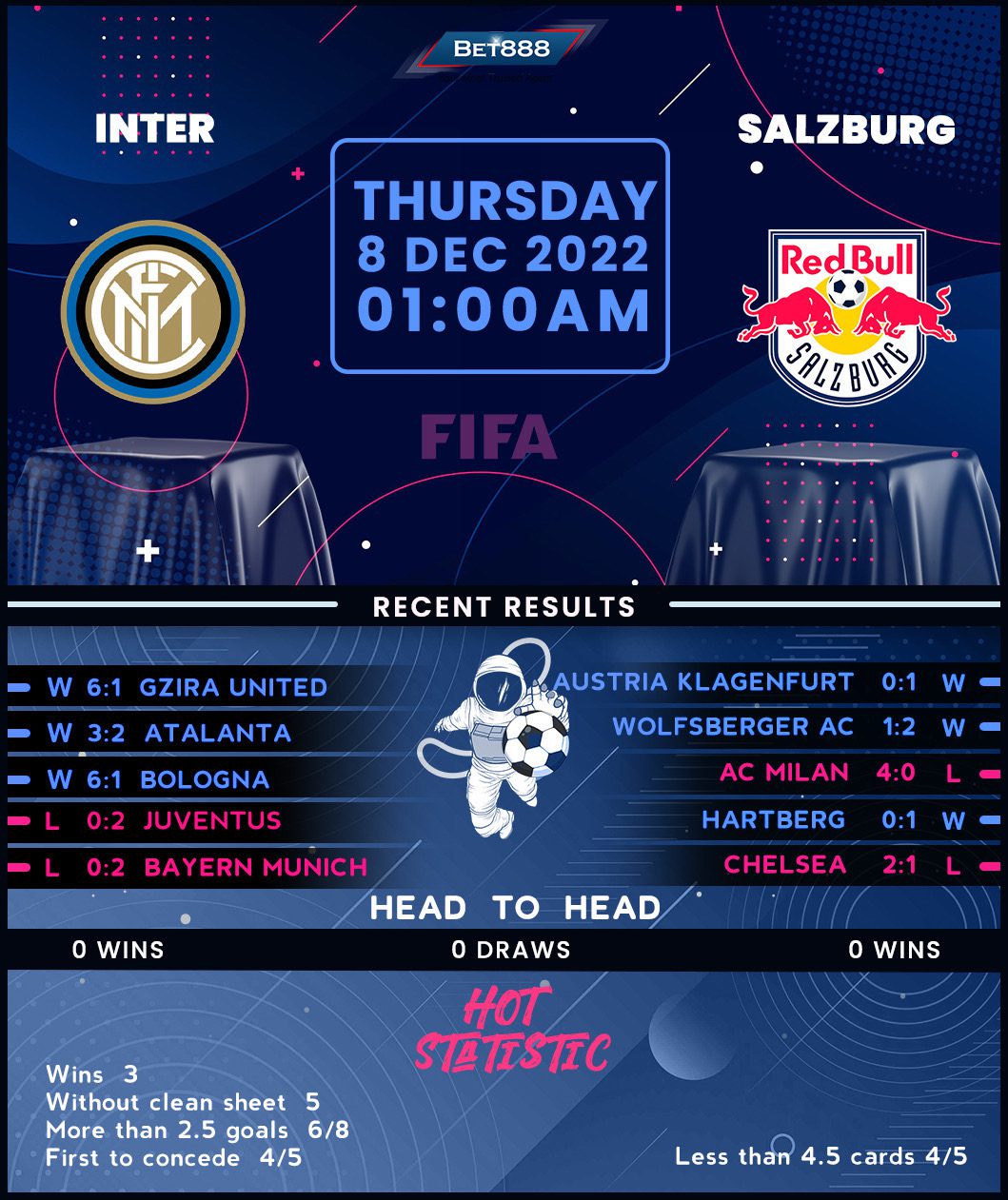