Inter Milan will be looking to keep their Serie A form trajectory on the upward curve when they take on bottom-half Spezia at the Stadio Giuseppe Meazza.

Inter followed up a 3-2 derby win over Napoli with a comfortable 2-0 weekend triumph at newly-promoted Venezia, coming to within four points of the Serie A leaders ‘Partenopei.’ Now unbeaten in six Serie A games in a row (W4, D2), ‘I Nerazzurri’ are overwhelming favorites against a Spezia side they’ve not lost to in the top-flight so far (W1, D1). Remarkably, since the turn of the 2020/21 season, no side across Europe’s top-five leagues has won more home league matches than Inter (21). Except for a 1-1 draw with Juventus in late October, Simone Inzaghi’s men have netted 2+ goals in each of their remaining five Serie A home outings this term, averaging 3.4 per game. What’s more, the reigning Italian champions have won the most midweek Serie A matches in the competition history (101), at least 19 more than any other side.

On the other hand, back-to-back Serie A defeats in the post-international break period have seen Spezia slide down the table as they take the field holding a slender one-point lead over 18th-placed Genoa. Only rock-bottom Cagliari (3) have registered fewer Serie A away points than Spezia (4) this season, with the visitors losing their last four league travels in a row since a 2-1 win at promoted Venezia in mid-September. Spezia’s defensive frailties have seen them concede 2+ goals in each of those four defeats, at an average of 3.5 per match. Despite their underdog status in the competition, the ‘Aquilotti’ have never drawn a blank in back-to-back Serie A games, though a 1-0 weekend loss to Bologna means they could do it for the first time. 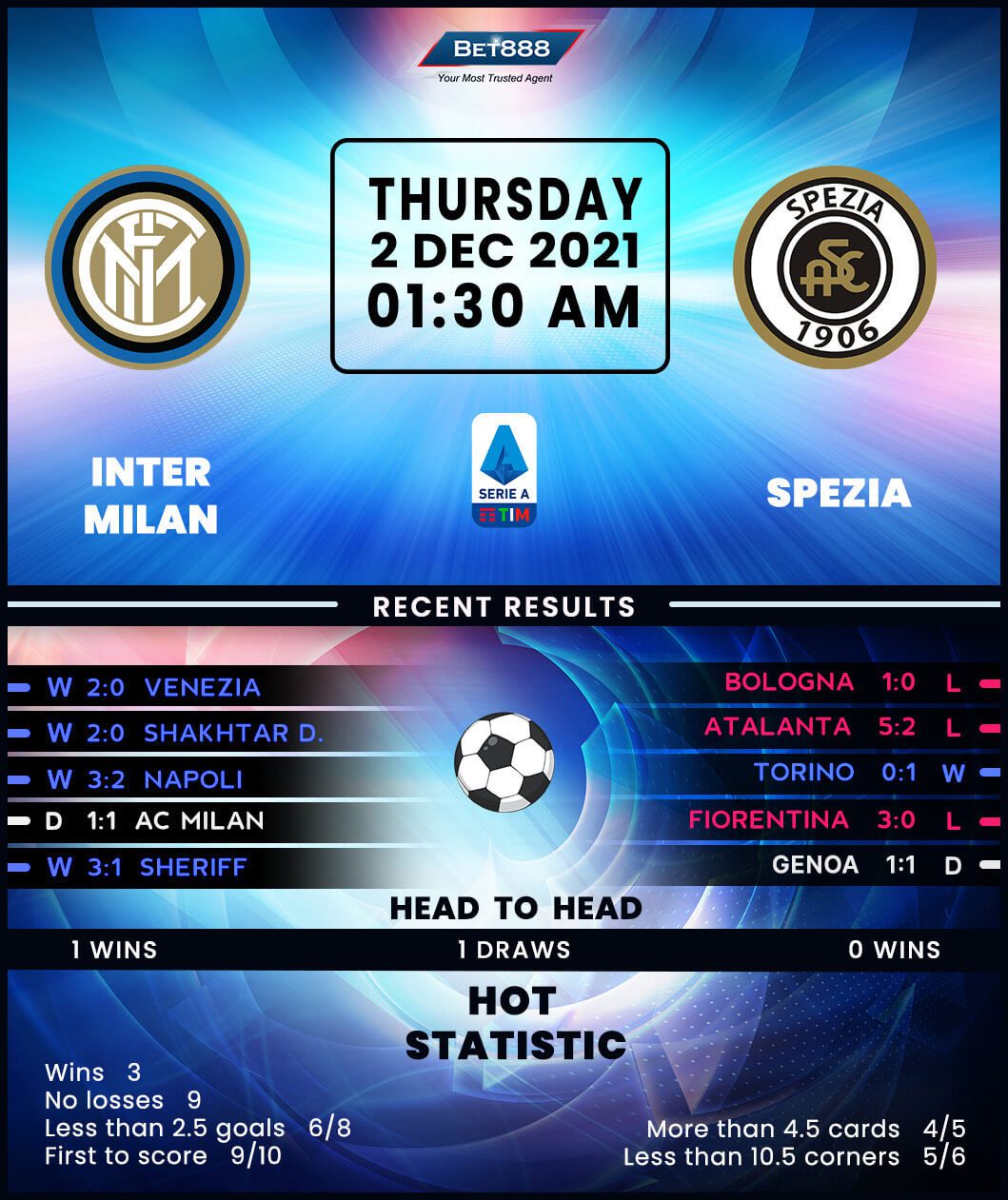