Stadio Giuseppe Meazza is the venue, as Internazionale and AC Milan go head-to-head in the Coppa Italia quarter-finals. Given Inter and Milan’s footballing stature, it may come as some surprise that they’ll meet in this competition for only the second time in the 21st century.

A dip in form has seen Inter go from five consecutive victories to winning just once in their last five competitive outings (D3, L1) if considering only 90 minutes of play. Before being held to a goalless away draw to Udinese at the weekend, ‘I Nerazzurri’ had got on the scoresheet in nine competitive matches in a row, scoring 2+ goals in six of them. At home, Antonio Conte’s men have lost just one of their nine domestic fixtures this season (W7, D1), though that reverse came at the hands of Milan (2-1 in October 2020). However, Inter had avoided defeat in nine home meetings with cross-town rivals on the bounce prior to the abovementioned loss (W6, D3) despite netting under 1.5 goals on five of those occasions.

Meanwhile, Milan head into this encounter on the back of a disastrous 3-0 home loss to Atalanta, which saw them fail to score for only the third time in 26 competitive games this season. Indeed, Stefano Pioli’s men have been prolific lately, scoring over 1.5 goals in seven of their last ten competitive fixtures! Since the beginning of the season, Milan have netted at least twice in ten of their 12 competitive trips, scoring precisely once in the other two. Remarkably, ‘I Rossoneri’ have not lost any of their previous 22 competitive away matches, the 2019/20 campaign included (W15, D7), with their last defeat in such contest coming precisely against Inter (4-2 in February 2020). Another encouragement for the visitors is that they’ve kept a clean sheet in three of their last five away games in all competitions, including both this calendar year. 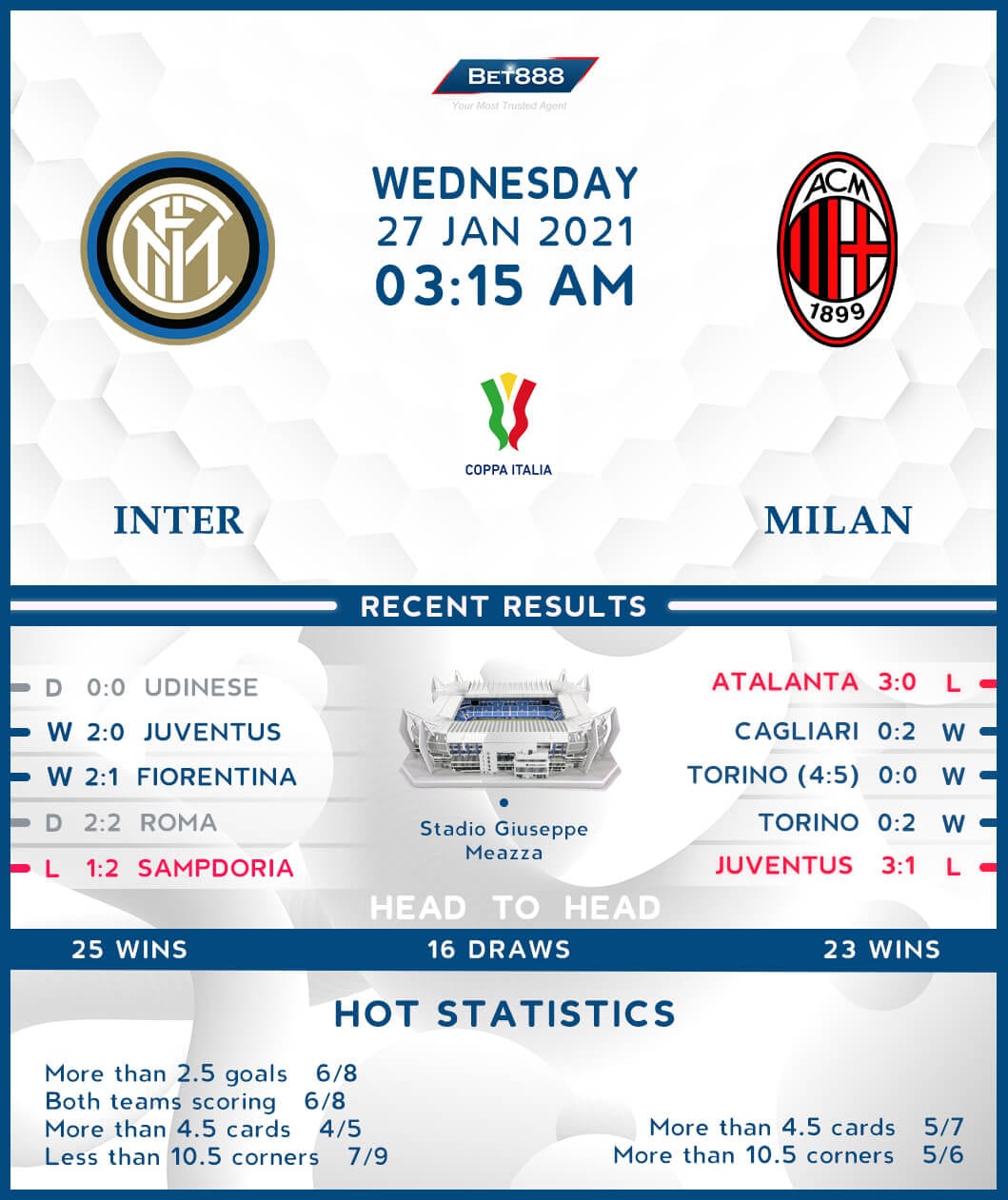