Internazionale and Atalanta are set to face-off at the Stadio Giuseppe Meazza in a high-stake Serie A encounter.

The hosts are enjoying their best winning run at home in Serie A (9) since 2011 (13), having returned an intimidating +20 goal difference from that stretch of fixtures (GF27, GA7). Overall, they have won their last six league matches by an aggregate score of 17-2. Though Atalanta are no pushovers, ‘I Nerazzurri’ remain the betting favorites to seal all three points, having not lost any of their last six top-flight meetings held at the Giuseppe Meazza (W4, D2). Inter’s tally of 35 goals scored at home is the joint-best in Serie A this season, but no side has netted more second-half goals in home league matches than the Lombardian giants (24). Antonio Conte’s men boast the ability to finish off their home Serie A fixtures strongly, notably scoring the last goal on the day in 11 of their 12 home league outings so far.

Meanwhile, Atalanta head into proceedings amid a purple patch of their own, having racked up a four-game winning Serie A streak since a 3-3 home draw with Torino on Matchday 21. Furthermore, ‘La Dea’ have won each of their last three Serie A away matches without conceding and now aim to keep a clean sheet in a fourth consecutive away top-flight fixture for only the third time in the club’s history. Notably, Gian Piero Gasperini’s men have only suffered one defeat in their 12 Serie A trips this season (W7, D4), courtesy of a 4-1 thumping to Napoli on Matchday 4. Even if they concede the opening goal, the visitors should have enough character to bounce back, impressively avoiding defeat in three of the four away Serie A games in which they fell behind this term (W1, D2, L1). 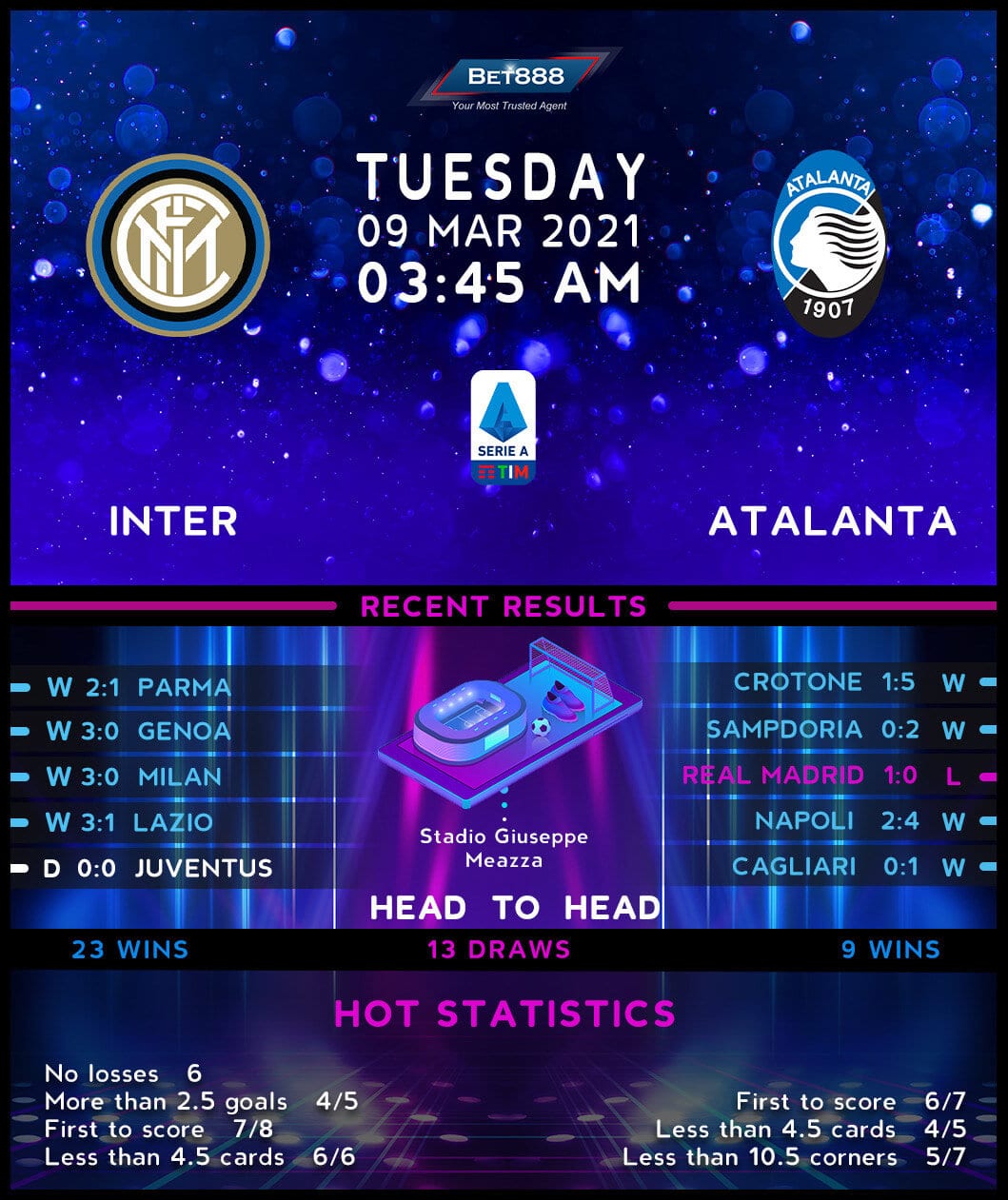