Internazionale will be looking to keep their momentum going when they meet out-of-sorts Benevento at the Stadio Giuseppe Meazza this weekend.

Fresh from dumping cross-town rivals AC Milan from the Coppa Italia, Inter will be looking to extend their unbeaten Serie A streak to four games (W1, D2). Remarkably, Antonio Conte’s men have won each of their last six Serie A home matches, scoring 18 goals while conceding only six in return! Additionally, ‘I Nerazzurri’ have won each of their four competitive meetings with Benevento this millennium by an aggregate score of 15-5. Adding to this sentiment, Inter boast the second-best goal-scoring record in Europe’s top-five leagues post lockdown, having netted 77 goals since the resumption of football in May 2020. Tremendously prolific after the half-time break, the hosts have registered a clear majority (72%) of their Serie A goals scored at home this season in the second half of play (18/25).

As for Benevento, they have let in over 1.5 goals in each of their last three Serie A outings (D1, L2), with seven of their ten goals conceded in that time coming in the second half. The visitors can take some confidence from the fact that they’ve kept a clean sheet in three of their last four away league matches, conceding precisely once per game in two of the other three. Interestingly, none of the five Serie A trips in which ‘Gli Stregoni’ shipped the opening goal this season have ended in a draw (W2, L3). Filippo Inzaghi’s men have posed a real threat from set-pieces this season, scoring the division second-high 12 goals from such plays. Early action has highlighted Benevento’s road fixtures this season, as five of their nine away Serie A games have featured a goal within 15 minutes. 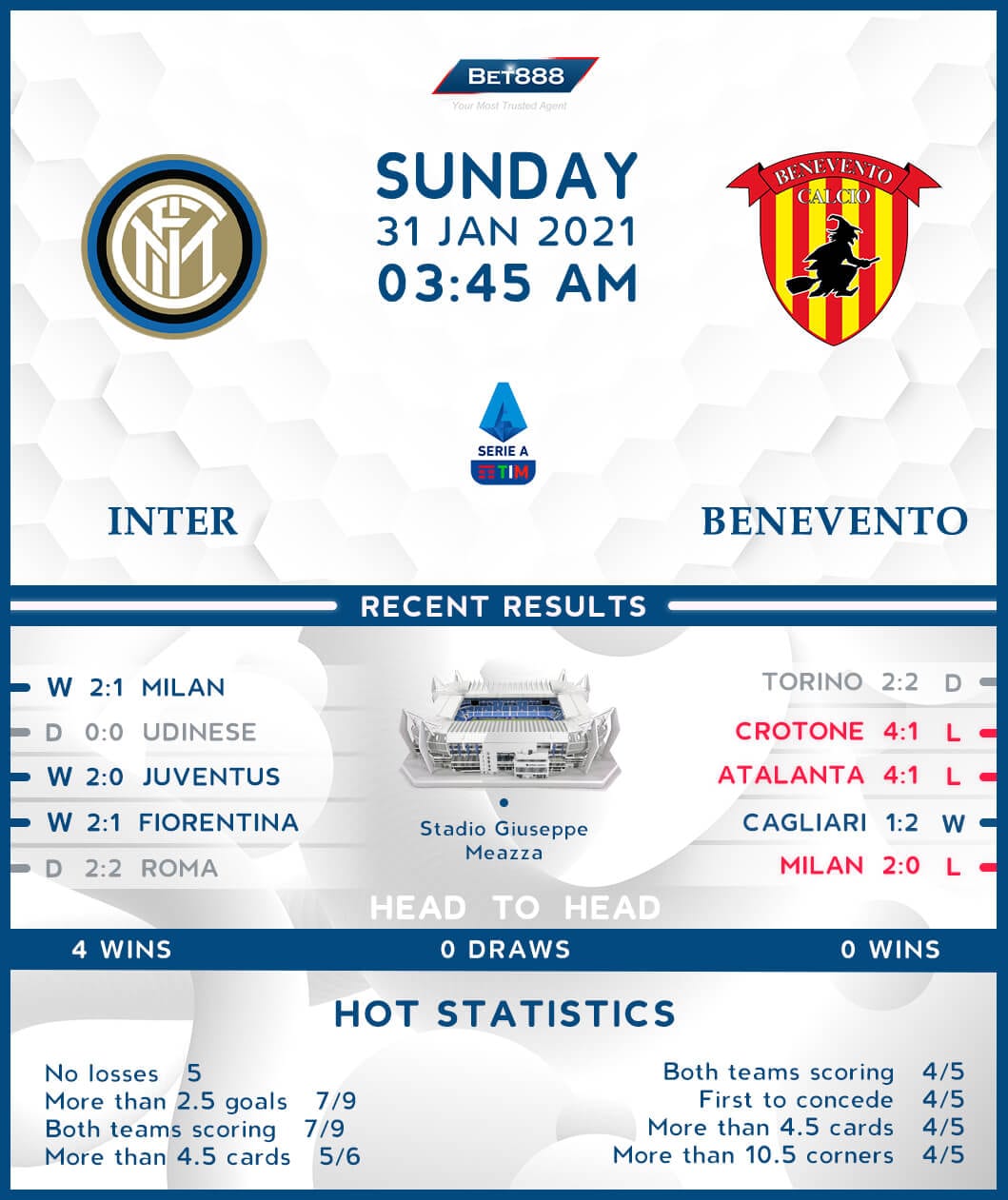