Encouraged by a 3-2 win over Borussia Monchengladbach in the Champions League midweek, Internazionale will be looking to bring a two-game losing Serie A run against Bologna when the two sides lock horns at the Stadio Giuseppe Meazza.

A decent start to their Serie A season has seen Inter lose just one of their opening nine league fixtures (W5, D3) and none of their last five (W3, D2). Free-scoring ‘Nerazzurri’ have netted a league-high 23 goals so far, 14 (60.87%) of which have arrived in the second half of play. Indeed, Inter’s slow starts have seen a clear minority (18.18%) of their Serie A goals scored at home come before half-time (2/11). It’s, therefore, not strange that Antonio Conte’s men have shipped the opening goal in all of their four top-flight home matches this season. Additionally, a lack of defensive quality has seen Inter concede over 1.5 goals in each of those four games, letting in a total of nine (more than any other side currently sitting in the top eight).

On the other hand, the visitors have won both of their previous Serie A matches via single-goal margins, which now means that none of their nine league games this term has ended level (W4, L5). Before beating Sampdoria 2-1 in their last Serie A trip, Bologna had suffered three consecutive league defeats on the road. Three results (win/loss) in that four-game sequence came by a one-goal margin after the first-half ending level. Another tight contest is well on the cards, considering that each of their last seven Serie A H2Hs held at this venue has ended separating the teams by under 1.5 goals (W3, D2, L2). But, five of their six previous such clashes have seen both sides score, with four producing over 2.5 goals. 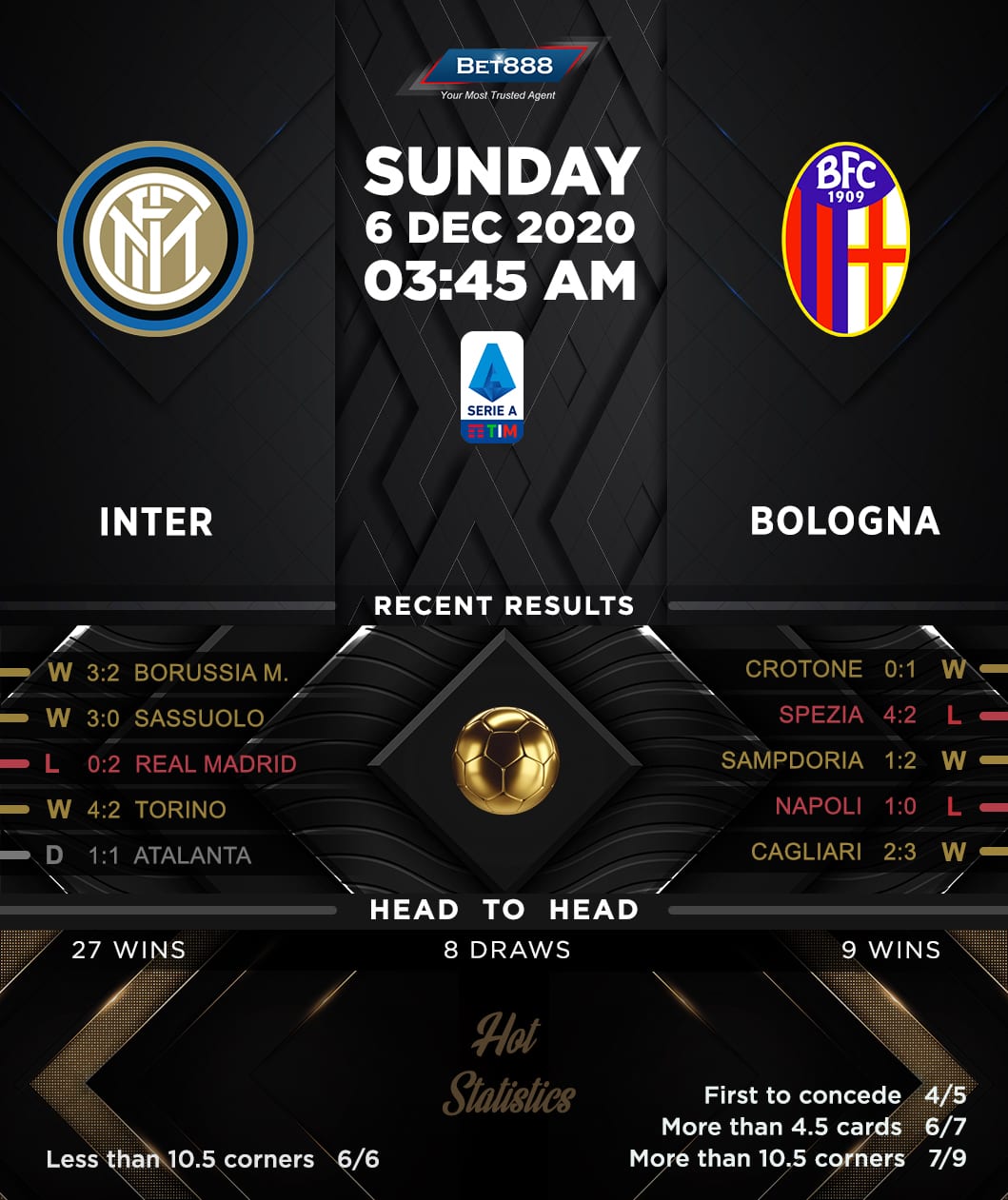